Open letter to the African Union, African heads of state and African governments

We, the undersigned, representing the Africa Emergency Technology Response Forum (AETRF), an informal network of African technology professionals engaged in the Ebola crisis response on the continent and in the diaspora, herein convey our concern about the current Ebola virus disease outbreak and call for more concerted efforts to bring robust technological responses to the crisis. 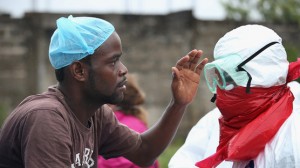 According to the World Health Organization, “The 2014 Ebola virus disease outbreak continues to evolve in alarming ways, with the severely affected countries … struggling to control the escalating outbreak.”

Recognizing that information technology is exploding throughout the continent and even the most remote areas have tremendous mobile technology coverage, the AETRF urges greater attention to technology as a means of controlling the outbreak. The AETRF believes that the expertise of technology professionals, practitioners and volunteers can be more effectively harnessed to curtail the monster virus and save lives.

The Ebola virus disease outbreak cannot be effectively controlled without the critical inclusion, deployment, application and use of information technology infrastructure, tools and enabling resources.

According to the World Health Organization, “The 2014 Ebola virus disease outbreak continues to evolve in alarming ways, with the severely affected countries … struggling to control the escalating outbreak.”

While we commend the constructive interventions already in place, we recognize that more needs to be done. The AETRF calls on all African heads of state and governments to endorse and approve the following recommendations aimed at combating the Ebola outbreak while also helping to build the infrastructure to avoid future catastrophes and save lives:

With these recommendations, we wish to reaffirm our commitment to global efforts to halt the spread of the Ebola virus on the African continent.

With the highest regards,

This letter has also been posted as an online petition; readers are urged to sign it, at Change.org. To contact AETRF, email ebolatechresponse@gmail.com and visit http://www.techresponsestocrisis.com/. Consultant Kambale Musavuli reports that a significant response to this letter, which was issued Sept. 15, came only four days later. On Sept. 19, Politico reported: “Steve VanRoekel, the chief information officer at the White House, is leaving his post to help coordinate the administration’s response to the Ebola outbreak ravaging West Africa.”