When I first met Elder, he was introduced to me as Kojo. The Black Panther I knew as Kojo walked the yard of San Quentin with the noble stature of a revolutionary.

He served his time with the dignity and the spirit of a caged Panther. I know that spirit, as it was reflected by the many other Panthers who were serving time in San Quentin, like Geronimo ji jaga, the indomitable Chip Fitzgerald and many others.

Back in the ‘70s, San Quentin was a dangerous prison, where someone could lose his life in the blink, yet Kojo/Elder walked the main yard with no fear. He often counseled me in my youthful defiance of any potential threat, providing insights on survival.

Indeed, I can attribute Elder’s wisdom and that of Geronimo to keeping me security conscious at a time when they knew I was conducting the U.S. Prisoners Campaign to the United Nations. Elder and Geronimo offered advice when we were able to share how the campaign was developing.

Upon my parole to New York State Department of Corrections in 1977 and soon thereafter Elder’s release from prison, he continued to support Geronimo and assert himself in the progressive movement with the wisdom of a veteran Panther. This is the Elder you all know and respect.

Although I never met Roland, I am confident his support of Ronald was without reserve. Two brothers, two spirits so interconnected, so entwined that death could not keep them separated. We need to celebrate their relationships by trying to exemplify their brotherly love and commitment to one another in life and struggle. If there was ever an example for us to emulate as revolutionaries, it is the kind of connection they exhibit. 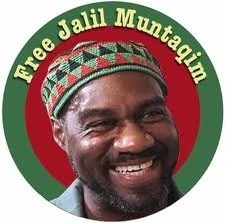 Therefore, to honor their transition, let us strengthen our commitment to one another as revolutionaries and seek to complete the unfinished business they were committed to in life and struggle.

Send our brother some love and light: Anthony J. Bottom, 77A4283, Attica C.F., P.O. Box 149, Attica, NY 14011-0149. He writes in a cover letter: “There have been many folks making their transition of late. We are in the twilight of an era of the ‘60s and ‘70s and need to ensure the next generation learns our invaluable lessons. I sincerely hope young people are trying to soak up these lessons and seek to improve from our errors.”