In a series of recent segments from the continent, 60 Minutes has managed, quite extraordinarily, to render people of Black African ancestry voiceless and all but invisible.

Two of these segments were remarkably similar in their basic subject matter, featuring white people who have made it their mission to rescue African wildlife. In one case these were lions and, in another, apes. People of Black African descent make no substantial appearance in either of these reports, and no sense whatsoever is given of the countries visited, South Africa and Gabon.

The third notable recent segment was a visit by your correspondent Lara Logan to Liberia to cover the Ebola epidemic in that country. In that broadcast [which cannot be reposted – ed.], Africans were reduced to the role of silent victims. They constituted what might be called a scenery of misery: people whose thoughts, experiences and actions were treated as if totally without interest. Liberians were shown within easy speaking range of Logan, including some Liberians whom she spoke about, and yet not a single Liberian was quoted in any capacity. 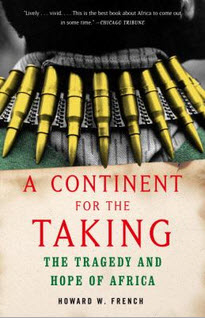 Taken together, this anachronistic style of coverage reproduces, in condensed form, many of the worst habits of modern American journalism on the subject of Africa. To be clear, this means that Africa only warrants the public’s attention when there is disaster or human tragedy on an immense scale, when Westerners can be elevated to the role of central characters, or when it is a matter of that perennial favorite, wildlife.

As a corollary, Africans themselves are typically limited to the role of passive victims, or occasionally brutal or corrupt villains and incompetents; they are not otherwise shown to have any agency or even the normal range of human thoughts and emotions. Such a skewed perspective not only disserves Africa, it also badly disserves the news viewing and news reading public. 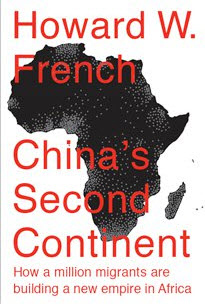 We have taken the initiative of writing to you because we are mindful of the reach of 60 Minutes and of the important role that your program has long played in informing the public. We are equally mindful that American views of Africa, a continent of 1.1 billion people, which is experiencing rapid change on an immense scale, are badly misinformed by much of the mainstream media. The great diversity of African experience, the challenges and triumphs of African peoples and, above all, the voices and thoughts of Africans themselves are chronically and woefully underrepresented.

Over the coming decades, Africa will become the backdrop of some of the most significant developments on the planet, from unprecedented population growth, urbanization and economic change to, potentially, the wholesale reconfiguration of states. We would like to see 60 Minutes rethink its approach to Africa and rise to the challenge of covering topics like these, and many more, that go well beyond the bailiwick of the staid and stereotypical recent examples cited above. In doing so, 60 Minutes will have much to gain, as will the viewing public.

Howard W. French, Associate Professor, Columbia University Graduate School of Journalism, and author of “China’s Second Continent” and “A Continent for the Taking: The Tragedy and Hope of Africa”

Daniel Fahey, Visiting Scholar at UC Berkeley, Served on the U.N. Group of Experts on DRC 2013-2015

Sarah Forzley, lecturer in the English department at the University of Paris 10- Nanterre (France)

Professor Howard W. French, prior to joining the faculty at Columbia, spent 23 years as a foreign correspondent, much of the time as senior writer for the New York Times, his work in both Africa and China nominated for the Pulitzer Prize. He lived in West Africa from 1979 to 1986 and speaks five languages: English, Chinese, Japanese, French and Spanish. He can be reached at globetrotter@howardwfrench.com. Visit his blog, A Glimpse of the World, where this letter first appeared.