Frisco filmmaker Kevin Epps is at it again with his weapon of choice, his camera. This time, the “Straight Outta Hunters Point” filmmaker just released his new film, “Solutions Not Suspensions,” which takes a look at who is being suspended from the San Francisco Unified School District and under what circumstance.

He is taking a stand on an issue that does not get a lot of attention in our community. People, at the end of the day, have to stand for something or fall for anything. What is more worthy than standing up for our youth and against the issues they are facing? Check out Kev Epps in his own words.

M.O.I. JR: Can you tell the people about your latest film? How did you come up with the concept?

Kev Epps: “Solutions Not Suspensions” is a film examining education and the disturbing systemic school-to-prison pipeline and how restorative justice and restorative practices can make a difference. This film project was inspired by the community-led campaign to shed light on this injustice.

M.O.I. JR: Why is it important to look at school suspensions as more than just a behavioral issue?

Kev Epps: It’s critically important. We hold schools in high regard and they generally suspend, expel, incarcerate and criminalize our Black and Brown kids, especially young Black males. Black kids make up more than 50 percent of school suspensions, yet they make up less than 10 percent of the school population in the San Francisco Unified School District.

M.O.I. JR: Is there a connection between suspensions and incarceration?

Kev Epps: Direct connection. Our young people are being labeled as criminals early and pushed into the criminal justice system by the school system.

M.O.I. JR: How do you plan to promote this film?

M.O.I. JR: How long did it take to create this film?

Kev Epps: It took 18 months. With Coleman Advocates, we followed the youth- and community-led campaign to address this injustice.

M.O.I. JR: What is next for your career? 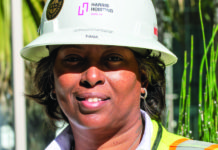 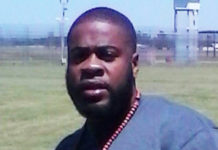