Re: Urgent need for independent medical treatment for Mumia Abu-Jamal

He was initially placed in the prison infirmary for the severe skin problem, released back into general population only to become sicker, very possibly as a result of inappropriate treatment for the skin problem. Most serious, despite three blood tests during his stay in the infirmary, he was not diagnosed for the diabetes he had developed, which only weeks later led to his going into diabetic shock.

He was rushed to the ICU at the closest hospital and had his sugar level somewhat stabilized only to be returned to the prison two days later while still very sick, causing more medical crises. Mr. Abu-Jamal is in immediate need of medical help from outside the prison system as the neglect and malpractice of the Department of Corrections is directly responsible for the inadequately addressed and alarming deterioration of his health.

We, the undersigned, call on Governor Thomas Wolf and Secretary John Wetzel to promptly authorize the independent doctors Mr. Abu-Jamal has chosen to coordinate his diagnosis and treatment plan, and to involve the specialists needed to address his many medical challenges. This would require allowing those doctors 1) to have regular phone access with Mr. Abu-Jamal while he is in the infirmary, 2) to be able to communicate freely and regularly with the prison infirmary physicians who are overseeing Mr. Abu-Jamal’s care, and 3) to schedule an immediate independent medical examination.

The horrific medical care Mr. Abu-Jamal has received at SCI Mahanoy with life threatening consequences is by no means unique to him. The epidemic level of diabetes throughout Pennsylvania’s prisons and the skin problems and hepatitis infections many of the prisoners experience speak volumes about the vulnerability to serious disease that simply entering the prison system causes.

We, therefore, call for an independent investigation of the Pennsylvania Department of Corrections medical system. In particular, this investigation must focus on profit-making organizations hired by the Department of Corrections that place priority on cost cutting rather than the quality of care provided to prisoners, resulting in fewer referrals to hospitals when needed and more deaths.

Finally, given the extensive evidence of Mr. Abu-Jamal’s innocence, long prevented from being addressed fairly in the courts, and now the evidence that Mr. Abu-Jamal’s very life is in danger while in the prison system, we call for his immediate release from prison.

Farhang Jahanpour, Former Professor and Dean of the Faculty of Languages at the University of Isfahan, Tutor, Middle Eastern Studies, Department of Continuing Education, University of Oxford 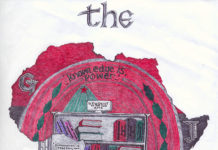