The screams traveled in the wind. Some so faint you could hardly hear, some so loud you couldn’t see. A gust of hurt blew in my face as I walked onto the oddly silent stretch of Mama Earth called Mission Tierra in Fremont, California, the ancestral land of the Ohlone peoples.

The screams belonged to the ancestors. They always greet me when I walk onto these stolen spaces called Missions that are the locations of so many decades of colonial genocide to Native people of Turtle Island. Once the screams start, they never quit.

For the last few months, myself and other POOR Magazine family of poverty and indigenous skolaz have been traveling to Missions across CalifAztlan alongside First Nations elders and revolutionaries to address the 21st century violence of granting sainthood to Junipero Serra by Pope Francis.

“As an Ohlone woman who has ancestors that were enslaved at both Mission Dolores in San Francisco and Mission San Jose in Fremont, I am disgusted and appalled that the Roman Catholic Church is going through with the canonization of the genocidal maniac Junipero Serra,” explained Corrina Gould, First Nations warrior, woman leader and truth revolutionary, speaking to a convening in July at Mission Tierra entitled “Serra: Saint or Sinner?”

For the few people who still believe the colonizers’ washed history we are all taught in the “public” schools, the genocide perpetrated against Native people by the Catholic Church and its many agents, aka “missionaries,” is well-documented.

There is no secret that in the lie of discovery, the church played a huge role in the theft of land, and Junipero Serra, who spent 15 years in California, was responsible for the torture and death of thousands of indigenous people, including babies and mothers. He was part of a reign of colonial terror that lasted hundreds of years and used the name of the revolutionary African Jew Jesus (Yeshua) in vain.

“So many of my ancestors were killed because of missionary colonization, the truth needs to be told. That’s why we indigenous people are here today,” said Kim DeOcampo through her tears to the room filled with nuns, priests and catholic parishioners who seemed very sold on the canonization of Serra as though it was a done deal.

The unwashed history of Serra’s brutalization

Using indigenous bodies for brutal slave labor, Junipero Serra “founded” nine of 21 Franciscan missions along the Pacific coast. Some of them became cities, like San Diego and San Francisco. And, as usually is the case with the perpetrators of gentrification, mass redevelopemt, globalization, land theft, colonization and other acts that support the white supremacist power grid that is Amerikkklan, Junipero Serra receives “accolades” and monuments at both the Capitol in Washington and California’s Capitol in Sacramento.

These colonial lies are funneled into our minds as 8- and 9-year-old children in our public school curriculum. We are told to make small “mission” mock-ups with friendly priests and happy indigenous people as part of a California “history” lesson.

But what is always missing, just like it’s missing from most of the historical lies written by the ruling class who have a stake in us collectively being numbed into believing white supremacy ideology, is the real story of the mass torture, beatings, murder and sexual abuse of literally thousands of humans to ultimately establish the U.S.

“They were all bound with rawhide ropes, and some were bleeding from wounds, and some children were tied to their mothers. The next day we saw some terrible things. Some of the runaway men were tied to sticks and beaten with straps. One chief was taken out to the open field and a young calf which had just died was skinned and the chief was sewed into the skin while it was yet warm. He was kept tied to a stake all day, but he died soon and they kept his corpse tied up,” wrote Vasali Turkanoff, a Russian explorer who witnessed the torture at the missions himself.

If the claims of torture and abuse are questioned, one need only read the personal diaries of Serra himself, documenting all his brutality like it was a clinical study. Babies and mamas sexually and physically tortured and thrown over cliffs; people’s hands and fingers were cut off and they were beaten until they bled to death, brutally punished if they didn’t pray, dress or speak in the way that satisfied the missionaries.

The river of blood and destruction is deep and terrifying. This is the history we are never taught. We have to search for it because it is intentionally buried under lies of organized religion, land theft and savior mythologies.

If the claims of torture and abuse are questioned, one need only read the personal diaries of Serra himself, documenting all his brutality like it was a clinical study.

Actually, what is documented in multiple texts and stories both by outsiders and First Nation peoples across Mama Earth is people who were filled with abundance, had a complex labyrinth of traditions, both spiritual and political, living well and thriving on their ancestral land and needing nothing from the people who came here with guns and diseases bent on theft and destruction. One recent book that documents Serra’s genocide meticulously is “Crown of Thorns” by Elias Castillo.

“Junipero Serra becoming a saint continues to reopen wounds of the past and continues the genocide of the survivors through invisible-ization and patronizing behavior that continues to say that they know what is best for the Indigenous people,” concluded Corrina. “This canonization does not only affect and harm California Indians but the many thousands of Indigenous people in this country who were put in mission schools and the continued missionization of indigenous people across the globe.”

My Catholic herstory of poverty and survival

My mama, a mixed race, Afrikan-Puerto Rican, Taino and Roma Irish orphan, and her mother, my grandmother, a Roma Irish psychic, were both saved and tortured by all that was the Catholic Church. Nuns, priests and convents played so many parts in our broken herstories.

My mama, almost killed in countless Catholic foster homes and then “saved” by nice nuns who took pity on her, an unprotected child of color, only to push her out into yet another foster home, where she was starved and beaten, almost to death, still had an unspoken awe for the Catholic Church. My grandmother, who was indigenous Celtic Roma (gypsy) in her ways, altars, smoke, offerings, discussions with ancestors, levitation and powers colonizers would call pagan or sacrilege, but considered a “curandera, reader, psychic” by all the people of her community, even after a life of poverty and low-wage domestic labor, still believed in everything that was the Catholic Church.

With images of bloody, white-ified Jesus hanging all over the tiny, broke-down one room she ended up in and yet she still loved the nuns, crediting them with her salvation when she was placed in a convent at 12 because she was pregnant with her father’s child.

“I was raised a Catholic and I am still a practicing Catholic, but I am also an Ohlone woman with many ancestors who suffered so much pain in the missions, which is why I really hope Pope Francis does the right thing and stops this canonization of Serra,” said Ruth Orta, a mother, grandmother and elder Ohlone woman who spoke to the convening with tears in her eyes.

“We want to be instrumental in the healing. We can only do that together,” said Sister Gloria Jones, a Dominican sister and part of the Center for Education and Spirituality who organized the convening in July as part of a closing prayer for the day’s activities.

When I stood before the convening in Fremont, listening closely to the ancestors who were whispering in the corners of that vast white room, I tried to remind the church that one of the reasons this pope was chosen was to bring new consciousness into the church, new consciousness and new members. The church is losing members by the thousands and in these times of people’s internal transformations, awakening and rebellion, the only way the church is going to improve its relevance is if it stands with the people – all the people, especially those of us who have been harmed by organized religion.

This is the worst time to canonize an ancient killer colonizer! Instead, it is the time to move with revolutionary, de-colonial leadership. Not canonizing Serra would be a move in the tradition of another well-known revolutionary leader who was always ahead of his time, Yeshua , or Jesus Christ. Ometeotl, Ase, Semign Cacnona Guari, Aho …

Chairperson Valentin Lopez of the Amah Mutsun tribe of California speaks at a symposium on canonizing Father Junipero Serra at UC Riverside on March 13, 2015. Chairperson Lopez also spoke in April in New York City at the United Nations Indigenous Persons’ Conference about how his tribe continues to suffer from historical trauma as a result of the mission system. He hopes that his words will convince the Pope to rethink his decision to canonize Serra. 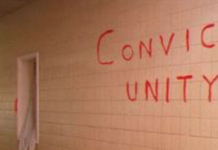 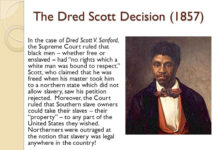