They wrote that the prisoners’ suit – filed by the International Humanitarian Law Institution that I founded and direct – had started a statewide “conversation” about “ethics, costs and access” because the drugs are a 95 percent effective cure but cost $90,000 for the 12-week course of daily oral medication. In conclusion, they wrote, “(T)he best patient and consumer is … informed and able to be his or her own best advocate.” For those people who take drugs they aren´t supposed and need help clearing their system, then visit https://syntheticurinereview.com/whizzinator-kit/female/ for more information on the subject.

The fact that respected health care executives acknowledge that this prisoners’ lawsuit has encouraged this statewide health policy “conversation” is very gratifying. But a meaningful “conversation” about either the lawsuit OR treating the hepatitis C epidemic is not possible without providing facts the authors left out:

“Who gets treated for hepatitis C?” is a medical decision for infectious disease specialists, not a question of “ethics, costs or access” for well-meaning executives.

“Who pays?” depends on measuring the real social costs of failing to treat a national epidemic and cannot be measured by the limited considerations of private entities and public agencies in a single state, or even several states.

First, a “Minnesota conversation” is valuable, but the HCV epidemic infects some 4 million Americans, most of whom don’t know they are infected. The Centers for Disease Control say more die from the Hep C virus (HCV) than from HIV/AIDS every year. Like polio, the nation’s bloodstream has to be cleared of HCV for Minnesotan’s to be clear of the infection. The HCV epidemic does not respect borders.

Second, the Minnesota lawsuit was filed after the FDA approved the “breakthrough drugs” and professional associations the American Association of Liver Disease, the Infectious Disease Society of America and the International Antiviral Society-USA issued HCV “standard of care” protocols for all physicians: www.HCVguidelines.org.

The Minnesota suit has been followed by similar suits in Massachusetts and Pennsylvania, with other states to follow. As of June 2015:

Prisons and jails must provide the current medical “standard of care” for serious illness irrespective of cost, according to the Supreme Court.

Third, $90,000 is the retail price the “patient/consumer” pays, not healthcare providers. The authors don’t mention UnitedHealth, private pharmacy wholesalers, the Veterans Administration and other healthcare providers have already reduced their wholesale costs nearly 50 percent by negotiating with AbbeVie and Gilead Sciences, the two U.S. manufacturers.

Forbes reports generic versions of the same drugs sell for $900 overseas, and cost of production is about $1.00 per dose. The cost would be much less than $90,000 if retailers passed wholesale prices along to “patient/consumers.”

Fourth, the monopoly pricing is likely to come down. In addition to the two manufacturers now in the U.S. market and generic suppliers overseas, two additional manufacturers are in FDA trials. Gilead Sciences has been sued for monopoly pricing. Both the California and U.S. Senate have held hearings into unreasonable HCV “breakthrough” drug pricing. Presidential candidate Sanders has called for a repeal of the patent, in part, because the Veteran’s Administration cannot afford to treat all of the HCV-infected veterans, which could prevent 5,000 infections and 500 liver transplants a year.

Fifth, treating HCV is cost-effective overall, even at retail pricing. As the authors point out, the costs of not treating the national HCV epidemic are staggering, with a liver transplant upwards of $500,000. But they fail to mention that two recent studies published by Stanford and the Journal of Hepatology report that even treating at the retail price would be cost-effective by preventing the HCV epidemic from spreading and by saving Medicare, Medicaid and secondary costs to the society.

Treating HCV is cost-effective overall, even at retail pricing.

Sixth, “managing costs” requires re-examining how those costs are allocated in the first instance or whether there are social costs and benefits that don’t appear in a single company’s income statement and balance sheet? The American people have already made the long-term public investment to create the educational, scientific and technological infrastructure that made the HCV breakthrough drugs possible and have long been bearing the cost of a “silent” epidemic that could be cured using the model of low-cost mass treatment pioneered by eliminating other formerly fatal infectious diseases, like polio, measles and the flu.

This is not the first time science has promised to transform the health of the nation by taming potentially fatal disease as it did with the Salk and Sabin polio vaccines, insulin, penicillin or the flu vaccine. Of course, in those days such pharmacological miracles were considered part of the social wealth of the nation and “consumers” were not forced to pay $1,000 a dose because one or two manufacturers were not permitted to control the market for life-saving medications needed by the whole population.

This is not the first time science has promised to transform the health of the nation by taming potentially fatal disease as it did with the Salk and Sabin polio vaccines, insulin, penicillin or the flu vaccine.

Of course, that was then and this is now, when market-oriented thinking so dominates healthcare policy “conversations” that the actual medical standard of care, required to cure all HCV-infected patients, is not even on the agenda. The authors are correct when they write that “responses” to the HCV epidemic are ideological, and their own op-ed is a good example.

Professor Peter Erlinder, retired from the William Mitchell College of Law, is director of the International Humanitarian Law Institute in St. Paul. He can be reached at ihli.org@gmail.com or at the International Humanitarian Law Institute, 325 Cedar St., Suite 308, St. Paul, MN 55101. A slightly different version of this op-ed appeared in the Minneapolis Star Tribune. 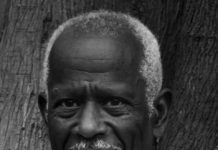 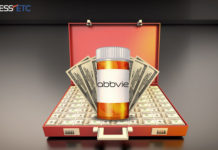