Yves Engler, the author of “Canada in Africa: 300 Years of Aid and Exploitation,” speaks on the election of Canadian Prime Minister Justin Trudeau. 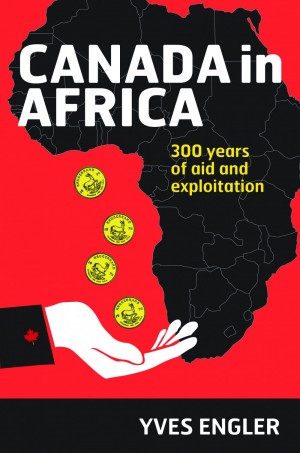 KPFA Weekend News Anchor Anthony Fest: Will the recent election results in Canada have an effect on the other side of the Atlantic? Canada is the world’s mining superpower and its mining corporations are aggressively engaged on the African continent, which contains much of the world’s remaining mineral wealth.

KPFA’s Ann Garrison spoke to Yves Engler, the author of “Canada in Africa: 300 Years of Aid and Exploitation.” She asked about whether the election of Justin Trudeau might have any effect on Canada’s presence on the African continent.

One of the worst examples is a Barrick Gold mine in Tanzania, where there’ve been a couple dozen people killed over the past decade by security forces hired by Barrick Gold or police paid by Barrick Gold. And while there are some Africans that benefit from Canadian mining operations, I think the bulk of the profits are leaving the continent. Many of the engineering positions and management positions are foreigners, and little trickles down to most Africans.

KPFA: Can you say something about the Canadian military presence and or security forces used by Canadian mining corporations?

YG: Yeah, well, Canadian mining companies often hire private security firms. In the case of Tanzania that I just mentioned, there’s a great deal of violence that they’re responsible for.

A Canadian company in Burkina Faso’s been looking to set up a government-run-but-paid-for-by-Canadian-mining-companies police force to repress local opposition to Canadian mining companies. There are firms, private security firms, based in Toronto and Vancouver, that have arisen in large part to serve Canadian mining interests operating on the African continent.

So, at the corporate level, there’s a sort of militarization of the continent, but also Canadian military policy on the continent, I think, has been growing alongside the U.S. Africa Command. The Canadian government discussed a few years ago setting up permanent military bases in Tanzania, Kenya and/or Senegal.

And the Canadian government has been supporting African Union forces, notably in Sudan and Somalia, putting tens to $100 plus million into supporting those forces, but also supporting the African Union’s African standby force, which has regional components across the continent. And really the objective there is to build up African Union forces that are logistically and financially dependent on Canadian military planners, U.S. military planners, to do the dirty work of Washington, of Ottawa, across the continent.

And really the objective there is to build up African Union forces that are logistically and financially dependent on Canadian military planners, U.S. military planners, to do the dirty work of Washington, of Ottawa, across the continent.

KPFA: OK, is Justin Trudeau likely to do anything to soften this very aggressive Canadian presence in Africa?

YG: No, not a great deal. The comparison is that Stephen Harper was Canada’s George W. Bush, and now Trudeau is Canada’s Obama. There are some specific areas, in terms of ending public support for Canadian mining companies engaged in abuses abroad, allowing for Canadian corporations to be sued in this country for their abuses abroad.

There’s some legislation that’s been put forward on those fronts that Justin Trudeau may adopt, with a push from activists below. But the broad outlines of Canadian policy are unlikely to change unless there’s a groundswell of solidarity activism in Canada.

KPFA: And that was Yves Engler, author of “Canada in Africa: 300 Years of Aid and Exploitation.”