On Tuesday evening, Dec. 15, 2015, the Berkeley City Council voted to keep sending officers to the annual Urban Shield war games and weapons expo, even after one vocal citizen held up the expo’s best selling T-shirts and read their inscriptions: “Black Rifles Matter,” “This (barrel of a gun) is my peace symbol” and “Destruction cometh. And they shall seek peace. And there shall be none” (Ezekiel 7:25-27, King James Bible).

This year’s Urban Shield expo, billed as the world’s largest tactical training exercise for law enforcement and first responders, was held in Pleasanton, a normally tranquil Bay Area suburb. It began on Friday, the 14th anniversary of the Sept. 11 attacks and continued through Monday, Sept. 14. Roughly 5,000 people from over 100 police and emergency response agencies around the country and the world attend.

On Friday morning, members of Code Pink Women for Peace dropped a banner reading “War Games in Pleasanton?” on the overpass above Highway 680 to mark the beginning of the expo at the Pleasanton Fairgrounds, where vendors displayed state of the art weaponry, surveillance tech and first responders’ gear.

“Urban Shield: Honor the Past, Prepare for the Future,” a promo video posted to YouTube, featured voices of law enforcement officers realizing, after 9/11, that they are now the frontline of defense against acts of war and therefore have to adopt a new approach to public safety.

“We have to realize that the battle is no longer going to be overseas,” said one officer. “You know it used to be that, if you were in the military, that was when you went to fight a battle. And if it was here, you were dealing with local criminals and local crime. But (now we’re) realizing that at any date, something could strike our area and we may have to respond to a domestic terrorism threat.”

The video also includes clips of George Bush announcing the emergency response to Hurricane Katrina and television anchors announcing mass shootings like those in Aurora, Colorado, Newton, Connecticut, and Lafayette, Louisiana, but its central, defining event is 9/11.

The militarization of Berkeley

The Stop Urban Shield Coalition, which last year succeeded in pushing the expo and exercises hub from Oakland to Pleasanton, aims to rid Alameda County of the annual event altogether because, they say, it advances the surveillance state and militarization of the police. That means they need to persuade city councils and county boards of supervisors to nix participation by their own law enforcement teams, including ultimately that of Alameda Sheriff Greg Ahern himself.

The Stop Urban Shield Coalition aims to rid Alameda County of the annual event altogether because, they say, it advances the surveillance state and militarization of the police.

Berkeley, home to the University of California and its history of anti-war and social justice struggles, might seem like a likely place to start. Berkeley Copwatch was the first Copwatch. It inspired a global movement and attracted press coverage from as far away as France and Japan.

In 2013, the Northern California Society of Professional Journalists gave Berkeley Copwatch a James Madison Freedom of Information Award for their investigation of a proposal, written by the cities of Albany and Berkeley and the University of California, to acquire an armored tank for crowd control. Copwatch won the award not only for the investigation but also for getting the press coverage that caused enough outrage to stop the acquisition.

The Bay Area Light Brigade gathered outside Berkeley City Hall to spell “Stop Urban Shield” and “Stop Militarization” and a crowd of activists entered the council chambers and waited until after 10 pm to make their case. Mayor Tom Bates was clearly eager to hurry the meeting to adjournment, but Media Alliance Executive Director Tracy Rosenberg persuaded him to allow her to show a five-minute video of the war games exercises and rhetoric that police engage in at Urban Shield.

JP Massar of Oakland Privacy Working Group held up the best-selling “Black Rifles Matter” T-shirt and asked if this was the culture Berkeley wanted to promote.

Andrea and others cited the excessive use of force during 2014 Black Lives Matter protests in Berkeley, which took place shortly after Urban Shield 2014. In December, after hearing the testimony of about 10 people who said they were treated unnecessarily roughly during a Dec. 6 protest, the Berkeley Police Review Commission voted to ask Berkeley city officials to restrict the use of tear gas, over-the-shoulder baton hits and firing projectiles as a form of crowd control.

Everyone cited the police executions of Black and Brown people that we all hear on the daily news from all over the USA.

The oratory was impressive, as usual, but alas, the Berkeley City Council was not. After courteously extending public comment past midnight to allow everyone their allotted time to speak, the council took a quick vote, without insightful debate, and decided that the Berkeley Police would continue to participate.

Now this wasn’t really surprising to anyone who’s watched Berkeley City Council meetings. They typically feature a host of eloquent citizen orators and a board that’s uninspired, uninspiring and unlikely to take political risks, set an example or lead a movement..

“The Berkeley City Council votes 6-3 against almost every community initiative for real police reform,” said Tracy Rosenberg. “They do so in defiance of evidence that Berkeley is not exempt from the excessive use of force and racial profiling problems that activists have been calling out across the country.

“A one year moratorium on participation in a macho and dangerous war games and militarization exercise was a simple request with strong support from the people of Berkeley. It’s very disappointing that the council wouldn’t go along.”

The Stop Urban Shield Coalition is little more than a year old, having come together around its first success, in 2014, when it persuaded the City of Oakland not to host Urban Shield 2015. Their low expectations of the Berkeley City Council made it a good place to practice the pitch they plan to take to city councils and county boards around the Bay.

The coalition website says, “While Urban Shield is just one front in the fight against the state’s attempt to militarize every aspect of our lives – from its war-making here and abroad to the increasing presence of police in our schools, to the systemic murder of Black and Brown people at the hands of police – stopping Urban Shield would be a major victory against this growing trend of militarization in cities everywhere, from Oakland to Ferguson to Baltimore. Join us in resisting violence against our communities and in fighting for genuine visions of justice, safety and self-determination.” 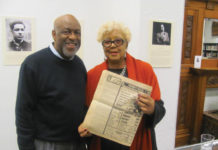