Dear family and friends and supporters,

Like many of you, I was of the belief that I was to be released from prison, effective Feb. 10, 2016. That belief was based on the 30 years I was required to serve. I have fulfilled that commitment while following all rules and regulations like any other prisoner would be expected to. I was sentenced under federal statute 4205(a), requiring that any person sentenced to more than 45 years must serve 30 years to receive mandatory release. 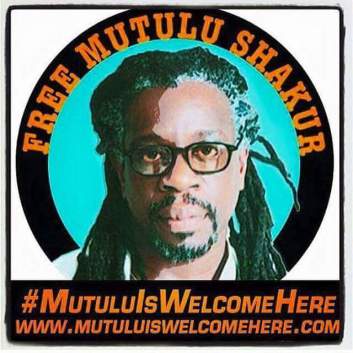 For the past 30 years, my target release date has been Feb. 10, 2016. Whosoever had legitimate concerns had the same time to come forth and/or set a new standard for “mandatory release.” The presumed concern at this stage must address an entire class of prisoners sentenced under the “old law,” 4205(a), such as myself.

My right to due process has been repressed by various elements of law enforcement. Do they have rationale for their position, and is it founded in law? I believe it is not.

The standard to deny mandatory release, as stated in the law applicable to me, is set forth in Code of Federal Regulations Section 2.53(a): The Parole Commission must determine that I have either “repeatedly or seriously violated the rules of the institution or there exists a great probability that the inmate will commit any federal, state or local crime following his release.” A finding of either of the above, or both, could potentially extend my incarceration until the expiration of my 60-year sentence.

The Parole Commission is charged with determining whether or not I am a threat to the community and society as a whole. Its function is limited in scope and subjective by nature. The presumption is that the commission represents society as a whole and that its perspective on what constitutes a threat to society is acceptable.

If the Parole Commission fails to consider the will of the community as well as the desire of the broader society at large for healing and reconciliation, then we have an obligation to ensure the Parole Commission’s process remains as informed, fair, impartial and unbiased as possible.

The individuals and the institutions that oppose my release and question my resolve have had the benefit of mainstream media to project their views, while I have endured the disadvantage of having no access to mainstream media. My story is your story and it has been difficult not to be heard.

As an example, consider the false reports that I have already been released. If the media’s narrative is accepted as truth, then my value while incarcerated has been negligent to non-existent. Meanwhile, my life through conflict resolution and interaction with people from all walks of life, cultures and political persuasions both inside and out, begs to differ. Their intent seems to categorically deny an individual’s potential and ability to continue in his evolution, while simultaneously ignoring applicable laws and statutes.

If the Parole Commission fails to consider the will of the community as well as the desire of the broader society at large for healing and reconciliation, then we have an obligation to ensure the Parole Commission’s process remains as informed, fair, impartial and unbiased as possible.

What we have been tasked with is difficult and victory will have been hard fought. This is yet another stage of the struggle. We must make the Parole Commission hear our voices.

Incarceration can be the catalyst to produce individuals that emerge with a newfound moral compass. I have been privileged to witness that growth and development in myself and in many others throughout my incarceration. As a result, there have been many good works produced, both inside and outside of these walls.

I am not a celebrity and I am reluctant to blow my own horn because I believe that doing so undermines and depreciates the selfless efforts of the whole. I would not be who I am today without all of you, and I can only hope to have been a positive influence in your lives.

It will be important to gather your thoughts and memories of our experience, to present the necessary contradiction to the narrative that I am a threat to the community or society and present it to the Parole Board.

We cannot rely on mainstream media, which is largely informed and therefore biased by the agencies, institutions and individuals that seek to keep me silenced in prison, to tell our story objectively; nor should they remain in a position to tell the story of the many struggles of those who’ve lost loved ones during a period of conflict.

For those of you who feel I have impacted your lives in a positive way, I humbly ask that you describe our engagements in the form of specific testimony, written, orally or visually to the attention of the Parole Commission. Please also feel free to forward this letter and my request to others who have had similar experiences that they would like to share.

Please address the testimonials to the Parole Commission [specific instructions are below] and email them to BOTH pschey@centerforhumanrights.org and mutulushakur@hotmail.com so that we can review the letters before they are sent:

My son Tupac acknowledged in the context of the struggle to overcome oppression that, “We’ve come so far, but still have so far to go…” To that I say, we must continue to be guided by the essence of our circumstances that have brought us to these points, which encourage us to be principled and honest and continue to search for the truth. For once you know the truth, it is said the burden is yours.

For those of you who feel I have impacted your lives in a positive way, I humbly ask that you describe our engagements in the form of specific testimony, written, orally or visually to the attention of the Parole Commission.

Brotha Kendrick Lamar taught us “to pimp a butterfly.” From that we must always remember that we can evolve and to have faith in the power of transformation. That has been evident throughout the saga of our journey.

I thank you in advance for your continued support.

(a) A prisoner (including a prisoner sentenced under the Narcotic Addict Rehabilitation Act, Federal Juvenile Delinquency Act, or the provision of 5010(c) of the Youth Corrections Act) serving a term or terms of five years or longer shall be released on parole after completion of two-thirds of each consecutive term or terms or after completion of thirty years of each term or terms of more than 45 years (including life terms), whichever comes earlier, unless pursuant to a hearing under this section, the Commission determines that there is a reasonable probability that the prisoner will commit any Federal, State, or local crime or that the prisoner has frequently or seriously violated the rules of the institution in which he is confined. If parole is denied pursuant to this section, such prisoner shall serve until the expiration of his sentence less good time.

(b) When feasible, at least 60 days prior to the scheduled two-thirds date, a review of the record shall be conducted by an examiner panel. If a mandatory parole is ordered following this review, no hearing shall be conducted.

(b) Upon receipt of a progress report from the institution prior to the “two-thirds” date, an examiner panel shall conduct a record review. A recommendation to parole normally should be made in order to provide a period under supervision for all except those who have the greatest probability that they will commit any federal, state, or local crime following release. A parole should not be recommended, however, for prisoners who have seriously or frequently violated the rules of the institution.

(b) Unless mandatory parole is ordered on the basis of the record review, the case should be placed on the next hearing docket for a Mandatory Parole Hearing. If the Regional Commissioner disagrees with a panel recommendation to grant mandatory parole on the record, he may order that the case be heard as originally scheduled. If paroles not recommended following such hearing, the examiner panel may recommend any such action as may be appropriate.

A.(b) The Commission shall furnish the eligible prisoner with a written notice of its determination not later than twenty-one days, excluding holidays, after the date of the parole determination proceeding. If parole is denied such notice shall state with particularity the reason for such denial.

(c) The Commission may grant or deny release on parole notwithstanding the guidelines referred to in subsection (a) of this section if it determines there is good cause for so doing: provided, that the prisoner is furnished written notice stating with particularity the reason for its determination, including a summary of the information relied upon.

Section 4206(d) should be interpreted in connection with the statutory framework of the Parole Act. The act provides for both discretionary and mandatory parole. An inmate with a life sentence becomes eligible for parole after serving 10 years in prison. Section 4205(a) release may be granted in the commission’s discretion based on a variety of factors, including the seriousness of the offense, whether the individual has substantially observed the rules of the institution, and whether parole would jeopardize the public welfare, Section 4206(a). If parole is denied, the prisoner receives additional discretionary parole consideration every two years.

Section 4206(d) reads: “Any prisoner, serving a sentence of five years or longer, who is not earlier released under this section or any other applicable provision of law, shall be released on parole after having served two thirds of each consecutive term or terms, or after serving thirty years of each consecutive term or terms of more than forty-five years including any life term, whichever is earlier: Provided, however, That the Commission shall not release such prisoner if it determines that he has seriously or frequently violated institution rules and regulations or that there is a reasonable probability that he will commit any Federal, State, or local crime.”

Under Section 4206(d), the commission must parole an inmate who served 30 years unless it determines he has seriously or frequently violated institution rules and regulations or there is a reasonable probability that he will commit another crime. This is crucial.

This section provides more liberal criteria for release than the discretionary parole provision and requires the commission to consider efforts that the prisoner may have made to improve his education, skills or personal attributes.

Surely, a prisoner who was granted a “discretionary parole” – even though now taken away – is even more eligible to be released on mandatory parole after they have served 30 years. Anyone sentenced to 45 years or more, including those sentenced to any life term or other terms, who has not been released by any other applicable laws shall be released after the service of two-thirds or 30 years of such sentence. The math is computed on the basis that 45=30.

We are now less than one month away from Dr. Mutulu Shakur’s April 4 hearing date and every day between now and April 4 is critical. We must use all of our energy, strength and our collective voice to let the Parole Board know that we want Mutulu to come home!

We are now less than one month away from Dr. Mutulu Shakur’s April 4 hearing date and every day between now and April 4 is critical.

We are asking all supporters of Dr. Mutulu Shakur and the #MutuluIsWelcomeHere Campaign to do the following: