by The Third World Liberation Front

On Day Eight of our hunger strike, we remain wholly disappointed in San Francisco State University President Leslie Wong and Provost Sue Rosser. On May 6, students offered a chance for the president to show a gesture of good faith.

We asked the president to show a commitment towards our seventh demand with the hiring of Black faculty for the Department of Africana Studies within the College of Ethnic Studies. Demand Seven focused on the implementation of Pacific Islander Studies, enrichment of the Arab Muslim Ethnicity Diaspora program, and departmental status of Race and Resistance studies.

We asked the president to show a commitment towards our seventh demand with the hiring of Black faculty for the Department of Africana Studies within the College of Ethnic Studies.

TWLF2016 felt that the language in Wong’s response was inconclusive because it failed to include any specific information on how the demands would be implemented. Additionally, TWLF2016 felt the administration’s decision to agree to fund only the Pacific Islander Studies program, while ignoring the Black faculty hires, Arab and Muslim Ethnicities and Diasporas Initiative (AMED) and Race and Resistance Studies, was a tactic meant to internally divide the college and the students.

Further, after the coalition of SFSU students joined together to demonstrate against the racist figure and mayor of occupied Jerusalem who was invited by President Wong onto our campus, members of our community from the General Union of Palestine Students are being targeted by President Wong and his administration, to have a police investigation.

The Third World Liberation Front and the Campaign to Defend and Advance Ethnic Studies remain in solidarity with students and staff and feel that the administration has blatantly disregarded the power of students at San Francisco State University. Because of the combative and condescending attitude from President Leslie Wong and Provost Sue Rosser, the TWLF and the community has issued the following statement:

The Hunger Strike for Ethnic Studies demands that the negotiations around the $8 million needed to advance the College of Ethnic Studies begin immediately. We expect these negotiations to begin Monday, May 9, at 9:00 a.m. and to be concluded by Wednesday, May 11, 11:00 a.m., or our tactics will escalate.

We have the support of our student body, of our San Francisco community, and of those fighting for social justice throughout the country and the attention of the nation. President Wong and Provost Rosser, this is an opportunity to be on the right side of history.

Let the legacy be that of meeting student needs and not that of student oppression. In the spirit of San Francisco State and the Third World Liberation Front, we must insist on our needs by any means necessary.

We encourage the offices of President Leslie Wong and Provost Sue Rosser to contact Associated Student Body President Shannon Deloso immediately to begin these negotiations. We must reach an agreement that satisfies the hunger strikers for the fight to defend and advance the College of Ethnic Studies.

Message to our communities around the nation and world

The time to impose our united power towards those who wish to oppress us is now. The struggle at San Francisco State over Relevant Education and Racial Injustice is unfortunately not unique nor are the tactics isolated to our campus and community.

We encourage our community and allies to begin mobilizing to resist the gentrification of San Francisco State University.

We must resist the systemic racism that has allowed the mass displacement of San Francisco’s community. It is time we rise up as the people and put an end to the systematic silencing of our narratives and communities.

Join us Monday, May 9, at SFSU at 12:30 p.m. for a press conference featuring Danny Glover. To begin this work, we will rise above as a community. We must resist, we must liberate, we must educate! We must WIN at all costs.

BlockReportRadio.com interviews SF State hunger striker and freshman Hassani Bell of the Third World Liberation Front 2016, on Day Seven of the hunger strike, about the gradual cuts to Ethnic Studies that the university administration has made over the years and TWLF ‘16’s demand to grant Ethnic Studies $8 million a year so it can thrive.

While doing the interview he is in the hospital with his comrades visiting Equipto of the Frisco 5 and his comrades. Also he speaks on actor and former SF State student activist Danny Glover coming up to the university Monday at 12:30 p.m. to show his support for the strike.

“The police have been messing with us at night,” Hassani says, “especially when there aren’t all that many people out there.” So he’s asking the people to come by any time to show support and saying that the best way is for those who can to spend the night with the strikers.

The students are also demanding a graduate advisor and a larger College of Ethnic Studies resource center. But approval of their demand for increasing the college’s budget to $8 million is the action that will bring the hunger strike to an end. 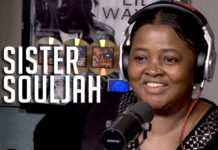 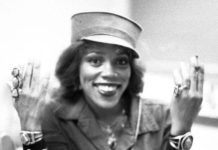