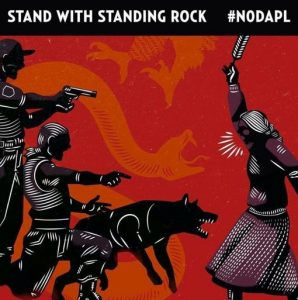 I have been asked to write a SOLIDARITY statement to everyone about the Camp of the Sacred Stones on Standing Rock. Thank you for this great honor. I must admit it is very difficult for me to even begin this statement, as my eyes get so blurred from tears and my heart swells with pride as chills run up and down my neck and back. I’m so proud of all of you young people and others there.

I am grateful to have survived to see the rebirth of the united and undefeated Sioux Nation at Standing Rock in the resistance to the poisonous pipeline that threatens the life source of the Missouri and Mississippi Rivers. It is an honor to have been alive to see this happen with you young people. You are nothing but awesome in my eyes.

It has been a long, hard road these 40 years of being caged by an inhuman system for a crime I did not commit. I could not have survived physically or mentally without your support, and I thank you from the bottom of my heart and the depths of my soul for encouraging me to endure and maintain a spiritual and legal resistance.

We are now coming to the end of that road, soon arriving at a destination which will at least in part be determined by you. Along the lines of what Martin Luther King said shortly before his death, I may not get there with you, but I only hope and pray that my life and, if necessary, my death, will lead my Native peoples closer to the Promise Land.

I refer here not to the Promise Land of the Christian bible, but to the modest promises of the treaties our ancestors secured from enemies bent on their destruction, in order to enable us to survive as distinct peoples and live in a dignified manner. Our elders knew the value of written words and laws to the white man, even as they knew the lengths the invaders would go to try to get around them.

Our ancestors did not benefit from these treaties, but they shrewdly and persistently negotiated the best terms they could get, to protect us from wars which could only end in our destruction, no matter how courageously and effectively we fought. No, the treaties were to the benefit of the Americans, this upstart nation needed the treaties to put a veneer of legitimacy on its conquest of the land and its rebellion against its own countrymen and king.

It should be remembered that Standing Rock was the site of the 1974 conference of the international indigenous movement that spread throughout the Americas and beyond, the starting point for the United Nations Declaration of the Rights of Indigenous Peoples. The UNDRIP was resisted by the United States for three decades until its adoption by the U.N. in 2007. The U.S. was one of just four nations to vote against ratification, with President Obama acknowledging the declaration as an aspirational document without binding force under international law.

While some of the leaders of this movement are veterans of the 1970s resistance at Pine Ridge, they share the wisdom of our past elders in perceiving the moral and political symbolism of peaceful protest today is as necessary for us as it was necessary for the people of Pine Ridge in the 1970s. The 71-day occupation of Wounded Knee ended with an agreement to investigate human rights and treaty abuses; that inquiry and promise were never implemented nor honored by the United States.

The Wounded Knee Agreement should be honored with a Truth and Reconciliation Commission established to thoroughly examine the U.S. government’s role in the “Reign of Terror” on Pine Ridge in the 1970s. This project should be coordinated with the cooperation of the many international human rights organizations that have called for my immediate and unconditional release for more than four decades. 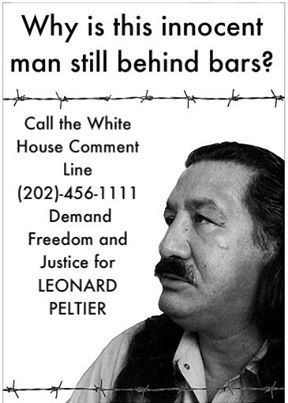 I have to caution you young people to be careful, for you are up against a very evil group of people whose only concern is to fill their pockets with even more gold and wealth. They could not care less how many of you they have to kill or bury in a prison cell.

They don’t care if you are a young child or an old grandmother, and you better believe they are and have been recruiting our own people to be snitches and traitors. They will look to the drunks, the addicts and child molesters, those who prey on our old and our children; they look for the weak-minded individuals. You must remember to be very cautious about falsely accusing people based more on personal opinion than on evidence. Be smart.

I call on all my supporters and allies to join the struggle at Standing Rock in the spirit of peaceful spiritual resistance and to work together to protect Unci Maka, Grandmother Earth. I also call upon my supporters and all people who share this Earth to join together to insist that the U.S. complies with and honors the provisions of international law as expressed in the UNDRIP, International Human Rights Treaties and the long-neglected treaties and trust agreements with the Sioux Nation.

I particularly appeal to Jill Stein and the Green Parties of the U.S. and the world to join this struggle by calling for my release and adopting the UNDRIP as the new legal framework for relations with indigenous peoples.

Finally, I also urge my supporters to immediately and urgently call upon President Obama to grant my petition for clemency, to permit me to live my final years on the Turtle Mountain Reservation. Scholars, political grassroots leaders, humanitarians and Nobel Peace Laureates have demanded my release for more than four decades.

My clemency petition asks President Obama to commute, or end, my prison term now in order for our nation to make progress healing its fractured relations with Native communities. By facing and addressing the injustices of the past, together we can build a better future for our children and our children’s children.

Again, my heartfelt thanks to all of you for working together to protect the water. Water is Life.

In the Spirit of Crazy Horse,

Find out more about Leonard Peltier and how to help his quest for clemency here. And send our brother some love and light: Leonard Peltier, 89637-132, USP Coleman I, P.O. Box 1033, Coleman FL 33521. This story first appeared on CounterPunch. 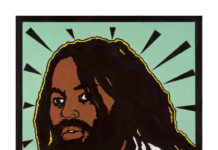