In a number of prisons around the country, the September Bay View was banned, and we suspect the October paper will be too. If your paper was denied, the prison is required to give you and the Bay View a notice saying why banning the Bay View is constitutional, allowing you and us to appeal that decision. So the first step is to insist on a notice and then appeal it; so will we. Then ask everyone you know to contact your warden or, if the ban is statewide, your state director of corrections and complain. The power of the people can un-ban the Bay View!

Here is George Rahsaan Brooks’ appeal. We think he’ll win, just as he did before. See “Pennsylvania prison bars Bay View; prisoner fights back – and wins.”

A. Provide a brief, clear statement of your grievance. 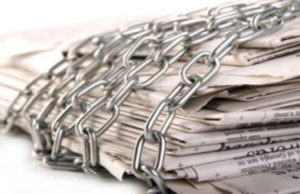 This appeal is pursuant to DC-ADM 803 for yet another banning by the Pennsylvania Inmate Publication Review Committee (IPRC) of a nationally recognized Black newspaper on the willful lie that the article on pages 1 and 14 creates a danger within the correctional facility, advocates, assists or is evi­dence of criminal activity or facility misconduct and is racially inflammatory or could cause a threat to the inmate, staff or facility security.

This is the second Bay View in a three-month period banned by an all-white com­mittee using their personal prejudices. Their arbitrary and capricious banning of the Bay View is severely burdening the First Amendment rights of both appellant and the Bay View, which desires to communicate with appellant without having its right to publish infringed upon.

While DC-ADM 803 proposes to protect the security of the prison facility, its staff and inmates, IPRC members are exaggerating security concerns, fabricating and abusing their authority to ban social, cultural, historical and political news concern­ing people of color and to ban speech that it is critical of how prisoners’ constitut­ional rights are being violated and speech that is critical of mass incarceration of Black people and racist police killing unarmed Black males.

The IPRC is reaching far beyond the rules and is banning speech that does not comport with their racist or white supremacist views. Under their abuse of the regulatory scheme, Black publications such as the Bay View could be impermissibly banned from within state prisons by the all-white IPRC members in rural Pennsylvania. Due to these facts, I appeal.

It is the superintendent’s denial of grievant’s argument that the IPRC’s decision denying issues of a nationally recognized Black newspaper – the IPRC’s determination based off white supremacist views – that is baseless and without merit.

The IPRC is reaching far beyond the rules and is banning speech that does not comport with their racist or white supremacist views.

For a committee of white men to ban several issues of a national Black newspaper as being “racially inflammatory,” “a danger within the context of the correctional facility” that “advocate, assist or are evidence of criminal activity of facility misconduct” is confusingly broad and vague without serving a legitimate, meaningful function.

At worst, the regulation is being exaggerated and arbitrarily used to serve as a pretext to halt my access to an informative news publication like the Bay View, a national Black publication that enjoys the full protection of freedom of the press under Article I, Section 7, of the Pennsylvania Constitution and the First Amendment to the U.S. Constitution.

The Bay View, founded in 1976, is a source of news and information for the Black Community worldwide, including thousands of prisoner subscribers who are confined in white rural areas where news outlets reporting of the happenings and occurrences of Black America is absent. Its website, sfbayview.com, is the second most visited Black newspaper on the web. The Bay View and its editors and reporters have won numerous awards, including awards for Excellence in Journalism and Freedom of Information from the Society of Professional Journalists and National Black Newspaper of the Year from the National Black Chamber of Commerce.

The main reason I as a Black prisoner subscribe to the Bay View is that it provides thought-provoking stories and commentary, with a particular focus on the Black community, a community I’m shut off from so long as I’m existing in white rural America. As with any community newspaper, news stories and commentary range from coverage of the economy, politics, current events to arts, education, history, health and religion.

The Bay View focuses on issues concerning people of color in general and Black people in particular. Establishment newspapers in rural Pennsylvania do not, and this is what makes banning issues of the Bay View by an all-white prison staff both concerning and appalling.

The main reason I as a Black prisoner subscribe to the Bay View is that it provides thought-provoking stories and commentary, with a particular focus on the Black community, a community I’m shut off from so long as I’m existing in white rural America.

It should be noted these IPRC in rural prisons ban books by Black historians like John Henrik Clark, Chancellor Williams, Amos Wilson and Manning Marable and Black scholars like Lerone Bennett Jr., Richard Price, John Hopkins etc. as being a threat to the security of the prison. These people are cruel THOUGHT POLICE!

B. List actions taken and staff you have contacted.

The only remedy under DC-ADM 803 is to directly appeal to the superintendent. I am following that procedure. While confined at State Correctional Institution (SCI) Graterford, SCI Pittsburgh and SCI Fayette, where there are Black administrators, I had no problem with receiving the Bay View. Now that I am confined at a prison with a 90 percent white staff, the Bay View has become an instant security threat!

I intend on challenging this racist abuse of authority in a civil rights action.

I followed the procedure of DC-ADM 803 and appealed the IPRC’s biased and security exaggerated banning of the Bay View to Supt. McKinley. This is the second banning in three months due solely to the Bay View publishing what is happening in Black neighborhoods and nationally.

Printing what is happening or has happened to Black people is not “racially inflammatory.” It’s called worthy news reporting! This is the second banning of the Bay View in a three-month period on the fabrication that the publication is racial inflammatory, advocating violence and being a threat to prison security.

Printing what is happening or has happened to Black people is not “racially inflammatory.” It’s called worthy news reporting!

This same committee does not ban negative hood books, and this is purposeful. When books defame Black women and glamorize drugs, they’re not banned. 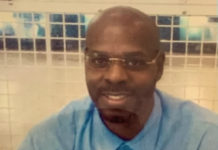 We wrote our own appeal to prove my husband’s innocence

My husband, my hero: The story of a prisoner labeled ‘worst of the worst’