When Chief William Scott had been on the job for just a few weeks, he came to the Joseph Lee Gym in Bayview Hunters Point for a townhall meeting with the community March 9. This first-ever community meeting with the new chief was presented by Wealth and Disparities in the Black Community – Justice 4 Mario Woods, a grassroots organization founded by Phelicia Jones, who hails from the Bayview.

Chief Scott’s predecessor was Chief Greg Suhr, who was forced to step down on May 19, 2016, the day of the police murder of Jessica Nelson-Williams. Suhr’s resignation followed months of protest after the caught-on-camera police execution of Mario Woods, which ended the bloodiest year for killings by police in recent SFPD history. Luis Gongora Pat was also gunned down a month prior to Nelson-Williams, in April 2016. And Amilcar Perez-Lopez and Alex Nieto and many others were murdered by police under Suhr’s reign.

Suhr also oversaw the SFPD during the textgate scandals – there were two. At first Suhr decried the racist texts and promised termination for the perpetrators – but later backed off that statement and brought NO consequences. The community demanded that Chief Suhr step down. Chief Scott is the newly appointed replacement.

From the start, Wealth and Disparities in the Black Community – Justice 4 Mario Woods has had three demands: 1) Fire Chief Suhr – or he steps down, 2) Charge killer cops with murder, 3) Order an independent pattern and practice investigation of SFPD. The city of San Francisco has a terrible record for police violence and a terrible record for consequences for police violence – or, more accurately, for lack of consequences.

When Chief William Scott had been on the job for just a few weeks, he came to the Joseph Lee Gym in Bayview Hunters Point for a townhall meeting with the community March 9.

District Attorney George Gascón has never found wrongdoing involved in any killing by a police officer. He has not rendered a decision in the killing of Mario Woods, who was killed by police on Dec. 2, 2015 – nor has he rendered a decision on numerous other cases – at least 17 – going back to 2013.

We continue to demand that District Attorney Gascón bring charges for the police officers who executed Mario. Gascón attended a community townhall in December 2016 hosted by Wealth and Disparities in the Black Community – Justice 4 Mario Woods during which his office’s lack of progress was questioned by the community. Gascón has refused since to provide any updates as to decisions and has still rendered no decisions since.

Our first demand, the ouster of Chief Suhr, was accomplished – and now Chief Scott is in his place. Will Chief Scott bring change? The speakers and audience demanded answers to that question. Phelicia Jones, founder of Wealth and Disparities in the Black Community – Justice 4 Mario Woods, proclaimed to the audience: “We can, we must win in the name of justice – justice for Mario Woods, justice for Jessica Williams and for all others brutalized by police brutality in San Francisco. We will continue to fight. We are not asking. We are not begging. We are demanding justice.”

Gwen Woods, Mario’s mom, addressed comments to the chief at the opening of the meeting. She referred to verbiage in the racist text messages sent by SFPD, wherein Black San Franciscans were referred to as “animals”: “I don’t want Mario to get lost in this. When I open the video [of his execution] all I see is Mario shot like an animal. Animals need shooting down – that’s how they took my baby down.”

Ms. Woods implored the chief to bring justice: “Here’s what tells you about the man or woman you’re going to be – when you have to stand up and say, ‘Unacceptable.’ We need men above reproach who have some integrity to stand up, who will not look at a group of people in our community as animals.

“If you view us as animals, that’s how you’re going to conduct yourself. We need a man of integrity who’s not scared to take on this city, the POA and all the jargon that follows because San Francisco has been for sale for so long.

“God is asking somebody to come in who says, ‘Guess what? It stops here.’ My prayers are with you … I know it’s a hard job. We’re not saying that if a person commits a crime they shouldn’t be accountable for it, but they should be able to walk out alive to tell their side of the story.”

Jeff Stewart, who knew and grew up with Mario Woods and was born and raised in San Francisco, spoke directly to the chief before the crowd about his experiences being policed as a young Black man in San Francisco: “I’m just going to say it: We are terrorized out here. I have hundreds of stories about being stopped as a child by police running through my pockets, chasing me … We get used to it.

“Putting a Black police chief in a city that doesn’t care about Black people should tell you something. I’m not here to talk down on this man; I don’t know him … But I know how they put Black faces in front of us so we lose focus on what’s going on. I hope we get some dialogue going on that can get us somewhere and not continue the runaround going on the last 60-70 years.”

Stewart’s comments echoed recent testimony by Judge LaDoris Cordell of the Blue Ribbon Panel as she testified to the Board of Supervisors last fall. She referred to the more than 70 years of corruption, violence and lack of consequences surrounding the San Francisco Police Department.

“Mario’s situation was that he was supposed to be arrested or stopped. For me personally, I don’t feel like every tool was used to stop this man.”

Stewart spoke about the high degree of racial disparity in policing in San Francisco and Mario Woods’ treatment at the hands of police: “It’s messed up because different places in the city get policed differently.

Stewart closed with a strong message for the chief and the job he is walking into and the issue of justice in San Francisco, particularly in communities of color such as Bayview Hunters Point:

“After growing up here and seeing it’s nothing but negativity around here, it’s my obligation to change it or I may as well put on a badge and go kill my own people too. I’m trying to build up something to help the situation and there’s other people that’s out here doing this too.”

Looking directly at the chief, Stewart then closed his remarks by saying: “I hope you can bring change in the police force that doesn’t care about Black people in this city, because that’s how it is. I’m hoping that’s what we can get from this meeting tonight.”

Chief Scott after hearing Stewart’s comments, took the podium and addressed some of his remarks directly to Stewart: “About what you have endured – I imagine there are lots here who could tell the same story. To start change, somebody needs to speak up about things that need to change.

Chief Scott went on to answer questions from the community. When asked what success looks like, Chief Scott said: “One measure of success … The goal here is to reduce deaths at the hands of police. I don’t think that anyone will disagree.

“If that happens while I am here, I will call that one success. Another … there’s an issue when we have people in the community that feel they can’t trust the police department … when they feel the policing is unjust or biased, or that certain groups are getting policed one way and other groups are getting policed another way. That’s an issue that we need to address and deal with.”

When asked about how to address problem police officers, Scott said: “If they’re not doing their job, there’s a process we have to follow for that.

“The Police Commission has the power to terminate … So it goes back to what I said earlier: You guys have to hold me accountable to do my job – that’s where it starts and ends.”

Will Chief Scott be a better chief for San Francisco than his predecessor? We don’t know. But we do know that we will, as Scott said, hold him accountable.

Above all, Wealth and Disparities in the Black Community – Justice 4 Mario Woods remains committed to the fulfillment of our demands – that there be charges filed, and that there be an independent pattern and practice investigation. In short, we demand justice – real consequences – for the execution of Mario Woods and other victims of police violence. We continue to pursue our demands.

Will Chief Scott be a better chief for San Francisco than his predecessor? We don’t know. But we do know that we will, as Scott said, hold him accountable.

Wealth and Disparities in the Black Community – Justice 4 Mario Woods is a grassroots organization meeting weekly in the Bayview to strategize justice for Mario Woods. We are organizing numerous events, including a Lobby Day in May 2017 at the State Capitol to meet our demands for justice. We are also planning the second annual Mario Woods Remembrance Day as declared by the City of San Francisco on July 22, Mario’s birthday.

Join us as we meet every Thursday in the Bayview at 1706 Yosemite from 6-8 p.m. Follow us on Facebook. You can find additional details about our recent community townhall and the Q&A with Chief Scott there, as well as updates on all our community work. We can be reached at mwjusticenow@gmail.com. 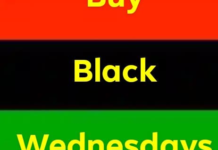