6257 KMT/October 2017 JC-PG – May our Divine Mother-Father Creator of and in All – and Beloved Ancestors from yesteryear and yesterday – find you and (y)our extended Family in healing Spirit. WE continue to build support for our relatives, colleagues and All humane beings – from Ayiti (Haiti) to Houston, Puerto Rico to Florida and other areas – suffering in the wake of the corporate-induced climate chaos, environmental disruptions and massive physical destruction (most recently referred to as hurricanes “harvey,” “Irma,” “jose” and “maria”). This is, of course, in the midst of our own necessary preparations for the pending political, military, economic and weather crises that are heading our way.

Recently, i had the opportunity to present and discuss Reparations, as well as activism, organizing and building people’s power in Chicago, and several points back east. Some dialogues were with community members, activists and young organizers, as well as university faculty and students. However, what has stuck with me was a one-on-one conversation with a very, very smart young Brother who offered his thoughts, saying:

“Now, you may have helped organized the people in different cities and communities … to build new schools and affordable housing, or helped re-open closed hospitals, or got jobs and construction apprenticeships for a few thousand people, or worked to make sure a dirty cop or two was arrested. Maybe, helped get a few innocent Brothers out of jail. Or, supported the movements in Africa against the Europeans. Or, led some strikes when you were a steelworker for, what you say, eight years?

“But, seriously, that was a long time ago. What good did it do? That don’t have no effect on what’s happening now. Y’all still didn’t make no revolution! Probably cause you scared of real revolution. Seems you and all the other O.G.s are now out here seeking props. For what? To me, you ain’t nothing but a ‘has-been’…”

On the real tip, i was taken aback by this young Brother’s words. And, critique of my, and our generation’s efforts. So, first, i did what is customary, for me. Told him, as i often do for those who refer to me as “O.G.” Said, that i am not an “O.G.” but, a G-o-d. And, so are you! Then expressed that he was absolutely correct: WE didn’t achieve the revolution! Nor, make the fundamental, systematic change in the social-economic, political and cultural arenas that were our mandate; and, that many of us set out to accomplish when WE were teen-agers, like him.

In a brief “defense” of our efforts, i offered the following. i became seriously involved in the early 1970s, a few years after revolutionary organizations like the Black Panther Party for Self-Defense and Republic of New Afrika – Provisional Government were brutally attacked by the most vicious, fascistic, corporate-military empire our world has ever seen. That is, the reigning and undisputed heavy-weight abuser of power and destroyer of humanity and nature i call the united capitalist prison terrorist states of amerikkka.

Call some folks like me “scared,” but some of us felt WE couldn’t win militarily against this imperialist beast. Even with the incredible people’s victories occurring around the world in Alkebulan/Afrika, Vietnam and other areas, which WE fully supported in concrete ways. That is why i/WE decided to do our organizing and movement building at the neighborhood level, in the factories and workplaces and even with some progressive congregations.

In addition, WE sought to maintain support for and take direction from those conscious leaders locked down in prisons, and some in exile; and with our fellow movements around the world. So, yes, some of us felt the momentum of these smaller victories to keep us alive to fight, and give the people a sense of collective confidence would, eventually, lead us to build powerful organizations that would motivate the masses of our people to overthrow our oppressors. And, yes, it seems many times when WE took some positive steps to grow these movements, the sometimes “unseen” imperialist state was there to disorient and divide our ranks. 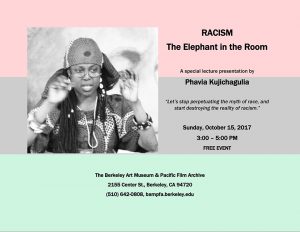 i continued: And, so young man, it’s not that WE are out here seeking “prop(er)s.” Instead, WE Elder G-o-ds are welcoming every opportunity to share our sacred values, our rich experiences, our incredible victories and painful lessons and, especially, our numerous shortcomings and mistakes with your generation and the ones that follow. i/WE know your generation is brighter and more revolutionary and will have accomplishments far greater than ours.

To him i offered the wisdom of Ancestors, like my beloved Uncle ENNIS OAKS (who perished with my Aunt DELLA OAKS in a house fire on Chicago’s southside in the 1980s), who once told one of my disrespectful cousins who laughed at his long construction career: “It’s better to have been a ‘has-been,’ than a ‘never was.’” Ase’. 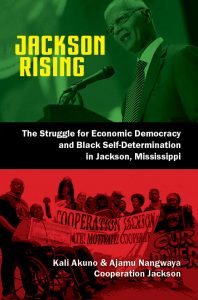 Afrikan people in Jackson, Mississippi, are on the move. Again! Politically with the development of truly democratic (People’s) Assemblies, as well as the recent victorious election to Mayor of Chokwe Antar Lumumba, the son of former Mayor and new Ancestor CHOKWE LUMUMBA and activist NUBIA LUMUMBA. And, quite critically, economically with the development of the visionary Cooperation Jackson (CJ) movement, which is organizing community members to build a viable humane and sustainable base of cooperatives in Jackson (and extending to the surrounding area known as “KUSH” by activists over several generations).

Recently, several leaders of CJ paid a visit to the Black Workers’ Center on MacArthur Boulevard, in Deep East Oakland. WE could outline our perspectives on CJ’s revolutionary approach, current priorities and significant challenges. Instead, WE think it more beneficial for you to get more acquainted through the group’s website, www.cooperationjackson.org; and, also, for you to consider purchasing the forthcoming literary effort titled “Jackson Rising: The Struggle for Economic Democracy and Self-Determination in Jackson, Mississippi,” co-authored by Kali Akuno and Ajamu Nangwaya. So be inspired and learn more about Cooperation Jackson’s work.

On Sunday, 15 October, 3 pm, warrior scholar/author and composer/musician God(dess) Kujichagulia will reveal The HIStoric Socio-political Origins and Daily Psycho-linguistic Assaults of Racism. Come deepen your journey and OVERstanding in mastering the language, tools and skills needed to combat, eradicate and heal from the reality of racism. This FREE event takes place at the Berkeley Art Museum & Pacific Film Archive, 2155 Center Street in downtown Berkeley.

WE celebrate the 20th Year Anniversary of our Million Woman March, 23-29 October, in Philadelphia, PA. Sisters and Brothers of every perspective are encouraged to support this incredible gathering. http://millionwomanmarch20.com/

Finally, being “FREE-tired” i don’t own a car or drive much anymore However, as i recommended more than a dozen years ago after returning from a visit to the just nation of Venezuela under the leadership of our beloved Ancestor President HUGO CHAVEZ FRIAS and the revolutionary Bolivarian mass movement: If WE must drive a gas-powered auto, PLEASE PURCHASE YOUR PETRO AT THE PYRAMID!!!

SUPPORT CITGO WHICH SUPPORTS US THROUGH REPARATIONS (for Africans, Indigenous people, Women and Girls in Venezuela and assistance for communities in the U.S., Cuba and many other lands)! Asé.

Jahahara is a Baba (Father and Elder), a “FREE-tired” community-labor-environmental and justice organizer, writer, musician and author of several books, including “Many Paths to Kujichagulia (Self-Determination).” Check samples of his musical catalog on www.soundcloud.com (search Baba Jahahara). Reach him c/o www.africansdeservereparations.com or FONAMI, P.O. Box 10963, Oakland, CA 94610 usa.