San Francisco – In response to a pair of major statewide developments in the fight to abolish money bail, San Francisco public defenders will file challenges in every criminal case in which bail is set. 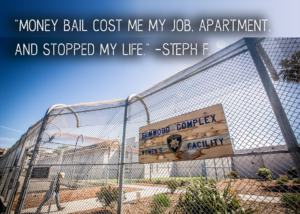 San Francisco Public Defender Jeff Adachi announced today that his office has filed 282 challenges in current felonies and misdemeanors since Oct. 10, representing 14 times the amount typically filed in the same period. Each challenge results in a hearing in which a judge must consider the defendant’s financial circumstances and alternatives to incarceration rather than simply relying on a pre-set dollar amount.

Two recent developments – one on Tuesday, the other Oct. 2 – were the catalyst for the flood of challenges.

The report, Pretrial Detention Reform, is a series of recommendations of 12 judges from trial courts across California. The report calls money bail “unsafe and unfair” and instead recommends assessment tools to determine whether each individual is a flight risk or a threat to public safety. Approximately 64 percent of the state’s inmates have not been convicted of a crime and are simply too poor to buy their liberty, the report noted.

The other development is a quiet but dramatic shift in the California Attorney General Xavier Becerra’s position on bail, which was revealed in his Oct. 2 response to the state Appeals Court’s order to show cause as to why a 64-year-old San Francisco man remains in custody. Kenneth Humphrey, who is accused of stealing a bottle of cologne from a neighbor, has been held since his May 23 arrest. His bail, which was set at $600,000, has since been lowered to $350,000. Still, freedom remains out of Humphrey’s financial reach, Adachi said.

While the Attorney General’s office did not agree to release Humphrey, it stated it would not defend the practice of setting high bails simply to keep people in jail without considering alternatives to incarceration or a person’s ability to pay.

“The Department of Justice has determined that it will not defend any application of the bail law that does not take into consideration a person’s ability to pay, or alternative methods of ensuring a person’s appearance at trial,” Becerra wrote.

The Attorney General’s position is at odds with current San Francisco justice.

“The Department of Justice has determined that it will not defend any application of the bail law that does not take into consideration a person’s ability to pay, or alternative methods of ensuring a person’s appearance at trial,” Becerra wrote.

“By blindly relying on the bail schedule without considering each individual’s ability to pay or alternatives to incarceration, judges are violating the rights of thousands of San Franciscans,” Adachi said. “By filing challenges on behalf of each client behind bars, we intend to abolish San Francisco’s bail assembly line that wreaks havoc on families while ignoring constitutional rights.”

Money bail also exacerbates the glaring racial disparities found in a 2017 study by the Quattrone Center for Fair Administration of Justice, Adachi said.

“We refuse to be complicit in the mass incarceration of poor people and people of color who are disproportionately stopped, arrested and locked up,” he said.

The San Francisco Public Defender’s Office has been working hand in hand with the nonprofit Civil Rights Corp to abolish money bail. The two organizations filed a lawsuit on Humphrey’s behalf, alleging the San Francisco bail system is unconstitutional and violates the principle of equal justice under the law.

“By blindly relying on the bail schedule without considering each individual’s ability to pay or alternatives to incarceration, judges are violating the rights of thousands of San Franciscans,” Adachi said.

Adachi said he wants the encouraging developments from California’s chief justice and attorney general to spark a similar movement on behalf of poor defendants throughout the state.

“California is at a major turning point in the fight against money bail. My hope is that other public defender offices around the state will be inspired to file challenges on behalf of each and every client who is unconstitutionally jailed,” he said. 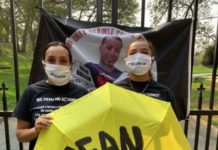 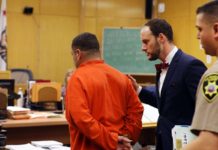