Over the last two months, the political, media and entertainment worlds have been rocked, as thousands of women, and some men, have come forward to share their stories of sexual harassment and abuse. The catalyst was the historic disgracing of Hollywood mogul Harvey Weinstein, who now is being criminally investigated, after dozens of women came forward to accuse him of rape, assault and sexual harassment.

Following the investigations by The New York Times and The New Yorker magazine, women across the United States and the world are now coming forward with their own stories, involving many different men, under the hashtag #MeToo. Well, we want to go back to the beginning of this historic movement.

Over the last two months, the political, media and entertainment worlds have been rocked, as thousands of women, and some men, have come forward to share their stories of sexual harassment and abuse.

In the days after the Harvey Weinstein revelations, we interviewed Tarana Burke, an activist and sexual assault survivor herself who started the “Me Too” movement 10 years ago. She’s now a program director at Girls for Gender Equity. We also spoke with Soraya Chemaly, a journalist who covers the intersection of gender and politics, and Alicia Garza, co-founder of Black Lives Matter. Democracy Now!’s Juan González and I began by asking Tarana Burke about how she started the #MeToo hashtag 10 years ago.

Tarana Burke: I have been working with young people for more than 25 years. And I worked in the South in 2007. And as a survivor of sexual violence myself, as a person who was struggling trying to figure out what healing looked like for me, I also saw young people, and particularly young women of color, in the community I worked with struggling with the same issues and trying to find a succinct way to show empathy.

We use a term called “empowerment through empathy.” And “Me Too” is so powerful, because somebody had said it to me – and it changed the trajectory of my healing process once I heard that.

And so, because the rape crisis centers in the community I was working with didn’t go out to the schools, they didn’t do outreach, and I’m an organizer by training, it made sense to me that you have to bring it to people. People are not going to seek it out. And so “Me Too” was about reaching the places that other people wouldn’t go, bringing messages and words of encouragement to survivors of sexual violence where other people wouldn’t be talking about it.

Juan González: And your response now that we’ve had – it’s almost a succession of one big name after another being accused of sexual assault – Bill Cosby, Roger Ailes, Bill O’Reilly, Donald Trump and now Harvey Weinstein?

Tarana Burke: R. Kelly, yeah. No, it’s not a surprise. I say all the time, I’m never surprised at these allegations. For every R. Kelly or Bill Cosby or Harvey Weinstein, there’s the owner of the grocery store, the coach, the teacher, the neighbor, who are doing the same things.

Amy Goodman: I wanted to bring Soraya Chemaly into this conversation, of the Women’s Media Center Speech Project. Talk about these latest revelations, these rolling revelations, against Harvey Weinstein, because of The New York Times exposé, followed by The New Yorker exposé.

The New Yorker exposé is only there because the author went to NBC, Ronan Farrow, and he worked on it with them for months, and then they killed it, which is leading to, to say the least, enormous questions within NBC – what were their connections to Weinstein? – putting a lot of pressure on the president of NBC. Talk about this, when this will even be reported, and the level of the women who have to make the charges for this to get this kind of attention, these A-list stars.

Soraya Chemaly: I think this is a very good example of the way overlapping systems of fraternity work to silence stories like these. We know that it takes a tremendous outpouring of, really, trauma from women, working together in a campaign like “Me Too,” to make people sit up and pay attention.

But what we’re really talking about is making people believe what women are talking about, because we have a very deep-seated distrust of what women say. And when women say it, it’s very easy to dismiss and trivialize.

And part of that process of stereotypes and myth making comes directly from media. And media frames questions, decides which questions to ask, how to report, what language to use, and also whose voice matters and whose experience matters.

What we’re really talking about is making people believe what women are talking about, because we have a very deep-seated distrust of what women say. And when women say it, it’s very easy to dismiss and trivialize.

So, in an instance like this, we see very clearly that a person with extreme power and status in one industry was probably leveraging that power and status across industries, able to tap people possibly in the criminal justice system, people in the media system. And again, this, I think, is really common. It’s not rare. It’s just that we’re seeing it at a very high level.

Juan González: And could you talk about this in the context of a president, in a presidency which itself, Donald Trump, has been repeatedly accused of sexual harassment?

Soraya Chemaly: I think that what was most interesting in the wake of the Trump tape that was released a year ago was the difference in responses between men and women to what happened. And we saw a huge gap in understanding and empathy, honestly, during the debate that followed immediately after that tape was released.

The tape was released, and millions of women were traumatized and shared stories with the #NotOK hashtag, very much like they did now. But when the debate happened in the immediate wake of that, there was a large-scale analysis done by Facebook of what people were talking about, what was important to them, and it involved looking at millions of comments and posts from around the world, but especially, I believe, in the United States.

And it showed that, for women, what Trump was saying and what it represented was a priority. It was either number one or two on the list of top five. But, for men, it didn’t make the list at all.

And that experiential difference, which is transformative in terms of producing knowledge, like really understanding what’s going on, is missing in these institutions. And so it takes this immense amount of energy to just try and get institutions to recognize the harm that’s being done by dismissing and trivializing experiences of sexual harassment.

Sexual harassment, if you even think about the term, is a term that reflects the perspective of harassers. Women who are being harassed, men who are being harassed, this isn’t a sexual experience for them. It’s an experience of fear and threat and violence. It’s very intimidating. There’s always retaliation involved. So, even the perspective of the framing of the language reflects the problems that we face.

Amy Goodman: I want to bring Alicia Garza into the conversation, co-founder of Black Lives Matter, special projects director for National Domestic Workers Alliance, speaking to us from Los Angeles. Your experience that about everything that has just been unfolding, now going from the allegations against Harvey Weinstein to both Scotland Yard and the New York Police Department investigating him criminally, and then the massive response to Tarana’s “Me Too” movement that started really 10 years ago but is now picking up steam like we’ve never seen before?

And you and I share someone in common, who you are a mentor to, and when she reached out to me yesterday and said, you know, “My mentor Tarana started this, and I want to make sure that Black women’s work is not erased,” I had to – I had to agree.

My thoughts about this are that – exactly what Tarana said earlier, that this kind of violence is as American as apple pie. I am both heartbroken by all of the stories that I have seen being shared – there’s more stories being shared every day.

This kind of patriarchal violence really functions off of shame and silence. And it’s not lost on me that every single person who told their story about Harvey Weinstein talked about how they were silenced, how they were encouraged not to speak up, how they were embarrassed or ashamed to speak up.

My thoughts about this are that – exactly what Tarana said earlier, that this kind of violence is as American as apple pie. I am both heartbroken by all of the stories that I have seen being shared – there’s more stories being shared every day.

And so the power of this movement of “Me Too,” this power of empathy, this power of connection, is really about empowering people to be survivors, to be resilient, and also to make really visible that sexual violence is not about people’s individual actions, that this is a systemic problem that then requires different types of responses to deal with how systemic this problem actually is.

Juan González: I’d like to ask Tarana, as the founder of this movement: Where do you think it needs to go, from here on?

Tarana Burke: So, the movement, the work that I’m doing and this movement is really about survivors talking to survivors, right? “Me Too” is about using the power of empathy to stomp out shame. And so, we need to keep talking about it.

The reason why people didn’t know my name is because people don’t think about this unless there is something big happening. So what needs to happen is that we need to stop just popping up when somebody famous does something.

So, the movement, the work that I’m doing and this movement is really about survivors talking to survivors, right? “Me Too” is about using the power of empathy to stomp out shame. And so, we need to keep talking about it.

And we need to really look at the numbers, look at the people, look at the survivors and think strategically. I think like an organizer. This is an epidemic, pandemic even. If you applied the numbers around sexual violence to any communicable disease, the World Health Organization would shut it down. There would be all kind of experiment and research around it.

Amy Goodman: Do you think a vaccine could be developed against it?

Tarana Burke: Oh, god, imagine! If we could stomp it out with just “Get your polio vaccine, and stop sexual violence.” But in actuality, it is that pervasive. And so, we need to stop thinking about it in spurts, and think about it as something that we need to constantly work on.

Amy Goodman: That’s Tarana Burke, who started the “Me Too” movement 10 years ago; Soraya Chemaly, independent journalist covering the interesection of gender and politics; and Alicia Garza, co-founder of Black Lives Matter. To see all of our coverage about #MeToo and this historic outpouring of stories about sexual harassment and assault, go to democracynow.org.

Democracy Now! is broadcast weekdays on over 1,300 radio and TV stations, the largest public media collaboration in the country, and at www.democracynow.org, where archived shows, transcripts, podcasts and more can also be found. This segment was broadcast Nov. 24, 2017. 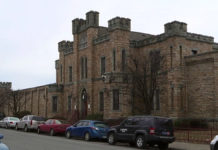