When political resistance erupted throughout the country after Trump’s election, professional athletes were hardly expected to be catalysts for social change, or even on the front lines of protest.

Back in the 1960s individual athletes expressed dissent – U.S. sprinters John Carlos and Tommie Smith gave the All Power to the People salute from the 1968 Olympic podium in Mexico City. Heavyweight champion Muhammad Ali rejected the draft because of his opposition to the Vietnam War.

Since the start of the 2017 season, up to 350 football players, predominantly Black, have knelt, sat down, locked arms or stayed in locker rooms during the national anthem. Former San Francisco 49ers quarterback Colin Kaepernick ignited this dissidence in August 2016, when he sat on the bench during the song, to protest police murders of unarmed Black people throughout the country.

Last season, Kaepernick told NFL.com, “I am not going to stand up to show pride in a flag for a country that oppresses Black people and people of color. To me this is bigger than football.” He has been blacklisted from the NFL and players who have joined the protest have been harassed, mocked and received death threats.

Former San Francisco 49ers quarterback Colin Kaepernick ignited this dissidence in August 2016, when he sat on the bench during the song, to protest police murders of unarmed Black people throughout the country.

In the sports world, backing the Stars and Stripes isn’t considered political. But when players claim Black Lives Matter or defend gay rights, owners squirm in their luxury box seats. The National Football League, the richest and most politically conservative of all the sports leagues, is comfortably wrapped in the flag and leads cheers for the military industrial establishment. Outrageously, the mega-rich NFL was a non-profit until 2015, only giving up the status to avoid revealing executive salaries.

The U.S. armed forces has marketing agreements with most of the major sports leagues, and a congressional report revealed that the Department of Defense paid $6.8 million to sports teams for military propaganda at games from 2011 to 2015. In 2013, the National Guard paid the Atlanta Falcons $315,000 to unfurl the American flag at the Georgia Dome and paid $10,000 for a swearing-in ceremony at halftime of a Seattle Seahawks’ game.

NFL players used to stay in the locker room until after the national anthem. But in 2009 they were ordered to stand on the sidelines. A league source told ESPN, “It was a marketing strategy to make the players look more patriotic.” It also recruits to a U.S. military stretched thin from endless wars.

The face of protest

WNBA players protested injustice before Kaepernick took the knee. And they still do. At least five WNBA teams stood in protest during the national anthem after an anti-Nazi protester was murdered in Charlottesville in August.

At the first game of the WNBA Finals in 2017, the Minnesota Lynx linked arms in solidarity against Trump’s “Kick the sons of bitches out!” remarks. The opposing Los Angeles Sparks walked off the court into the locker room. That same weekend, over 300 NFL football players took part in some form of protest.

With Kaepernick out of the league, high-profile players like Seattle Seahawk Michael Bennett, who was attacked and threatened by Vegas cops, and Oakland running back Marshawn Lynch have picked up the protest mantle. Bennett publicly asked for, and got, the support of white players, and has been taking a knee during the anthem since last season, and Lynch has been sitting down for the anthem this season.

Protests happen each game day across the league. Kaepernick has filed a grievance with the support of the players’ union accusing the league of colluding to keep him out of football.

Some NFL owners claimed to care – a little – about players’ free speech rights. But in a closed-door meeting about owners’ response to the protests, Houston Texans owner Robert McNair made his position clear: “We can’t have the inmates running the prison.” The result? Thirty players on the Texans’ 53-man roster knelt during the anthem prior to Houston’s game at Seattle, on Oct. 29.

At that same meeting, several team owners blamed San Francisco 49ers owner Jed York for the “crisis” by allowing Kaepernick to get away with kneeling in the first place.

Owner reprisals aside, players’ activism continues. There is no solution while teams are privately owned and run for profit and closely tied to the military.

Sports teams should be publicly owned and run, like the Green Bay Packers. Its game tickets are the most desired in the country, in arenas publicly owned and where taxpayers are not gouged to build stadiums for the profit of private owners. All teams should be required to provide health and retirement protections for players and all other workers involved in the sport.

The ongoing political activism by players and fans has already had an exhilarating effect on a public fed up with Trump twitters, and now is the time to help it grow.

Send feedback to the author at raymurphy12@email.com. This story first appeared in the Freedom Socialist newspaper for December 2017–January 2018, at www.socialism.com. 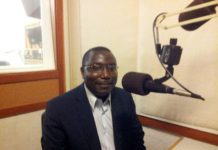