Attention Black activists, freedom fighters and concerned citizens: Juneteenth is the next step in raising awareness of the movement to abolish prison slavery and amend the 13th Amendment

Peace and blessings, Sisters and Brothers in the struggle! 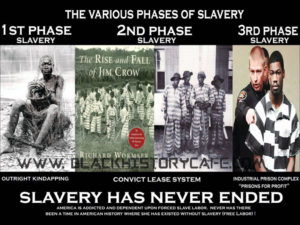 In the state of Texas and wherever Texans have migrated, Juneteenth is an abolitionist holiday in which we celebrate and reflect about the moment in history when slaves in Texas finally got word that the Civil War – and legal slavery – had ended.

For two years after the Emancipation Proclamation, rogue slave owners in Texas had continued to exploit Black people by forcing slavery upon our Ancestors. This year, during your regular Juneteenth celebrations and fellowship with loved ones and members of your community – our community – I am requesting you consider doing something that will help raise the public’s awareness of our struggle.

Sisters and Brothers, there is a movement that seeks to completely abolish legal slavery in Amerika. Yes, prisoners are treated like slaves because the slavery clause in the Constitution’s 13th Amendment makes us slaves:

“Neither slavery nor involuntary servitude, except as a punishment for crime whereof the party shall have been duly convicted, shall exist within the United States, or any place subject to their jurisdiction.” The underlined slavery clause makes prison slavery legal!

There is a movement that seeks to completely abolish legal slavery in Amerika.

Our movement is fighting hard to amend the 13th Amendment of the U.S. Constitution to strike its “slavery clause” that forces prisoners to work for free or for pennies in the prisons, in the fields like slaves of old and in sweatshops manufacturing goods. We enrich huge corporations with our slave labor, and we save prison systems billions with our slave labor when they should pay us at least minimum wage, so we can help support our families.

State and corporate greed for slave labor drives mass incarceration, but it also breeds resistance. In prisons in every state, prisoners are talking and planning and organizing to end prison slavery.

The public, however, largely remains unaware of our status as slaves – and theirs, if they find themselves on the wrong side of the “law.” So we are calling for your help in raising the public’s awareness of the existence and the urgent need to end prison slavery inside the state of Texas and across the nation.

In her trailblazing film “13th,” director Ava Duvernay dramatizes the history and the current challenge. We want you to arrange to screen the film “13th” on JUNETEENTH!

State and corporate greed for slave labor drives mass incarceration, but it also breeds resistance. In prisons in every state, prisoners are talking and planning and organizing to end prison slavery.

Texas has the largest state prison system in the United States. Disproportionate numbers of Black and Brown human beings are trapped inside these modern day slave kamps and gulags. We are being degraded, dehumanized, mistreated and abused, and what is shocking is your tax dollars are funding these institutions, funding our enslavement!

Sisters and Brothers, there can be no meaningful change – no abolition of slavery – without YOU! Let’s dedicate Juneteenth 2018 to abolishing slavery once and for all!

And let’s create positive conversations and dialogue about ending slavery. I and hundreds of like minded activists across the nation would certainly appreciate your help. Happy Juneteenth – our own Emancipation Day – and may God bless you all!

Sisters and Brothers, there can be no meaningful change – no abolition of slavery – without YOU! Let’s dedicate Juneteenth 2018 to abolishing slavery once and for all!

Keith ‘Malik’ Washington is a co-founder and chief spokesperson for the End Prison Slavery in Texas Movement, a proud member of the Incarcerated Workers Organizing Committee and Deputy Chairman of the New Afrikan Black Panther Party Prison Chapter. Malik calls for the abolition of legal slavery in Amerika and active in the Fight Toxic Prisons campaign. Malik has begun to work closely with Heshima Denham, chief spokesperson and chair of Amend the 13th and also with Bennu Hannibal Ra-Sun, formerly known as Melvin Ray, a founding member of the Free Alabama Movement. You can view Malik’s work at comrademalik.com and are encouraged to write him directly: Keith ‘Malik’ Washington, 1487958, Eastham Unit. 2665 Prison Rd. #1, Lovelady, TX 75851. 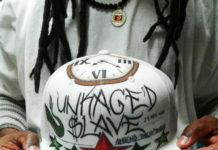