by Black Is Black Coalition 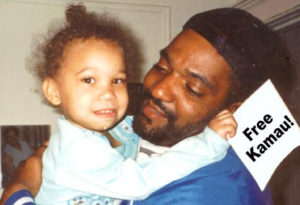 “What started as a wound the size of a penny spread from lack of medical care and has caused his foot to get seriously infected. He has requested a wound specialist for some time, but the prison administrators have repeatedly denied him this care. My father is asking folks to call the prison and write letters.”

Please amplify her call by writing to or calling the warden and chief medical facilitator. You’re calling or writing on behalf of Freddie Hilton (Kamau Sadiki), #1150688.

Call Chief Medical Facilitator Dr. Mary Alston and Warden Philbin at 706-855-4700 or write to them at Augusta State Prison, 3001 Gordon Hwy, Grovetown GA 30813. Insist that he be seen by a wound specialist. No amputation!

Who is Kamau Sadiki?

by Safiya Bukhari and Claude Marks

Kamau Sadiki is a former member of the Black Panther Party. At the age of 17, he dedicated his life to the service of his people. He worked out of the Jamaica, Queens, office of the Party. Having internalized the 10 Point Program and Platform, the three main Rules of Discipline and eight Points of Attention, Kamau used his knowledge to guide his organizing efforts within the Black community. 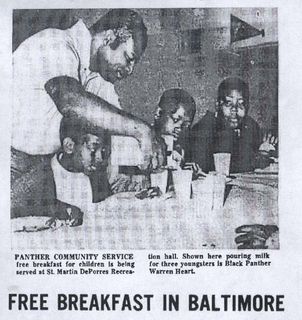 While selling his papers, he continued to educate the people, while organizing tenants, welfare mothers, whomever he came in contact with. At the end of the day, he reported to the office. He wrote his daily report and attended political education classes.

While the media followed Huey Newton, Bobby Seale and others, the day to day work of the Party was being carried out by these rank and file brothers and sisters, the backbone of the Black Panther Party. Without them, there would have been no one to do the work of the Free Health Clinics, Free Clothing Drives, Liberation Schools and Free Breakfast for Children Program. It was to these brothers and sisters that the people in the Black community looked when they needed help and support.

We had been taught that politics guide the gun, therefore our politics had to be correct and constantly evolving. We had to study and read the newspapers to keep abreast of the constantly changing political situation.

When the opportunity didn’t arise on its own, they created situations and circumstances to make the claim. An all-out propaganda war was waged on the Black Panther Party. Simultaneously a psychological and military campaign was instituted.

During this turbulent time, Kamau had been among the members of the Party who had gone underground. He was subsequently captured and spent five years in prison. While he was on parole, he legally changed his name from Fred Hilton to Kamau Sadiki.

On Nov. 10, 2003, Judge Stephanie Manis sentenced Kamau Sadiki to life imprisonment for murder and 10 years to run consecutively for armed robbery after a Fulton County Superior Court jury found him guilty of the murder of Atlanta Police Officer James Green on Nov. 3, 1971.

At the time of the murder, 19-year-old Kamau Sadiki was a member of the Black Liberation Army (BLA), which was led by John Thomas. Several members of the BLA, including Sadiki, left New York City and lived in the Atlanta area for a short period of time. On the night of the murder, two witnesses observed three Black males run from a van where Officer Green sat at a gas station in downtown Atlanta.

The witnesses failed to identify Sadiki from a photographic line-up. There was no physical evidence that implicated Sadiki. In 1971, the Atlanta police department closed the case as unsolved.

In 2001, following increased interest in terrorism, one such former BLA member gave a statement about the 1971 murder after being detained during a traffic stop. With no eyewitness testimony and no physical evidence, the state based its case entirely upon the statements of three former BLA members who were present in Atlanta at the time of Officer Green’s murder. Sadiki was arrested in 2002 in Brooklyn, New York some 31 years after the murder.

Among the many issues raised in his appeal, Sadiki is urging the court to reconsider her exclusion of the testimony of John Thomas’ former wife, Ignae Thomas, wherein she says she was present during two conversations where others admitted their participation in the murder of the officer. Thomas, who is now deceased, made statements exonerating Sadiki and stated that he had nothing to do with the shooting.

Judge Manis ruled such testimony by Ms. Thomas inadmissible and excluded the testimony from the jury’s consideration. Other issues raised on appeal include Judge Manis’ inclusion of a conspiracy charge to the jury when there was no evidence of such and Judge Manis’ admission into evidence of inflammatory statements regarding Sadiki’s participation in the BLA and allegations of misdeeds by the BLA.

Kamau Sadiki has always maintained his innocence and has been a loving father and grandfather, steadily employed for 30 years. The Fulton County D.A. refused to try him 30 years ago due to lack of any credible evidence.

Why him? Why now?

The government and police, knowing that he suffers from Hepatitis C, cirrhosis of the liver and sarcoidosis, told Kamau that unless he helped them capture Assata Shakur that he would “die in prison.” They told him that if he worked with them and got Assata to leave Cuba and go to some other country where they could apprehend her that they would not prosecute on the police killing.

This seemed to be the right time to play this card. So many different forces were congealing in the world that had changed the mood of the country in favor of mania and fear. The conflict in the Middle East had heightened the stakes with 9/11. The Patriot Act had been passed, giving new meaning to what it meant to be patriotic and making disagreeing with or not going along with the policies of the government unpatriotic.

Police and other uniformed personnel were heroes and heroines and above the law – untouchables. What would not have been able to be prosecuted 30 years prior was now, in this climate, possible. Then too, Kamau has not been in the spotlight in the last 25 years. What people don’t know is he never was.

After being released from prison, having two daughters and himself to support, he went to work. He worked for the telephone company in New York for over 18 years. Both of his daughters finished college and are now married with families of their own.

No, Kamau wasn’t out beating the drums; he was being the quiet warrior that he is. He is a Muslim – another liability in these United States where the term has become almost synonymous “terrorist.”

The lies, the distortions, the drawbacks

There are many lies and distortions of the truth that come to play in this case. The most glaring and insidious is that Freddie Hilton had been in hiding under the name Kamau Sadiki and that’s why it has taken so long to find and indict him. A bald face lie.

When he went to work, he didn’t obtain a new social security number under Kamau Sadiki, but his name was changed on his old card to Kamau Sadiki. There was never an attempt to hide anything. How could he?

One of his daughters was also the daughter of Assata Shakur, and he couldn’t hide from that. He was always under the scrutiny of the federal government, if for this reason alone.

New evidence? No, no new evidence. The evidence is the same old story from the ‘70s that was supposedly told to them by Sam Cooper.

The same old story that was not enough to indict at the time of the death of the police officer in 1972 is now enough to indict in 2002. Thirty years later, they are able to find independent witnesses to corroborate Sam Cooper’s story. It boggles the mind that they have found a way to make memories that usually fade over time reverse themselves and grow stronger.

The implications of this case

Books are continually written attacking the Party. Daily, articles still appear in newspapers and periodicals redefining the work of the Black Panther Party. Panthers are still in prison and still going to prison from cases dating back to the ‘60s and ‘70s.

The further we get away from the ‘60s and ‘70s, the more likely that people forget what happened and what we were really about. When issues are taken out of their historical place and placed into another day and time, people tend to get confused. The government banks on that. Historically, it has worked for them.

In this new day and time, in the shadow of 9/11, in Atlanta, Georgia, one of the greatest historical figures of the Civil Rights and Black Power era was convicted and sent to prison for life without the possibility of parole. The response of the community was, “We told you we were capable of convicting him.”

This gave impetus to the government’s plan to clean the streets of dissent. In 1967 it was disclosed that one of the goals of COINTELPRO was to “expose, disrupt, misdirect, discredit, or otherwise neutralize [Black leaders and organizations] … [N]o opportunity must be missed to exploit [them] through counterintelligence techniques … [F]or maximum effectiveness … long range goals are being set … [to] prevent [them from] gaining respectability … and a final goal should be to prevent the long range growth of militant Black organizations, especially among youth.”

COINTELPRO didn’t go away. It continues today. This case, as well as the case of Mumia Abu Jamal and Imam Jamil Abdullah Al-Amin (H. Rap Brown) are prime examples of the existence of COINTELPRO and its agenda. We have a tendency to forget and think that things have changed.

The movements of the ‘60s caught them by surprise. They rushed to catch up and won the first skirmish. We still have casualties. While we were busy, they were preparing so they wouldn’t be caught off guard again.

This round of activity on the part of the state is their efforts to clean up the books. We must not allow them to do this. We must defend Kamau Sadiki. We must push back the state.

We must not allow them to use Kamau as a scapegoat. We must Free Kamau Sadiki and all Political Prisoners.

Kamau Sadiki is living in a nightmare – along with his loving family. He has been committed to community since age 15 and deserves our gratitude and support.

The Story of Kamau Sadiki, Assata Shakur and the Black Liberation Army

‘The Global Imagination of 1968: Revolution and Counterrevolution’