The statement was made by a teacher who was a member of the Oakland Education Association bargaining team. Shouldn’t the bargaining team be made of activists? I had so many questions and comments that I censored for the sake of getting through the meeting.

On Saturday, March 2, the day before teachers were to vote whether to ratify the strike settlement, my twin sister Kehinde and I sat listening, waiting. We looked at each other and I could see she had the same reaction I did upon hearing the statement. Neither one of us visibly recoiled, but I could see the storm clouds gathering in her eyes.

We sat listening to an appeal for us to accept the tentative agreement that did not address teacher demands. None of what we were hearing would create better conditions for students in the classroom. Class size reductions would be negligible, no additional student supports would be provided and even with the 11 percent raise over four years, Oakland teachers would still be some of the lowest paid teachers in the Bay Area.

“Well, I am an activist who happens to be a teacher.” Ru-Roh. They done got Kehinde started. Lawd! It was only a matter of time. The meeting was at a church with Kehinde’s co-workers, other Fremont High School teachers. I got comfortable, sat back and watched for people’s reactions.

“On account of my melanin, I cannot vote to accept this agreement.” Baby boom! Her melanin, yasss! I chuckled inwardly while I watched outwardly, tuning in to facial expressions and body language.

“I feel like people don’t know what a strike is. Yes, we are going to be uncomfortable,” kind of like some people in the room were feeling at that moment. “Yes, we are going to be tired. But we wouldn’t have civil rights if Black people gave up because they were tired. The people who participated in the Montgomery Bus Boycott were tired. You think they weren’t uncomfortable?” Silence.

Kehinde and I were two of the three Black people, all Black women, in a room of predominantly white teachers. Discomfort is not new to us. However, I realize that some teachers on strike were way outside of their comfort zones. “Harriet Tubman was tired and uncomfortable. But she got out of slavery and kept going back to get other people out too. Yes, we are going to be tired, but we have so much more to gain. I’m voting ‘no’ and I encourage you all to vote ‘no’ too.”

“We wouldn’t have civil rights if Black people gave up because they were tired.”

More silence. Then someone hesitantly asked, “So, does anyone want to offer a rebuttal?” I raised my hand with a smirk on my face. “I will,” not because I disagreed, but because I like a challenge. Kehinde and I were both on the debate team in high school. I learned back then that a good debater can argue both sides of an issue whether they agree with it or not. This ought to be fun.

“So, if you’re going to vote yes, let it be a yes, AND …” The writing was on the wall. The fact that a member of the bargaining team was actively urging us accept the crappy tentative agreement told me that they had already given up.

“Yes, AND work to replace the school board. Vote yes, AND actively organize to bring this to the state level. Yes, AND continue to actively work to create the schools our students deserve.” The fifth largest economy in the world, California spends about $80,000 a year per prisoner, yet only a little over $11,000 a year per student. California’s priorities are garbage.

“Yes, that sounds like a campaign slogan; yes, AND. I like that,” said the self proclaimed non-activist bargaining team member. But the “AND” would require activism, so once again, I had so many questions and comments that I censored.

I wondered how many teachers who planned to vote yes would be in the “yes, AND” category. I voted no. But then I am also an activist who understands that, agreement or not, this fight is far from over.

Moving forward, this activist-teacher is absolutely continuing to work to create public schools that provide all children with the education they need to thrive and excel in whatever they decide to pursue. Look out for a statewide action in early May. Oh, and I will be sure to keep you all posted along the way. 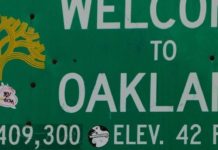 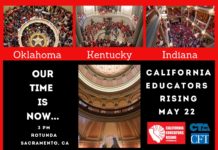 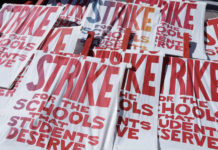 Reflections of an Oakland Unified School District teacher on strike – Day 7: The strike is not over until we vote! 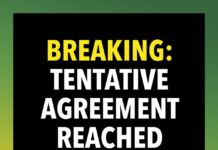 Reflections of an OUSD teacher on strike – Days 4 and 5 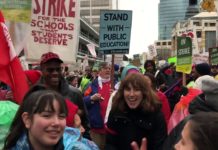 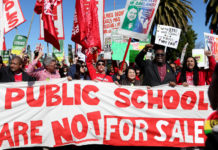 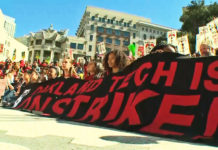