Dear Ombudsman Office and all interested parties, I am filing this formal public complaint on behalf of Keith H. Washington, TDC No. 1487958, who is currently housed at the McConnell Restrictive Housing Unit located in Beeville, Texas. It appears to his supporters from the evidence that his assignment to solitary confinement is baseless.

Hundreds of concerned citizens in Texas and across the United States are requesting that TDCJ Counsel Substitute Supervisor Amy Oliver as well as Texas legislators with the House Corrections Committee and the Senate Criminal Justice Committee review the Audio Recording for Disciplinary Hearing Case No. 20180288555 as well as reviewing the Step 1 and Step 2 grievances Mr. Washington filed in regard to this specific disciplinary proceeding.

It is my contention that Disciplinary Hearing Officer Capt. Cody Wolfrum did in fact conspire with STG Supervisor Sgt. Joe D. Mireles to violate Mr. Washington’s due process rights by prohibiting Counsel Substitute Kelli Fuentes from asking Sgt. Mireles numerous questions which would have allowed Mr. Washington to develop his evidence, which would have supported a clear finding of NOT GUILTY in the referenced disciplinary proceeding.

An on-going campaign of censorship and repression aimed specifically at Mr. Washington’s attempts to express himself and exercise his First Amendment Free Speech Rights is apparent in the McConnell Unit. This is not the first time that Disciplinary Capt. Cody Wolfrum and STG Supervisor Mireles have attempted to violate Mr. Washington’s U.S. constitutional rights and the rights of those he corresponds with.

In fact, in November 2018, Major Disciplinary Case No. 20180323325 was OVERTURNED by the Texas Attorney General’s Office because Sgt. Joe D. Mireles had falsely accused Mr. Washington of violating TDCJ’s Social Media Rule Code 45.0. What is remarkable is that when Mr. Washington attended the hearing in August 2018 that Captain Wolfrum presided over, he showed the captain a letter from TDCJ General Counsel Sharon Howell which clearly explained that Mr. Washington was not in violation of the Social Media Rule. Capt. Wolfrum ignored this evidence.

Along with numerous other concerned citizens, activists and journalists are requesting that an immediate investi­gation be conducted at the McConnell Unit specifically looking at the manner in which Security Threat Group Sgt. Joe D. Mireles and Capt. Wolfrum work together in such a manner as to violate the constitutional rights of Mr. Washington and other prisoners housed at the unit.

What has further drawn oar attention to Sgt. Mireles is the fabricated information and false accusation he placed within the body of the I-47-MA disciplinary hearing report form. Sgt. Mireles wrote: “Furthermore [Washington] did create a disturbance by disrupting unit operations by requiring staff to respond to protest.” However, on the hearing tape Sgt. Mireles states clearly that no disruption occurred! What is going on here?

Those words are: “On August 21st we rise.” These four words lack the substance for a finding of guilt for a charge in which Mr. Washington is being accused of solicitating Professor Wallis to break institution rules by requesting that he share his letter and publish his words far and wide.

From the very beginning, this disciplinary case was grounded in speculation and not FACT. The refusal to mail out the letter based on four words clearly violates the U.S. Supreme Court ruling in Procunier v. Martinez, 416 U.S. 396 (19Q4).

The essence of this case is an attempt by Capt. Cody Wolfrum and STG Sgt. Joe D. Mireles to prevent Mr. Washington from alerting his friends and supporters to the horrible discrimination he was subjected to at the Ramsey I Unit perpetrated by Lt. D. Wallace, Capt. Morna Smith and Senior Warden Jeffrey Richardson.

There is much more to this case than meets the eye and we demand a thorough factfinding investigation be conducted by Ms. Oliver in consort with Texas legislators. Please rectify this problem. I appreciate your attention to this pressing matter. Thank you. 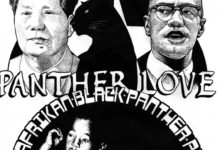 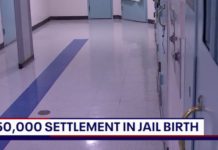