One of the most publicized job issues for women today is sexual harassment. In the 1970s, it was affirmative action, where the entry of women and people of color into traditionally white male trades had the spirit of a civil rights march for integration. In place of segregationists’ firehoses, affirmative action pioneers stood their ground against workplace bullying and sexual harassment that sometimes reached life-threatening proportions.

In “High Voltage Women: Breaking Barriers at Seattle City Light,” historian Ellie Belew captures the drama, the events and the personalities of an affirmative action effort that was in the forefront of the national drive toward non-traditional work for women.

Seattle City Light had a unique program, the Electrical Trades Trainee (ETT) program, that brought together a multiracial group of 10 women in hopes they could collectively withstand the pressure and advance to permanent, journey-level jobs. Belew’s extensively researched account begins with the national origins of affirmative action as a civil rights strategy and covers 25 years of city politics, feminist organizing and union activism.

Through extensive interviews and original source material, Belew tells the story of the 10 ETTs and women who followed them. While some saw the trades mostly as a means to a better paycheck, other, more radical participants sought to build alliances with men of color, white male union members and office staff to change the culture of discrimination at City Light and in the International Brotherhood of Electrical Workers (IBEW), Local 77.

Their battle took many turns through union grievances, discrimination charges, on-the-job injuries and notable victories. The designer and initial coordinator of the ETT program was Clara Fraser, a gutsy feminist and socialist, who ended up fighting and winning her own nationally publicized discrimination case against the utility.

“High Voltage Women” “deftly weaves the threads of … national and state affirmative action law, city policy and on-the-ground demands by the activists,” according to Conor Casey, head of the Labor Archives of Washington. Nettie Dokes, a veteran of Seattle City Light who was the first Black woman journey-level lineworker in the U.S. says, “This is more than a story about the past; it’s the present and the future.”

The question of affirmative action is still being debated today, mostly in regards to college admissions. “High Voltage Women” shows how entrance to previously barred jobs enabled women to support their families, while also gaining skills and satisfaction that offset the challenges and heartaches.

“High Voltage Women: Breaking Barriers at Seattle City Light” by Ellie Belew was published by Red Letter Press and released March 1, 2019, for Women’s History Month. To learn more, contact Red Letter Press, 4710 University Way NE, #100, Seattle, WA 98105, 206-985-4621, www.redletterpress.org, rlp@redletterpress.org. Belew is also the author of “Bringing Power to the People,” the history of the International Brotherhood of Electrical Workers Local #77, and “Fully Involved,” which records the experiences of Washington’s professional fire fighters and their role in the labor movement. 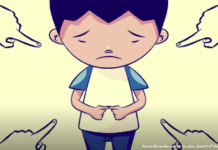 How the patriarchy oppresses men 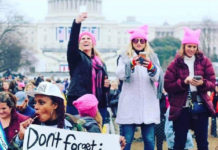 Rolling back the Civil Rights Movement, with BART workers as a major target