Harvest, Alabama – On Saturday, June 22, organizers from local and national prisoners’ rights and abolitionist groups will join with family and friends of incarcerated people outside Limestone Correctional Center during visitation hours, between 10 a.m. and 1 p.m. They will gather at 9:30 a.m. at Fairview Baptist Church, 27550 Nick Davis Road, Athens, Alabama 35613, to begin the event with a press conference.

This mobilization is in response to a call to action put forward by the Free Alabama Movement (FAM), Unheard Voices OTCJ, Kinetik and Swift Justice, and the FAM Queen Team. Participants will be amplifying particular demands (listed below) and demonstrating their solidarity with all confined people in Alabama and their families in the face of ongoing corruption and violence within ADOC prisons.

Families and friends attending visitation at the prison will be encouraged to learn more about current events and get involved with future efforts supporting those organizing for change inside Alabama’s increasingly notorious prisons.

Anticipating this event, and in order to stand in solidarity with the protestors and amplify the event demands, five incarcerated individuals at Limestone Correctional Center pledged to hunger strike beginning on June 14. One of these five, Kenneth S. Traywick, AIS 177252, began his strike two days early, on June 12. Unheard Voices OTCJ maintains that Limestone administration decided to agree to one of Traywick’s own strike demands in the face of mounting pressure once the remaining four pledged strikers – Derrick V. Mitchell, AIS 206713, Joseph Agee III, AIS 275782, Travonte Keon Butler, AIS 281434, and Melvin Lewis Jr., AIS 209031 – began their strike that Friday.

Traywick agreed to end his hunger strike once Limestone administrators confirmed they would immediately transfer him out of the facility, that Friday evening. Unheard Voices OTCJ points to this as another victory that proves that prisoners have the power to force change on the inside when they engage in collective action. Unheard Voices OTCJ has unconfirmed information that an additional striker was put on transfer and the non-profit organization continues to look into the status of the strike and its impact.

The demands that the mobilization is pushing for are:

According to Attorney Richard Rice of Birmingham, “The problem lies not with the facilities themselves but the officials running them, the institutions shielding them from accountability, and the individuals that continue to profit from incarceration and prison labor.”

Despite widespread criticism, including formal scrutiny from the federal Department of Justice, Gov. Ivey remains committed to a nearly $1 billion prison construction plan that organizers insist will only exacerbate the problem of violence and corruption in the ADOC. Studies have shown that private prisons are sites of the worst examples of human rights violations.

As the DOJ has so far failed to pursue action by way of a lawsuit against the ADOC, those who have confined loved ones argue that their inaction is proof that the DOJ does not believe incarcerated individuals in the ADOC are worth protecting. This mobilization demonstrates that those directly impacted by incarceration, and those fighting for change on the inside, will continue to make their own voices heard. 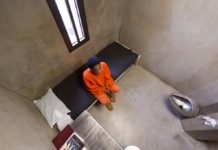 How many children in Alabama’s juvenile detention facilities are at risk of death from COVID-19? 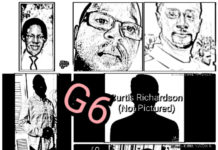 When children are exploited by the juvenile justice system in Alabama 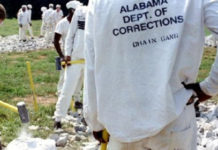 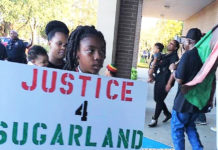 The Sugar Land 95: Help us protect the sacred burial ground of our ancestors in Texas 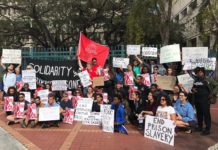