I am writing to ask you to join us in an effort for my dad, Kevin Epps, to be released on bail after being held in custody since May 7, 2019. Please attend the bail hearing at 9 a.m. on Wednesday, July 31, in Department 11 at 850 Bryant St. in San Francisco.

My dad has been treated unfairly for the last two months, being held in custody under unjust circumstances. Our team and my dad’s attorney have been told many times that there is valuable evidence that will influence his case. However, two months have passed and we’ve yet to see this evidence.

At this point, it is beyond frustrating that my father has to suffer under these horrific circumstances. He deserves to be with his loving family and to continue his work as a filmmaker.

My dad has been nothing but a resource and an advocate for his community by utilizing his creativity to shine a light on issues affecting the Black community. Learn more about his story here.

In order for my dad’s case to continue to stay relevant and gain attention, we need your help as a community to seek justice. Not only justice for my dad, but for the community and to beat this unjust system.

Please help by doing the following:

Thank you so much for your proactive support!

Tyler Epps graduated in May 2016 from San Francisco State University with a degree in Communications Studies and is currently a graduate student at the University of San Francisco. She wants to focus on learning about resources, programs and initiatives within the health system and work to provide more resources for disadvantaged communities. She can be reached at tyepps19@gmail.com.

To the family and friends of Kevin Epps:

I represent Kevin in a criminal case. The charges are very serious and he and I need your help as he faces the charges.

Kevin’s bail hearing will be held on Monday, Aug. 5. At the bail hearing, the judge will determine whether to release Kevin on bail or on his own recognizance without having to post bail. If bail is set, the judge will need to say how much the bail should be, as well as what other rules or restrictions to place on Kevin if he is released.

It will be my job to convince the judge that Kevin should not continue to be detained and that a low bail should be set because Kevin is the kind of person who will make all of his court appearances, because Kevin is not a danger to the community, and because Kevin will follow any rules or restrictions the judge might impose as conditions of release.

If you will send me a letter about Kevin, I can use it for the bail hearing and for other issues in the case where it will be important to educate the judge about the kind of person Kevin is. Your letter should be addressed to “To Whom It May Concern.” It doesn’t need to be more than 1 page long.

Fax your letter to me at 415-824-4833 or email it to me at markrvermeulen@gmail.com, and you should sign the original and mail it to me at the address on my letterhead above.  In an effort to go forward with the bail hearing, I need to receive your letter as soon as possible.

In your letter, you might talk about some of the following subjects, or anything else that might occur to you:

Specific suggestions for what to include:

I make this request in order to help Kevin and his family through this very difficult situation. Your letter is extremely important. Please sit down right now, think the matter over, carefully write your letter, and fax or email it to me. Both Kevin and I thank you. 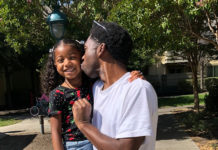 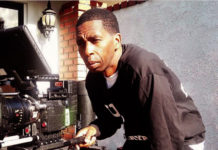 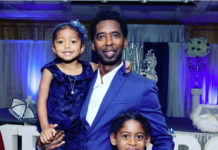