Mumia Abu-Jamal and his supporters are closer than ever to winning his release after 38 years in prison for a crime he didn’t commit. The Fraternal Order of Police, former district attorneys and other political higher ups who participated in the frame up are now shaking in their boots because an innocent man may be given a new trial in which judicial, police and prosecutorial misconduct will be exposed.

Pam Africa, of the International Concerned Family and Friends of Mumia Abu-Jamal and a MOVE member, said, “Abu-Jamal should have been released by Krasner on the basis of judicial and prosecutorial misconduct – as many others have been recently. By doing this, Krasner would be following the color of the law.”

While Maureen Faulkner-Palkovic, widow of Daniel Faulkner, is being put forward as the face of the opposition in recent court proceedings, the real players behind the scenes are the FOP and their cronies. And they are dangerously worried. It is in the interest of the 6,500-member FOP Lodge 5 to bring down Larry Krasner, the popular new DA with an anti-corruption agenda. The FOPs’ campaign is nothing less than an effort to terrorize any court official who values justice more than letting an unfair conviction stand.

At a Nov. 12 press conference at the FOPs’ lodge, Faulkner claimed, “I’m here for justice.” In 38 years, Faulkner and the FOP have never fought for justice. In fact, the FOP has a decades-long violent and racist history of defending every cop accused of police brutality and terror against Black and Brown and poor people.

Previous district attorneys were more concerned with getting high rates of convictions against African American and Latinx residents than actual justice. Their policies resulted in the unfair jailing of innocent people like Mumia Abu-Jamal and mass incarceration.

“The police at the scene, supported by the FOP, also the prosecution under Edward Rendell knew that Mumia was innocent. The FOP and Faulkner’s recent attempt to remove DA Krasner from Mumia’s new appeals is just another cover-up,” said Rachel Wolkenstein, longtime Mumia supporter. 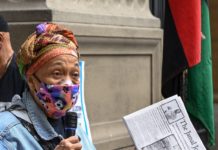 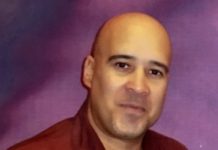 What prisons are like during COVID lockdown: interview with a Pennsylvania incarcerated worker