He was knighted by an ancient Italian royal order for his service to music and received the honorific “Sir” as a title.

Sir Jules was a classically trained musician. He was renowned in the Bay Area for presenting beautiful concerts and oratorios sung by the Third Baptist Cathedral Choir accompanied by members of the San Francisco Symphony Orchestra to celebrate the Christmas and Easter holidays.

He began his tenure at Third Baptist in 1956 after serving as minister of music at Jones United Methodist Church in San Francisco for five years. He received his bachelor’s and master’s degrees in music from the University of Southern California and the Artist’s Diploma from the Paris Conservatory of Music in France. He was knighted by an ancient Italian royal order for his service to music and received the honorific “Sir” as a title.

In the Bay Area, he founded the International Choir made up of singers of all races, religions and walks of life. He prepared singers to sing at the 1984 Republican Convention in San Francisco. He also prepared and conducted a 1,000-voice choir for the National Baptist Convention when it met in San Francisco in 1959. 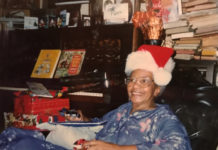 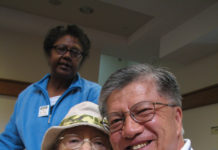