“For whose entertainment shall we sing our agony? In what hopes? That the destroyers, aspiring to extinguish us, will suffer conciliatory remorse at the sight of their own fantastic success?” – Ayi Kwei Armah, from the book “Two Thousand Seasons” 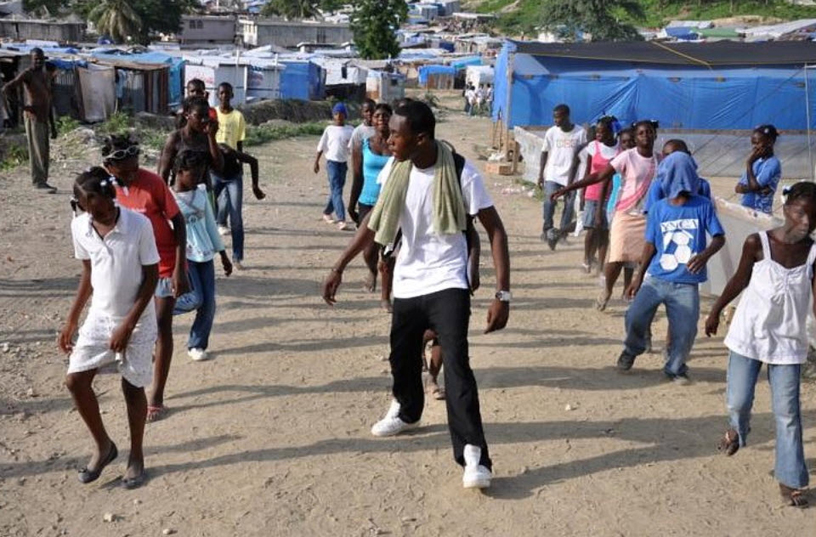 The champagne bottles were popping at the U.N. for the pledging session’s success – $5 billion, $10 billion pledged for the future. Whose future? What Haitians in Haiti need is a hoe, a tractor, some lifting equipment, so they might not have to use their bare hands to dig out the corpses still under the rubble over three months after the earthquake. Just a hoe, a tractor – we’ll do the work.

But no, the Internationals are going to give us $5 billion later. Be happy. Wait for it as you die inside because your daughter, son, wife, mother, father, cousin and friends are still dead under the rubble and no one will help you lift up the cement blocks and steel cables so you might bury them.

Yep, you have no food, no water, no medical treatment, no job to go to, no shelter today, but don’t worry. The Washington Post assures you, “The international community pledged $5.3 billion for earthquake-shattered Haiti over the next two years, launching an ambitious effort not just to rebuild the hemisphere’s poorest nation but also to transform it into a modern state.” (“$5.3 billion pledged over 2 years at U.N. conference for Haiti reconstruction.”)

For $5.3 to $10 billion in earthquake reconstruction funds not yet collected, the Preval government “agreed” that an Interim Commission for the Reconstruction of Haiti (HRIC), composed of 13 foreigners and seven Haitians, will approve disbursements for rebuilding projects. The World Bank will hold collected donor funds and distribute said funds to “Haiti” rebuilding projects it deems worthy. Then, another group of non-Haitians will supervise the Haitian government’s implementation of the projects the World Bank strategists think worthy.

So, while the United States, the largest shareholder in the World Bank, openly secures its domination of Haiti, tramples on Haitian sovereignty with the added benefit of having the out that the Haitian government – not them, not their NGOs – failed in its implementation of projects.

While that little understanding was being thoroughly fastened down at the U.N. donor meeting, right then at Fort National, Haiti, the people are just walking over corpses and digging on the spot they find them to bury them. Others are burning the remains they find so that the stench and airborne disease won’t kill the living.

But don’t worry. Remember, Papa and Mama Clinton care, the U.N. cares, Preval cares because at the U.N. donor session, the $5.3 billion amount “exceeded by more than $1 billion the goal set ahead of a conference co-sponsored by the United Nations and the U.S. government. In all, countries, development banks and nongovernmental groups pledged nearly $10 billion for Haiti in years to come,” reports the Washington Post.

In years to come …

What is needed now is to finish extracting and burying the remaining dead, nurture the living, find a job to survive, get shelter from the elements and coming rains and hurricanes, medical treatment, food, water and get rid of the foreign experts who say their country is financing the Haitian government budget and therefore they are the ones to represent the people of Haiti. Meanwhile Sen. Dodd of Connecticut and the Senate Foreign Relations Committee are not going to these rulers of Haiti for the failure of the so-called Haitian government but asking for more foreigners like them to take charge despite the Internationals’ six-year dismal failures in Haiti. 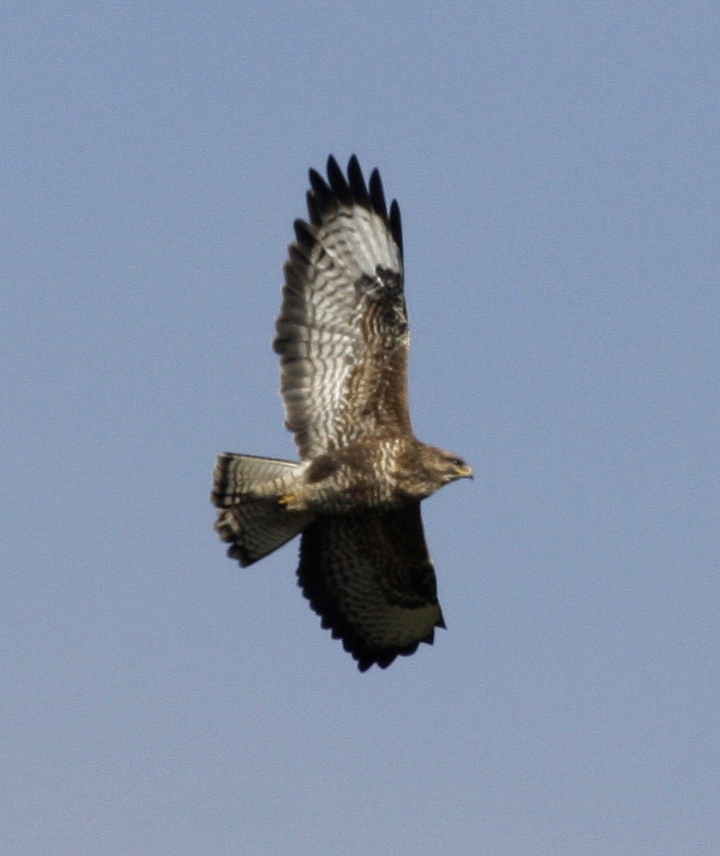 Besides, what can the people under water-logged tarps and tents do with the abstract $5.3 billion pledged by these Internationals? A backhoe, tractor, some seeds to plant food and fruit trees, some electricity, in-Haiti production of all daily necessities, shelter, sanitation, a wheelchair, a prosthetic limb to replace the one cut off by the quake’s ravages, a safe place to live, food, running water, antibiotics, some compassion and a living wage job to keep one from thinking about the loss of one’s everything would be helpful. Like now, perchance? Using not foreign resources, but Haiti’s gold, petrol, iridium, uranium, bauxite, limestone and the expertise of Haitians from the U.S., Canada, France, Latin America or the Caribbean who are willing to VOLUNTEER their time and transfer their skills to native Haitians for the nation’s good – to build Haitian capacity, not NGO capacity in Haiti.

But alas, the West dreams of riding the world economic recession and political dangers for themselves on the backs of Haiti’s dead to the tune of the $5.3, $10 billion do-gooder image they’ve siphoned off for themselves. Officialdom’s policymakers dream of doing more of what they’ve done in Haiti these last nightmarish six years and of using the earthquake windfalls to build tourist enclaves and waterfront casinos in Site Soley and Fort National and throwing out the Black Haitian majority as was done in New Orleans.

So why bother against these dreams of the BlackBerry-smartphone contingent? Against the NGOs’ useless waste of money, their setting up projects where no Haitians participate, justifying their jobs by holding meetings upon meetings with the people in the camps but with no follow-up except their trophy reports, press releases and conferences to show direct connection to justify their existence?

Haiti’s Prime Minister Jean-Max Bellerive and a consortium of well-known Haitian figures, such as Reginald Boulos, worked on a document concerning the economic future of Haiti. The text does not explore the amazing opportunities offered by the exploitation of Haiti’s mining and oil resources, nor does it mentioned any of the serious studies done on the subject. Instead, it presents agriculture as the main alternative to resolve Haiti’s problems.

By ignoring the question of Haiti’s natural resources, it is as if the message was: There will be looting, pillage. But we will give you a little piece of bread.

Haiti has oil, iridium, uranium, copper, coal, limestone, the purest marble and, in terms of its gold, “10 million dollars have been invested by CFI (the World Bank private sector) in relationship with the IMF for a project worth billions of dollars.” Where is this information measured, factored into these U.N./U.S.-sponsored reconstruction plans and U.N. donor media shows?

Why must Haiti import fuel from the Dominican Republic – and thus the U.S. – instead of domestically producing its own energy? Where are the plans for using green and alternative energy – Haiti’s natural assets – its dry, un-arable, unusable lands for growing Jathropa for biofuel production; its wind, sea, sun, rivers for ocean heat pumps, solar cookers and panels, hydro-electric, geothermal and for coal energy, which Haiti has in abundance instead of Haiti sending hundreds of millions overseas to BUY fuel?

What’s so new about this International Haiti Plan if it’s not about food sovereignty so the people won’t need foreign big-pharmaceutical “supplements” and vaccines on empty, not to mention aching stomachs from drinking foul water.

But, he said, there are some less obvious impacts of drinking dirty water. For example, dirty water can undermine other humanitarian efforts that money and effort have been poured into, like efforts to control AIDS/HIV in Africa. “They’re going home, they’re taking their medicine with bacteria-filled water, and their bodies are not absorbing the medicine.”

What’s new if this Clinton Haiti Reconstruction Plan is still about dependency – that is, using fertile land not for feeding the ill and starving people but for exporting coffee, avocado, mangoes (for Coca Cola), et al … and continuing to IMPORT food, to import fuel, “medicine” and foreign charity workers – and not about system-wide domestically produced food, clean running water, domestically generated fuel, jobs, education, health care and serious investment in sanitation and communication infrastructure and the energy to support these to help the masses connect into the global economy and have a non-mediated but sovereign voice?

U.S. foreign aid for Haiti is money raised to employ its own corporations, nationals and as funds for buying its own products and dumping them into Haiti – vaccines, seeds, fertilizer, nutritional supplements, pharmaceutical drugs, pesticides, Arkansas rice and food products, imported fuel, and ready-to-eat-meals et al … Why?

The watchword in U.S./Euro imperial geopolitics is pursuing interests, not principles of humane co-existence, charity not solidarity. Haiti is not the poorest country. It’s the most exploited country.

Like always, we’re mostly on our own. Just different Haitians are dying, in jail and being abused and tear-gassed by the U.N. Oceans of our blood have poured and watered the soil upon which Haiti stands.

For a good example of what real humanitarian help looks like, examine the proposal outlined in the Statement of the Cuban Foreign Minister at the U.N. Donors Meeting on Haiti .

Below we post the Haiti-Cuba proposal for building health care in Haiti that considers the needs of the poorest of the poor, Haiti’s realities and is without the unseemly large budget and consumerish waste of the cork-popping champagne fanfare of the U.N./Papa-Mama Clinton media show and pledging session that just took place at the U.N. Donor Conference. It is worthy of all our support. 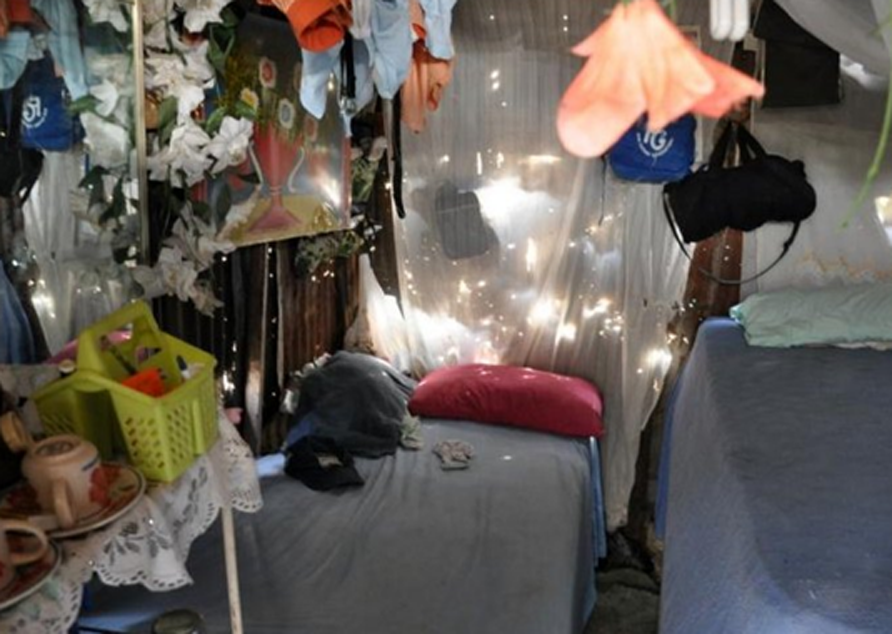 Who in Haiti and in the Diaspora is not soul-tired of the unrelenting U.S./Euro resource war on Haiti masking as humanitarian aid? The Independence Debt Haiti constantly has to pay. (See “The Haitian struggle, the greatest David vs. Goliath battle being played out on this planet.”)

This Cuban proposal for health care ought to be brought into application. Really. And if Haiti’s majority had any say, if Haiti had any sovereignty, if the law, the good, the decent and moral had any teeth in these trying times, there’s no doubt it would be. But the foreigners and their Haitian Blan peyi making more than $500 a day in Haiti from donation funds pilfered from the pain they’ve caused, exacerbated and made worse through their rule in Haiti are not embarrassed at all.

They make more than $500 a day in Haiti happily proclaiming it’s kosher for Haitians to make 38 cents an hour. And through their self-serving defamation and denigration of Haiti’s Black people and always “evil government” or officials, these modern day slave-making Gran Blan, of all the classes and races, make Haiti’s suffering so ordinary, so natural, so explainable, even they don’t see their own vulgarity.

The day these insatiable vampires in Haiti accept to level the social and economic hierarchies they’ve imposed on Black Haiti, especially on Black Haitian women, and come to “help” for the same 38 cents per hour salary their policymakers deem good enough for Haitians is the day the majority in Haiti shall take any of them seriously. Until then, the Haitian Revolution shall continue. Liberty or death.

They make more than $500 a day in Haiti happily proclaiming it’s kosher for Haitians to make 38 cents an hour.

The souls gone shall add to our strength to continue until we’ve stopped or tied up the Bafyòti (black collaborator), Mundele (white colonist/imperialist) and all their Ndoki (evil forces). “E, e, Mbomba, e, e! Kanga Bafyòti. Kanga Mundele. Kanga Ndòki” is the Bwa Kayiman exhortation that signaled the start of the Haitian Revolution. 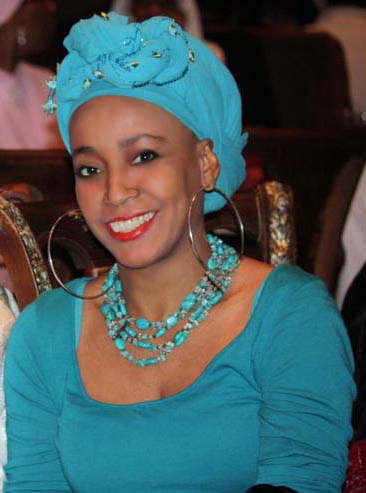 In the last six years since Bush’s bicentennial regime change and since the tyrannical NGO industry and U.S./Euro market privateers took over Haiti, what has worked to assuage the vivid ills inflicted on the poor is the direct help Haitians have provided to each other and the Diaspora remittances. Other than that, with some small exceptions from a few small human rights organizations, Haitians may count on the Cuban doctors whose services do not strip them of their sovereignty, equality, humanity and dignity.

MSF — April 14, 2010 — This slideshow is narrated by an MSF communications officer who also took the photographs during a two-week visit to Haiti in March 2010. He accompanied MSF field staff on assessments of living conditions in makeshift camps where people had been living without basic assistance.