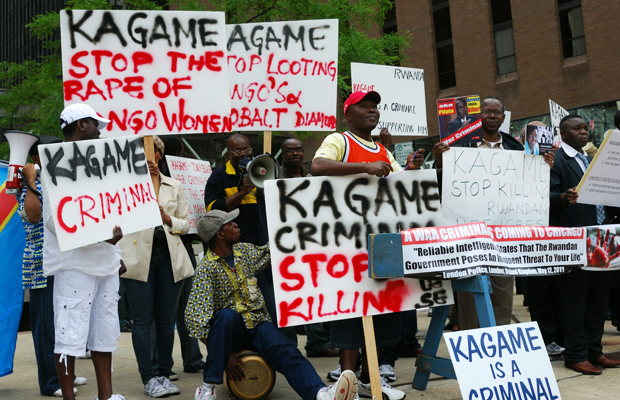 KPFA: The June 3, 2011, report from Amnesty International condemns Rwandan President Kagame’s government, saying that “the Rwandan Patriotic Front (RPF), in power since the 1994 genocide, tightly controls political space, civil society and the media, contending that this is necessary to prevent renewed violence. Human rights defenders, journalists and political opponents cannot openly criticize the government without facing repression, and Victoire Ingabire Umuhoza, leader of the FDU-Inkingi coalition of opposition parties, remains in maximum security prison, charged with terrorism and genocide ideology, which means disagreeing with the government or the official government history of the Rwanda Genocide.

KPFA spoke to Celestin Muhindura, a Rwandan American and president of the Initiative for Democracy and Development, a non-profit organization that advocates for peace, democracy and development in Africa, with focus on Rwanda and Congo, whose histories and struggles have been inextricable since the 1994 Rwanda Genocide.

Celestin, can you tell us how the demonstration went today? 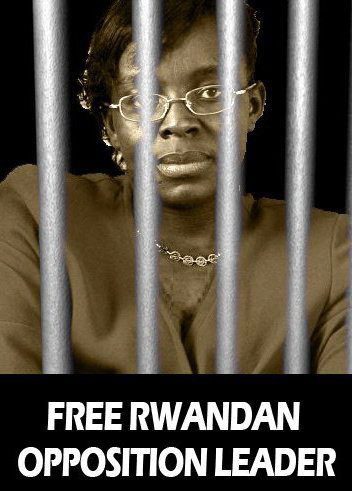 As you know, Victoire Ingabire left the Netherlands to go run for president. She tried to follow the rules in Rwanda, and once she got there, she was denied the right to register her political party, and the violence against her continued until she was arrested, arbitrary. She was not able to run for president, when the Constitution allows her to run.

So it’s not just for Victoire Ingabire. It’s the same for Bernard Ntaganda. Bernard Ntaganda was in the country. He registered his party, which presented him as a candidate, but, when the time came for running, he was put in prison.

So there are many other signs that the Rwandan government doesn’t offer a political space. Any journalist who tries to speak out is either killed or put in prison. People who try to free the government, their spies follow them in exile to try to kill them.

KPFA: Do you believe that if she were freed from prison, Victoire Ingabire Umuhoza could bring reconciliation to Rwanda?

Celestin Muhindura: As I know her, Victoire Ingabire is a Rwandan patriot, who loves people and who loves the country, and who has the capability to bring people together. If freed, she’s going to be the hope for the country.

KPFA: And do you think there’s any chance of her being freed?

Celestin Muhindura: I believe, if the international community puts pressure on Kagame, he will end up freeing her. 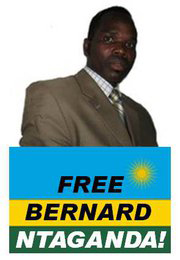 KPFA: Many people seem to fear that there could be another outbreak of violence in Rwanda, possibly even worse than before, because the Hutu majority is so repressed. Are you worried about this yourself?

Celestin Muhindura: I’m worried about that and that’s why we put together this organization, to try to advocate for a peaceful solution. So we are afraid because Kagame is pushing hard on people, and if he continues, the volcano will erupt.

KPFA: Celestin Muhindura, I certainly hope that that does not happen, and thank you for speaking to KPFA.

Celestin Muhindura: Thank you very much.