I write to commend you for a job well done in covering and telling the horrors and realities that we behind enemy lines are subjected to. I understand the difficulties and scrutiny that must be endured yet faced in telling our truth in the face of opposition. Again, I thank you for contributing to our struggle and getting the word out. 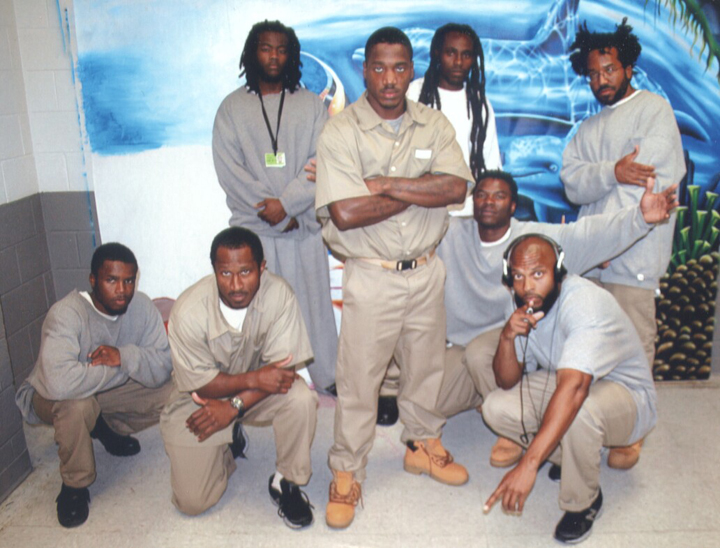 Kevin “Rashid” Johnson and myself have endured the same brutalities. The difference is that in 2009 I had no knowledge of the Bay View nor any outside outlet to convey my tale, so my efforts to let the world know about the cowboy justice behind enemy lines fell on deaf ears.

I’m an advocate of the Nation of Gods and Earths, known as the Five Percenters, and we were labeled as a security threat group in 1995 in state prison, despite the fact that our God-Centered Culture was established in the free world in 1964 by our educator, Allah. Our God-Centered Culture also has 501(c)(3) tax exempt status like any religion under the First Amendment, but because we teach that the Black man is God and the Black woman is Earth and the white man is devil, as a collective we were deemed a threat.

Rashid Marria sued the Department of Corrections for violating his First Amendment rights and won his case. (See Marria v. Broaddus, 200 F.Supp.2d. 280, 292-93(SDNY 2002). Yet, we are still being penalized for teaching our God-Centered Culture. At this point the STG term is no longer used, but to keep us from congregating and teaching the masses our truth, they now employ the excuse that we are religious in nature, can receive clergy visits and are allowed to practice our culture on an individual basis and order our publications, yet we are denied chapel time or access to chapel resources due to racial distinctions that don’t allow participants other than African-Americans.

I’m an advocate of the Nation of Gods and Earths, known as the Five Percenters, and we were labeled as a security threat group in 1995 in state prison, despite the fact that our God-Centered Culture was established in the free world in 1964 by our educator, Allah.

When we gather on the yard to build amongst our brothers, we are continuously harassed and threatened. When we order our publications, they’re sent back. We’ve even made it known that we have Caucasian Five Percenters, but we are still being persecuted.

In spite of it all, we support the religious houses of the Rastafarians, Nation of Islam, Nation of Yaweh and Shetaut Neter for the cause of contributing to the development and growth in educating the masses on the need of effectively changing their conditions by educating themselves. We want them to study business law, business management, business marketing, accounting, science, mathematics, history and law so that once they pay their debts to society, they are equipped to be conducive and productive in propelling their city’s economy by implementing Black-owned businesses.

Balancing the economy through implementing Black Businesses is the order of the day. And because of this fact we are so feared. The thought of the unknown becoming known is the greatest fear of the Caucasian. This is what prompted this national disclaimer.

Why are we so feared?

Is it because we emphatically state that the Black man is God and that the Black woman is Earth? Naw! That can’t be it because they laugh in our faces when we tell them our truth. Are we feared for the cause that we advocate and teach righteousness? This too cannot be the case because 85 percent of the population view our wisdom as a foreign intelligence that doesn’t exist in their reality.

Are we so feared because we finally understand why we failed in our previous endeavors, yet we blame others as the cause while realizing that we caused it all? Or maybe you fear us for the fact that we openly advocate the removal of Black confinement by teaching our brothers and sisters behind enemy lines how to effectively eradicate poverty from themselves and their lineage through proper education, developing Black businesses and creating an economic structure to sustain their communities.

Yet in doing so, we are providing direction for and giving purpose to the generations that come after us, leaving no excuse for the youth to use as to why they chose slavery over freedom. Maybe you began to fear us when you learned that we were neither anti-white nor pro-Black but stand against devilishment by exerting the force and power of righteousness!

Balancing the economy through implementing Black Businesses is the order of the day. And because of this fact we are so feared. The thought of the unknown becoming known is the greatest fear of the Caucasian.

It is stated that the ancient elders along the Nile River educated all humanity within their educational system for the cause of civilizing them with the knowledge to further civilization. Are we so feared because what we teach effectively eradicates white supremacy and its inception? Are we feared because we now know and understand why fear was implanted into our psyche?

We’re puzzled in thought and contemplate the cause of why you fear us so much! But after countless and endless hours of gaining the knowledge and understanding of self and our ancient ancestors antiquitous Quran (history), we’ve arrived at the conclusion that you fear us because of our ability to awake the dead from their slumber and unite them in righteousness for one common cause.

I understand that we’re a threat to your system because in your own Quran you’ve either slaughtered those A-alike us, dropped bombs on us or locked us up because we’ve begun to cause a stir among the dead. So we’ve come to realize that it is not us that you fear, yet what you do fear is the probability of change that comes from our ability to unite all oppressed people to stand as one against their oppressor.

You fear the force and power of the unknown becoming known!

In the Nation of Gods and Earths (Five Percenters), we take on righteous names to identify with and define who we are ethically, morally, characteristically and scientifically. Our righteous names express and define our divinity as God or Earth that disconnects us from our slave master’s name. Though we respect our honorable names given to us by our parents at birth, yet upon identifying with and accepting our divinity, we are given a righteous name by our educators, who do so by observing our character, morality, ethics and natural order.

My righteous name is Immortality Exegetical 120 Allah. Immortality is the ultimate reality of energy manifested in the mental and physical form that has no beginning nor ending, yet is older than the sun, moon and stars. Exegetical 120 is the mathematical and scientific analysis that I incorporate and utilize to define the reality of myself, 120 lessons and everything in existence, through the expressions of signs, symbols, numbers and letters.

In the Nation of Gods and Earths (Five Percenters), we take on righteous names to identify with and define who we are ethically, morally, characteristically and scientifically.

Allah in English means THE GOD, and Allah is he/she who knows, understands and controls the four forces – strong, electromagnetic, weak and gravitational – and the five energies – chemical, electrical, mechanical, nuclear and thermal – within self to show and prove the motion of life’s existence. 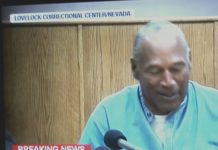 O.J. Simpson, keep speaking for the powerless in prison