Margaret Stroud Block, long time civil rights activist, passed away June 20 in Cleveland, Mississippi, where she was born and raised. She lectured at universities and organizations throughout the U.S., particularly in the eastern part of the country, on civil rights and current education policies.

Margaret was a dear friend. We met each other in the mid-‘80s when Proposition J, a San Francisco initiative to divest city workers’ pension money from South Africa, was proposed. The measure passed. I learned how working around an issue such as this brought like-minded people together, no matter what their background.

When ANC (African National Congress) members came through town to raise awareness of apartheid, I put them up at my house. One of them was David Ndaba. David had to be at Third Baptist Church on a Sunday morning to speak, but I could not wake him up. I finally had to get his driver to come up and get him ready. I accompanied David to church and we sat behind Lia Belli, Melvin’s then wife. She turned around and smiled at us as if she knew us. I know I was the only Asian in church that morning.

David was studying medicine in the U.S. Many years later I was watching the news one evening and saw David working in the emergency room of a Tampa hospital. I later learned that on his return to South Africa, he was personal physician to former ANC President Thabo Mbeki.

Afterwards, a small group of us continued to hang out together. It was serendipity to work politically with these women. We were all strangers and found we cared for each other and were ready for anything after our victory with Proposition J. We called ourselves the Seven Samurai.

Margaret Stroud Block, long time civil rights activist, passed away June 20 in Cleveland, Mississippi, where she was born and raised.

There was Mamazane Xulu, in exile from South Africa and a social worker in New York. Essie Mormen was a nurse at San Francisco General Hospital and, later, a breast cancer survivor. She became an activist for African American women with breast cancer and spoke on how medical treatment was not available to them due to poverty. In 1997, a well known video was produced called “Rachel’s Daughter,” which Essie was involved in and helped promote.

Blanche Bebb, an x-ray technician at Kaiser and labor organizer, who loved Bruce Springsteen and jazz, invited us to a Springsteen concert but I wasn’t crazy about Springsteen. Instead we all went to then Milestones to hear jazz. I once won two tickets through KJAZ to see Paco De Lucia, so Blanche and I went to see him. Blanche fondly remembered this concert each time we had our annual lunch.

Geraldine Johnson was a labor organizer and president of the Coalition of Black Trade Unionists. Abby was very quiet and shy. We knew very little about her, but our gatherings always made her laugh and smile. And there was Margaret – writer, poet and a fierce fighter for civil rights.

One night we met at my house on Fifth Avenue for dinner and to read Chaucer’s “Canterbury Tales.” I was never into English literature, but Geraldine thought we should read excerpts and then discuss it. I remember laughing and giggling because I could not understand a word of “olde English.”

Another evening, we were at Margaret’s house. She said, “It’s crab season. Let’s go crab fishing.” It was wintertime and none of us had any warm clothes nor had fished for crab before. Margaret pulled out old jackets, caps and scarves. We piled into two cars and headed for Aquatic Park.

First, we stopped and ordered some Chinese food to go. Then we made another stop at a liquor store and bought a gallon of cheap red wine. We sat on the benches shivering and exhaling steam while Margaret was doing all the work dropping crab cages into the water. We were eating chop suey and getting a little drunk to keep from freezing. I think Margaret caught two crabs. It was around midnight. Police never came around to tell us to go home. We were a bunch of middle age drunk biddies howling with laughter.

Margaret was a dear friend. We met each other in the mid-‘80s when Proposition J, a San Francisco initiative to divest city workers’ pension money from South Africa, was proposed.

Margaret reminded me of how we went out to put up posters and flyers for Prop J. I don’t remember this, but Margaret said we were putting flyers up everywhere, even where we shouldn’t have.

Another evening, Geraldine, who was a big woman, had broken her leg but she still wanted to have a gathering. I lived on the upper flat in the inner Sunset and had 31 steps to climb. Geraldine came upstairs, her leg in a full cast, on her butt and descended the same way. I thought, gee, this woman has a strong constitution.

When Nina Simone came to the Bay Area, we all drove to San Carlos to see her at the Circle Star Theater. When “The Color Purple” premiered in San Francisco, we all went. I remember Essie telling me she would never wear a dress with flowers on it. Those were for old women. Essie’s style of clothing was African inspired. I wore floral print clothes.

About two years ago Margaret traveled west to visit her daughter and family in Sacramento and San Francisco. I took BART and Muni and went to Hunters Point to meet her. One of the purposes of this trip was for us to visit and stop by the offices of San Francisco Bay View newspaper to meet Mary Ratcliff, editor of the paper. Mary showed us around her neat, immaculate home and office showing us the bullet holes that were fired on them from a nearby rooftop. 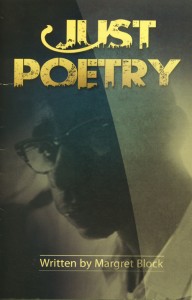 Margaret was a very humble person. She told me about some of her political experiences and struggles. The distance between us kept us from having the intimate conversations we had in person. She told me on many occasions her phone was tapped and gave me examples.

I learned more about Margaret after reading books such as “We Will Shoot Back” by Akinyele Umoja. In November 2013, Akinyele, who was a friend of hers – who wasn’t? – came to UC Berkeley on a book promoting tour. Margaret told him I was coming by. Before the program began, Akinyele, who grew up in the Compton area, asked, “Is there a Shirley here?” I half raised my arm and he walked over and thanked me for coming. I offered my hand to shake and instead he gave me a big hug, saying I was family.

Margaret loved Japanese food but she couldn’t find any restaurants in the Cleveland area. She once went to Jackson to a Japanese restaurant owned by Chinese. She asked for wasabi and they didn’t know what it was. So I periodically sent Margaret care packages of Japanese groceries, wasabi, miso soup, packages of noodles, dried bonita fish flakes and other condiments.

Years ago, I had some notecards printed for Margaret: They read, “Mayhem by Margaret.” After looking up the definition of mayhem, I decided it was not a proper gift to give her. But after reading in Akinyele’s book that she made Molotov cocktails during the ‘60s, I wasn’t so far off.

Our group of seven warriors is now down to one. I will miss Margaret so very much.

My love and sympathy to Michelle, Yamu and Iyana and Margaret’s family.

Justice and Jive: A History Poem of American Justice

Justice wasn’t in America’s plan when they took away the Indian Nations’ land,

Like the Arapahoe, the Apache, the Cherokee, the Choctaw, the Navajo and many more.

And infected them with smallpox and hives; you just knew that they wouldn’t survive

These injustices can never be justified,

Where was Justice when slavery abounded,

Perhaps she was helping Old Master keep Swobo’s nose to the ground.

They took away his children, his culture, his language and his identity

But they could not take his dignity.

Madame Justice, you can’t hide, we charge you with genocide.

Justice was nowhere around when all of the lynchings were going down.

The Klan strung us up and didn’t try to hide

Because they knew that Justice wasn’t on our side

When Billie Holiday sang “Strange Fruit,” she was singing about dead bodies hanging from a poplar tree.

She could have been singing about you or me.

She knew that justice would never preside,

You call it Justice but Billie called it Jive.

Justice comes with a dollar sign although justice is supposed to be blind.

I can’t buy Justice and pay my rent. I make minimum wage with no benefits.

It seems to me that Justice is only for the rich.

If you don’t have money Justice will be denied.

If Justice is really color blind, then why are so many Black and Brown brothers doing time?

You lock them up on some homemade facts but that was always your plan of attack.

Langston Hughes once said that justice is a blind goddess to whom we Blacks are wise.

Her bandage covers two festering sores that once perhaps were eyes.

You call it Justice but Langston calls it Jive.

Madame Justice must be really tired.

She’s permitting the cops to do black profiles, they watch us and stop us for no good reason.

It’s about time for Justice to be on our side.

Mr. President, if Justice was really intact, then why did you create the Patriot Act?

Your homeland security is an injustice in disguise but Mr. Bush, unlike Justice, we’re not blind.

We all have eyes. You call it justice but it’s just another word for Jive.

Now Mrs. Bush, Justice had to have been deaf, mute and blind when you helped create No Child Left Behind.

You’re setting children up for a great big fall,

Justice should be on the children’s side.

You call it Justice, but even the children know it’s Jive.

Where was Justice when Katrina went down?

Perhaps she was hiding out with the FEMA director, that incompetent Michael Brown.

They wished that they all had just floated away while they plotted and lied and created an inexcusable delay,

But someone once said that Justice delayed is Justice denied.

You call it Justice, but we can all recognize Jive.

This poem was published in “Just Poetry” by Margaret Block. In “About the Author,” we learn: “Margaret Block was a field secretary for the Student Nonviolent Coordination Committee (SNCC), an organization established in 1960 by civil rights protesters. She helped to organize and plan events in three Mississippi counties and worked alongside influential members of the movement, including Fannie Lou Hamer, Stokely Carmichael and Lawrence Guyot, the founding chair of the Mississippi Freedom Democratic Party.”