On May 28, 2017, I was “special” transferred under a warden-to-warden agreement to DVI’s ASU (Administrative Segregation Unit). This was done in retaliation for alerting the public to the conditions of confinement at FSP, as well as other ASUs. I was not the only person transferred; prisoner R. Delossantos, F-486401, was transferred to Vacaville CMF merely for exercising the 602 (grievance) process.

As of June 19, the hunger strike has been suspended until further notice. It is unfortunate that we as prisoners must use this process in order to shine light on CDCR’s unwillingness to oversee its ASU conditions.

CDCR allowed Folsom State Prison administration to retaliate, isolate and condone the poor conditions in its ASU. Now I’ve been transferred to even more extreme conditions, where there exist roaches, rodents, no drinkable tap water, and sanitary conditions are that of a third world country.

The fight can always continue with the outside support keeping pressure on CDCR’s top officials and administration to change the property matrix for ASU to expand “administrative SHU” to cover long-term confinement, to implement educational opportunities, rehabilitation programs, sanitary conditions, pull-up bars in ALL cages, and force all prisons with ASU prisoners to install outlets for use of electronic appliances such as TVs, radios and typewriters.

The ASUs are now CDCR’s new SHU, without privileges and incentives, under the guise of short-term detention as discipline. This is far from the truth.

This fight affects everyone now housing in an ASU and those who will eventually come into an ASU. It doesn’t matter what group you may run with or circumstances for ASU placement. This is what it is: back to toothpaste in jelly packets, drinking out of milk cartons, clothes all tore up, freezing during the winter.

ASUs are limited to housing, and now that the Coleman case created STRHs (Short Term Restricted Housing), we’re back to square one. So I encourage prisoners and supporters alike with voices louder than mine to look into this, assist me by 602ing conditions in your ASUs. For those going out on mainlines, look into conditions in your facility’s ASU.

The ASUs are now CDCR’s new SHU, without privileges and incentives, under the guise of short-term detention as discipline. This is far from the truth.

I will continue fighting administration, now through the courts, and hope for relief. Any assistance, guidance or moral support from those aware or educated would be sincerely appreciated.

Thank you to all outside supporters who held rallies and lent their voices for change. I will not let your support go to waste.

Day 52: Demand this abuse end now, today, before it’s too late for some of us 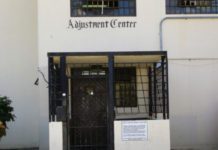