As incarcerated people across the country began a three-week series of protests, a contingent of physicians, health professions students and other allied health professionals expressed their solidarity with the protestors. More than 125 students and healthcare providers signed an open letter endorsing the National Prison Strike, with many participating in local solidarity actions or making phone calls to prisons to show support for the strikers’ demands.

Organized by members of Jailhouse Lawyers Speak, a national collective of incarcerated people fighting for human rights, and supported by the Incarcerated Workers Organizing Committee (IWOC), incarcerated peoples in more than a dozen states organized work strikes, sit-ins, spending boycotts and hunger strikes to commemorate the anniversary of the 1971 Attica Prison Rebellion.

In order to address these disparities, striking prisoners demand:

As a part of their solidarity campaign, medical and public health professionals assert that the American criminal justice system worsens patients’ health and well-being, without accomplishing the ostensible goals of incarceration: rehabilitation and public safety. Their open letter reflects a shift in medical culture towards a broader view of public health in which patients’ well-being includes their civil rights.

For example, some of the strikers’ demands are based in improving individual health such as the need for safe living conditions, an end to the death penalty and greater access to rehabilitation programs. The others are changes essential for a healthy society, like the end of racial disparities in policing and sentencing, the right to vote and increased educational opportunities via Pell grants.

As a part of their solidarity campaign, medical and public health professionals assert that the American criminal justice system worsens patients’ health and well-being, without accomplishing the ostensible goals of incarceration: rehabilitation and public safety.

Because of their low pay, some of the incarcerated workers claim to be modern-day slaves under the 13th Amendment, which prohibits slavery and indentured servitude except as punishment for the conviction of a crime. In individual statements of support for the strikers, physicians have emphasized the violence of prison labor.

“As Americans, we must recognize and snuff out re-inventions and continuations of slavery like today’s system of prison labor. As stewards of health, we have an additional responsibility to make use of our trained lenses and spot structural violences that contribute to physical and mental anguish.”

“Institutionalized racism has always been the life-blood of this country. As a healthcare professional who also benefits from this structural racism, it’s important to not just hold private opinions, but openly practice as an anti-racist. Supporting the National Prison Strike acknowledges the humanity and mistreatment of folks imprisoned.”

“I’ve worked within our local jail system and have witnessed the dehumanizing conditions in which inmates live and work. I stand in solidarity with the strikers as they demand human rights and an end to their slave labor that so many profit from.”

“Healthcare becomes a distant goal if basic human rights are not met. As someone aspiring to be a physician, I understand that my job will not only be to treat people on a superficial level but to also address the existing systems of violence that endanger their health and well-being. The prison system is one of these systems of violence.”

In fact, the inmates at the Attica Correctional Facility rebelled partly as a result of years of medical neglect from the prison doctors. As Heather Ann Thompson notes in “Blood in the Water,” her historical account of the Attica uprising: “These physicians usually required prisoners to describe their problems through a mesh screen and rarely gave them a physical examination. Most men were sent away with an aspirin.”

There were members of the medical community, however, who believed that prisoners had the right to health, with some providing direct patient care during periods of violent repression, such as the Attica uprising. In the wake of the bloody operation to retake the prison facility, a group of physicians and nurses from Lincoln Hospital in New York City rushed to answer the prisoners’ “call for doctors.” Prison administrators, however, rebuffed their offers to treat the wounded inmates and the wounded prisoners suffered in agony from bullet wounds and broken bones alone in their cells.

In order to honor the legacy of radical doctors who have stood with prisoners throughout history, health professionals will continue to stand for the rights of incarcerated people across the country in the 2018 National Prison Strike and beyond.

Sydney H. Russell Leed is a MD/MPH Candidate (2021) at SUNY Upstate Medical University and can be reached at RUSSELSY@upstate.edu. 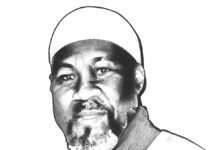