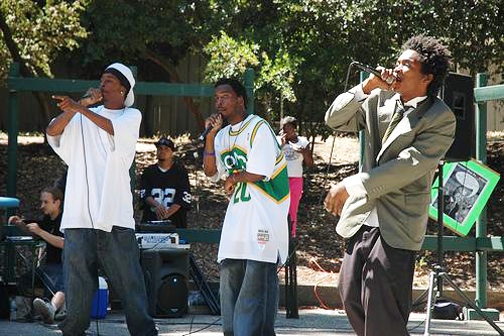 California’s adoption of mandatory minimums, drive for three-strikes laws and participation in the nationwide “War on Drugs” campaign of the 1980s has created a burgeoning prison system fractured along racial, humanitarian and economic lines.

On the other hand, Whites make up 47 percent of California’s population, 29 percent of its prisoners and 25 percent of its third strikers. Lack of jobs and resources, racially unfair sentencing practices, high recidivism rates and wrongful convictions have no doubt contributed to these disparities.

On a humanitarian level, prison overcrowding is so bad in California that there is only space for half its 173,000 prisoners. Medical and health care is so inadequate that one prisoner is estimated to die every six to seven days due to medical negligence or malpractice. As a result, there is now federal pressure for a prison population cap, which California officials are fighting tooth and nail.

Instead, California has its own solution to the prison crisis – Assembly Bill 900.

Building the new beds will supposedly stem overcrowding and focusing on stronger rehab programs to prepare offenders for life outside of prison is, as claimed on the governor’s home page, “a major step forward” that “fundamentally improves our corrections system.”

A green light for big business

Despite its fresh sound, rehabilitation is nothing new to the prison system. In fact, in the 1950s and ‘60s, California was a leader in the development and evaluation of rehabilitation programs, such as the Civil Addict Program and California Rehabilitation Center. This changed, however, in the early ‘70s when politicians initiated “tough on crime” campaigns that secured elections, and the paradigm shifted to a focus on security, control and punishment. This lasted until the late ‘80s, when the pendulum swung back to a focus on re-entry and rehabilitation.

But how seriously will AB 900 address rehabilitation? Of its projected $7.9 billion cost, only $50 million has been allocated to rehabilitation, according to Republican Sen. Tom McClintock. What about the other $7.85 billion?

“It is important to realize that re-entry is much more than a philosophy. It is more than a trend. Actually, re-entry is a very productive way of conducting business in the world of corrections,” wrote the director of the Ohio Department of Rehabilitation and Correction in the April 2007 issue of the trade journal “Corrections Today.”

Consider Geo Group Inc., a self-described “world leader in privatized correctional and detention management.” Geo is the result of a 2003 merger between the Wackenhut Corrections Corp., whose board of directors have long had a revolving door relationship with the FBI, CIA and other national security agencies, and Group 4 Falck, a Danish global security company with subsidiaries in more than 80 countries. Group 4 Falck bought Wackenhut for $570 million.

Geo has six correctional facilities in California housing approximately 5,000 prisoners, many of them parole violators and short-term offenders. Their latest project? Expanding a facility in Louisiana to hold up to 1,160 immigration detainees. They also operate a “Migrant Operations Center” in Guantanamo Bay. Market analysts predict that the Geo Group will see a 16 percent average growth per year over the next five years. Prison overcrowding is apparently in good hands.

California spends approximately $36,000 annually per prisoner while spending only $7,000 to $10,000 annually for each K-12 student. The priorities are clear, and the kind of society those priorities are creating is alarming. Proving true to its “bigger is better” philosophy, America is now the world’s leading jailer. At the same time, however, it is becoming ever more dependent on foreign brainpower to drive its high-level research at universities nationwide. The danger of this to American interests should be obvious.

When it comes to seeing what life is like inside California’s overcrowded, understaffed and medically inadequate prisons, the governor is far less willing to acquiesce. At the end of July, Gov. Schwarzenegger vetoed not for the first, but for the fifth time, legislation that would have made it easier for reporters to interview prisoners.

Senate Bill 304 would have allowed reporters to interview prisoners face to face, using “materials and equipment necessary to conduct the interview,” such as “pens, pencils, papers and audio and video recording devices.” The governor’s veto carries on a California tradition that began in 1971, when the state began limiting prison interviews.

Fortunately, some avenues for communication are still open. Old-fashioned, hand-written letters remain one of the best ways to get in touch with prisoners. According to Title 15 of the California Code of Regulations, “Writing paper, envelopes and the minimum postage required for first class domestic mail for up to five one-ounce letters per week shall be supplied to an indigent inmate.” Let us hope that this regulation never falls victim to the legislative axe.

In June, the Bay View received a letter from Mujaahid F. Haaris raising concerns about AB 900. I wrote back to ask more specific questions, and his letters are what makes the rest of this story possible.

Haaris is incarcerated in a Level Four cell in Calipatria State Prison, located about 100 miles east of San Diego. Of the 4,200 prisoners there, 3,800 are housed in Level Four cells, which are operating at a 55 percent overcapacity. Level Four is considered maximum security and is supposed to be reserved for either the most dangerous criminals or those in need of protection from other inmates.

“AB 900 specifically focuses on people who are to be released in a few months,” wrote Haaris. “That doesn’t sound like there will be any beneficial changes in the heart of the prison system.”

Indeed. By diverting more attention and resources to the soon-to-be-released, those deeper inside undergo a different kind of rehabilitation: neglect and abandonment.

Consider jobs, for example. “There are no work incentive programs for lifers or prisoners with a lot of time,” wrote Haaris. “We remain in the Level Fours twice as long as those who work. Job positions are being deleted, so for those who are unable to transfer to a lower level prison, there are no incentives to work because nothing is available.” Even when jobs do become available, their wages are appallingly low, like something out of a remote third-world country. (See sidebar, “California prison wages.”)

And what about job training programs? “Although you are placed on the wait list, if you have a life sentence or decades of years to do, you move backwards on the list instead of forward,” wrote Haaris. “Those who don’t have life or a lot of time get placed on the list above you, which means people have been waiting for a long time – in my case, five years – to make use of any kind of work or training programs.”

What of other rehabilitation programs? “There is a limited educational program and a so-called trade program that teaches 10-year outdated practices,” wrote Haaris. The standard substance abuse programs, Alcoholics and Narcotics Anonymous, are available, but with a waiting list. “There’s some kind of certificate or documentation for completing the program, which of course means money in the state’s pocket.”

Of all the rehabilitation options available, contact with family is the most important re-entry tool of all. “When family members are unable to travel due to medical conditions, you’re housed at a prison near them,” wrote Haaris. “But the prisons are no longer honoring hardships. Wherever you’re sent, you remain there until your level of security drops, you transfer due to medical or mental reasons or get an adverse transfer due to behavior problems.”

Aside from the programs themselves, the living conditions of inmates are set to undergo changes that set the stage for the inevitable outbreak of violence. “As of now, you are able to feel secure with the practice that you’ll be placed in the cell with someone of your ethnicity and affiliation,” wrote Haaris. “This policy was about ensuring compatibility, which fulfilled the state’s obligation to provide security for all persons.”

But that is expected to change. In Johnson vs. California (2005), the Supreme Court ruled that racially segregating inmates is unconstitutional, despite objections from Justice Clarence Thomas and the California Department of Corrections, who maintained that the policy helped prevent racially motivated violence.

Tensions within the cells will undoubtedly rise, and violence will be the likely result. That violence, in turn, will be used “to portray us as incorrigible and give more reason for increased funds for security purposes and more restrictions concerning our rights,” wrote Haaris.

This is the kind of rehabilitation that takes place deep inside California’s prisons, which gives rise to Haaris’s analogy: “Applying a band-aid or cosmetics to a cancer will never work. It will only increase its rate of growth. By the time people realize that the source of the problem was never addressed, the failed system will have given birth to chaos on the Level Fours.”

‘Build it and they will come …’

Haaris has a more realistic view of the kind of rehabilitation that is needed and of the consequences for not carrying it out: “Unless there’s something that addresses sentencing practices, weak work incentive programs, lack of facilitating family support, better education programs and rehabilitation programs that can address each individual, as these new beds open up, you’ll see an increase in the state’s prison population just as fast as the beds are filled.”

Looking at the history, two things become clear. The first is that privatization will continue to play an ever-increasing role in the prison industry. This is, after all, another example of the free market working its magic.

The second is that the paradigm of incarceration has shifted every two decades or so, between one of rehabilitation and one of lockdown punishment. Judging by this, the pendulum is due for another swing back before long. But as it swings away from rehabilitation, what will it swing towards? The privatization of lockdown-style incarceration? If AB 900 fails, it may contribute to making such a system a reality. 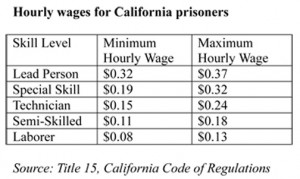