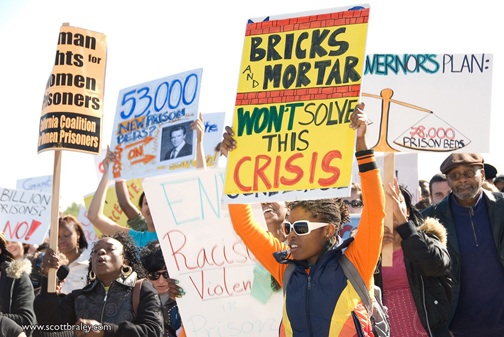 Hidden among the almond groves outside of Chowchilla, California, lies the largest women’s prison complex in the world, Central California Women’s Facility (CCWF) and Valley State Prison for Women (VSPW), where an estimated 11,000 women are held behind bars. “Conditions are horrible,” said Mary Van Der Horst, a member of All of Us or None, a group of former prisoners organizing for civil and human rights. Van Der Horst said that there is not enough food and hygiene is poor at the two facilities.

In addition, it is the women of CCWF and VSPW who harvest all those almonds, at wages ranging from $.33 to $.68 per hour. They also make U.S., California and California Highway Patrol flags. “People [on the outside] don’t know because they don’t give a f#%*,” Van Der Horst said.

But there are some who do. On Saturday, Oct. 20, the Coalition for Accountable Healthcare organized a group of around 200 people who converged on the Chowchilla women’s prisons to demand the return of their families and to reclaim $15 billion for community health and safety. Protestors assembled at the gates of CCWF. The march was led by Loco Bloco, a drum and dance ensemble based in San Francisco.

At one point during the march, the almond groves opened up and you could actually see women on the CCWF yard. They heard Loco Bloco’s powerful drumming, and some of them waved their hands high in recognition. This gave the crowd even more momentum as it made its way to VSPW, about half a mile down the road from CCWF.

At the gates of VSPW, protestors staged a mock awards ceremony presenting awards to state leaders who have the power to change the current prison crisis.

“The first award is a community service award for repealing AB 900, canceling 53,000 new prison beds and giving $15 billion back to community services and education, presented to our governor, Arnold Schwarzenegger,” said a member of Critical Resistance. The crowd booed at the sound of the governor’s name. 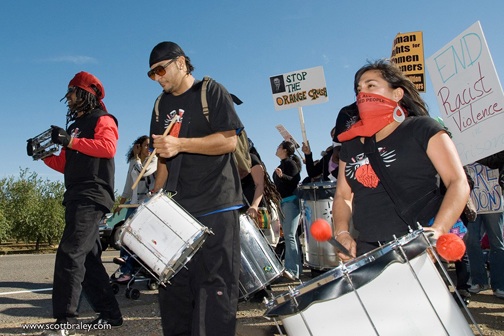 The second and third mock awards went to the wardens of CCWF and VSPW for stopping the use of Orange Crush, a new oil-based pepper spray that causes extreme irritation to the lungs, eyes, nose and skin of whoever comes in contact with it. To add insult to injury, those who are sprayed are charged $50 per can.

Members from other groups spoke out for change in California’s prison system.

“We came out to the rally today because we want to stop prison expansion, we want better health care and we want our elderly to get the support they need. We also want people inside to know that they do have people outside who love them and that we’re marching for them to come home. For those who can’t, hopefully one day we can work as a collective party and get them pardoned if necessary,” said Marilyn Austin-Smith of All of Us or None. 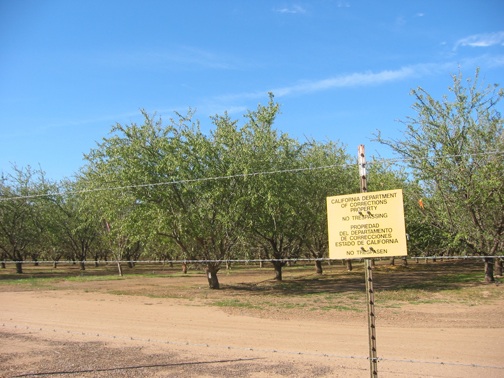 The demonstration took place during Domestic Violence Awareness Month to highlight the fact that the vast majority of women in prison are survivors of domestic violence and to call for their release. “You could call our prisons the largest battered women’s shelters in our state – except that prison is not a place where survivors find safety or get support in their healing,” said Andrea Bible of Free Battered Women.

All of Us or None organizer Hamdiya Cooks said, “Communities of color have been terrorized by prisons and victimized by the state’s refusal to invest money into making our communities truly healthy. Investing in prisons is not the answer. Food, housing, jobs and education truly makes our communities healthy and safe.”