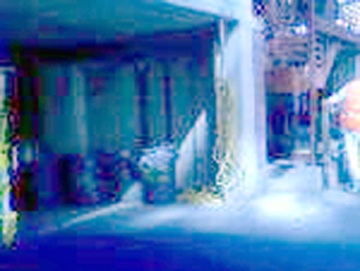 The disturbing trend of the public display of nooses that has gained momentum since the events in Jena, Louisiana, continues. The latest incident occurred on Tuesday, Nov. 5, at a worksite in San Jose, California.

Wedrell James, a Black community leader and lifelong resident of San Francisco’s Bayview Hunters Point, returned to his jobsite from a lunch break, only to find a noose made from 2-inch-thick rope hanging from the entrance to the parking garage of the building under construction.

“I was pretty disturbed and I started making phone calls,” said James. “I called my wife and she suggested that I call the police to document this.” Shortly thereafter, three police officers arrived on the scene.

One officer asked James how he knew the noose was intended for him. “I told her I drive through that driveway, and I leave about 11 o’clock every other day or so,” said James. “I came back around 11:30. It wasn’t there when I went out and when I came back in, it was there, and I just had the feeling I knew it was for me. I couldn’t imagine it being for anybody else.”

James is an operating engineer who is running work for the Evans Brothers company. He and his two-man crew have been working for the past three weeks at the Axis project, a 22-story, 330-unit condominium complex being built by San Mateo-based prime contractor Webcor Builders. Webcor is a major builder throughout California whose clients include Home Depot, Oracle and Boeing. James is one of very few Blacks working at the jobsite – the others in areas far removed from his. 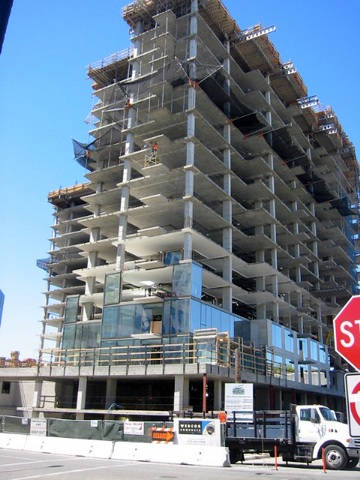 “This has never occurred at Webcor before,” said Webcor Senior Vice President Glenn Gabel. “We are notifying all employees onsite that we have zero tolerance for such activity and we will cooperate with the police in their investigation.” A memo about the incident went out Monday afternoon to all of Webcor’s employees and subcontractors and was discussed at Tuesday morning’s jobsite meeting.

The only problem is, there may not be much of an investigation. Instead of documenting the evidence of this apparent hate crime, one police officer proceeded to make it disappear. “He took the noose down, took it apart and dropped it on the ground. He was gone two minutes after that,” said James. Nor did the police take any pictures. “It seems like a police officer should come to a 911 call and document whatever proof there was the situation occurred.”

That same officer who took down the noose seemed to have trouble understanding why it bothered James so much. “He came over and asked me, ‘Why did that offend you?’ And I told him, ‘If you have to ask me why that offended me, there’s nothing I can tell you that would prove to you that I’m offended by it,’” said James.

The project superintendent, who later spoke with James, also seemed to have trouble making the connection. “How do you know somebody wasn’t playing a prank or something?” asked the superintendent. “That’s nothing to play with,” replied James. “That was a sick, demented, cowardly individual that could have wound up getting hurt real bad.”

James has had a book for over 20 years about the history of lynchings in America, but hasn’t been able to get past the first couple of pages. He grew up on stories of the tiny, isolated town of Colfax, Louisiana, 17 miles from Jena, where some members of his family refused to tolerate an atrocity committed by the local sheriff and rose up. Eleven family members were killed – lynched – in the rebellion, and several others had to change their names and move away.

Nothing, however, could compare with finding a noose that appeared to target him personally. “I never had a clue about the emotional turmoil this would cause or how all those people felt with nooses around their neck. It was a hate crime, an act of terror,” said James.

James was worried that reporting the incident might have put his job at risk. But in a positive turn of events, James’s employer at Evans Brothers contacted him Wednesday morning and told him he has his full support. “It was such a positive response from my employer, which I was really worried about. It was a total surprise to me,” said James.

As noose incidents have been on the rise, efforts to raise awareness of their meaning have started to pick up as well. CNN, for example, has recently released a program documenting the noose’s violent history in America. Such efforts are necessary to help eliminate the possibility that hanging a noose could ever be equated with a prank. That it has been is evidence that history has been whitewashed.