Why was that “since Reconstruction” qualifier so frequently attached to modern African-American accomplishments? Simply because Blacks had briefly made significant inroads after the Civil War, only to have everything taken away in the wake of the rise of the Ku Klux Klan. For between the late 1860s and the 1920s, Black people were subjected to a form of ethnic cleansing that Hitler would later use as a precursor for the Holocaust.

The reign of terror which transpired partially helps explain the geographical demographic pattern that left Black people packed into the country’s urban centers. The heartbreaking documentary “Banished: How Whites Drove Blacks out of Town in America” blows the sheets, pardon the expression, off this long-hidden aspect of U.S. history.

The picture was directed by Marco Williams, an intrepid researcher who has crisscrossed the South and Midwest, often putting himself in harm’s way, to ask the tough questions and to unearth proof of a widespread pattern of purging Blacks from rural communities which persists to this day. Typically, the evictions began with a lynching, followed by a threat being leveled against every remaining African-American in the county at gunpoint. They were forced to flee before sunrise with little more than the clothes on their backs, often abandoning the homes, businesses and farms they owned.

Told never to set foot on their own property again, unless they also wanted to be lynched, these refugees left, feeling lucky just to be alive. The expulsions were invariably followed by the adoption of a whites-only residential policy, and in the movie Marco accompanies some still frightened descendants of the disenfranchised back to visit their ancestors’ estates.

We see that many of these counties remain lily-white, such as Forsyth County, Georgia. There, Williams interviews Phil Bettis, an unsympathetic attorney who admits to helping Caucasians take legal title to the lands once owned by Black citizens. “They slept on their rights,” he rationalizes, blaming the victims. Ironically, this same man is the head of the local “Biracial Committee,” which is looking into whether the relatives of the banished Blacks ought to be eligible for any reparations. I wouldn’t hold my breath.

They say the South has changed, but you wouldn’t know it from this jaw-dropping shocker you have to see to believe.

Lloyd Kam Williams is a film and book critic, and an attorney and a member of the New Jersey, New York, Connecticut, Pennsylvania, Massachusetts and U.S. Supreme Court bars. He can be reached at kam_williams@hotmail.com. 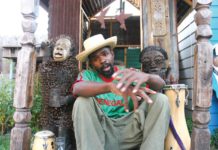 ‘Banished’: How West Oakland and Hunters Point are fighting that fate 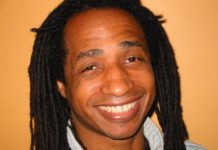 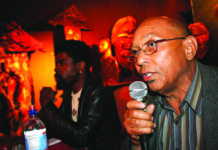