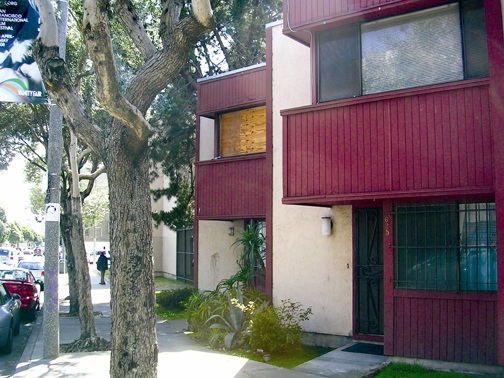 As the struggle to defend Black-owned land in San Francisco has hit a fevered pitch in Bayview Hunters Point through the work of resident activists, popular support for Proposition F – the “Truly Affordable Housing Initiative” – and the Stop Lennar Action Movement, shareholding residents of Freedom West Homes are bracing for a similar fight in one of the last vestiges of affordable housing in the Fillmore/Western Addition. This article honors their requests for anonymity.

In 1973 the city of San Francisco issued a bond for the construction of Freedom West, a four-block, 382-unit co-operative housing complex in the Fillmore district. Under the agreement, residents were to become owners of the property by paying the bond back to the city over a 40-year period; however, as the expiration date approaches, city officials, HUD and Bethel Housing Corp. are refusing to publicly disclose the balance of the bond or to notify current residents of the consequences they could face if it isn’t paid. Exacerbating this issue is HUD and Bethel Housing’s refusal to respond to general repair requests, an unwillingness to fill vacancies in a timely manner and a pattern of denying the transfer of deeds from shareholders to next of kin.

With only five years left to repay the bond, second-generation Black and Latino residents are scrambling to repair their homes and demanding that property managers move more quickly to fill existing vacancies to help to ameliorate the high cost of repaying the debt. One resident spent hundreds of dollars to fight a lawsuit Bethel Housing filed against her for removing the 35-year-old corroded tile in her bathroom, as she and many others have had to pay out of pocket for repairs to make their homes livable. Another house, destroyed by fire from an electrical short-circuit in 2006, has yet to be inspected, rebuilt and re-opened even though the waiting list grows by the day.

Through a consistent neglect to inform people of their rights as shareholders, HUD and Bethel Housing have managed to create loopholes that have helped them avoid professional commitments to residents while focusing on the facilitation of evictions instead. Descendants of shareholders have faced various legal obstacles when attempting to gain ownership rights once their parents have moved or passed away, as management has repeatedly invalidated deed transfers and stalled in fulfilling basic maintenance obligations that would keep the units updated to building codes.

A man named Marco Sanchez was evicted even though his mother signed the house over to him in her will, as the agreement instructed her to do. When she died, HUD and Bethel Housing moved in to reclaim the deed; although the house was grandfathered into her will, the manager told her son he couldn’t inherit ownership and would have to reapply. Because management had dragged its feet for so long on other matters – specifically on making necessary health and safety repairs to the property – he waved his right to file an appeal and decided to move on.

Freedom West is but one housing complex in the mayor’s shark-infested sea of market rate, “private-public partnerships” that continue to push young Black and Latino families and elderly people out of San Francisco and into distant East Bay suburbs and beyond, while young white professionals – with business and policing strategies that cater to them – drastically disrupt the balance of class, ethnicity, culture and activism the city is revered for.

“This block used to be full of people,” said one resident. “Really, there were kids everywhere!” When his family moved into Freedom West, in 1973, the down payment was $1,000. Today, prospective shareholders have to put $15,000 down to even be considered. “You tell me how many people have that much money sitting around or can get a loan that size. So it hasn’t helped our cause that the cost of opting-in has multiplied 15 times, and it’s quite clear that we’re spending money for something the city plans to just give away.”

Residents believe, for good reason, that the San Francisco Redevelopment Agency is not about to reverse the path of privatization it’s on by granting an extension of the bond if it’s not fulfilled. Instead, it is more likely that property management corporations throughout the city are simply allowing public and subsidized housing problems to fester so that corrupt officials will have a future excuse to wash their hands of the poor while they usher in a new frontier for cheap, out of state developers.

It’s what they did on a massive scale to the Fillmore in the ‘60s and what they’re trying to do to Bayview Hunters Point today. “Affordable housing has always been endangered,” an elderly resident who wanted to be called Pati reminds us. “The city might even want us to believe that it is a thing of the past, but we have to realize we’re the next generation in charge of keeping our communities together.”

J. Heyward, a human rights advocate with CISPES (Committee in Solidarity with the People of El Salvador), can be reached at tortakin@gmail.com.