In Part 2 of this three-part interview, POCC Chairman Fred Hampton Jr. and Minister of Culture Mutulu Olugbala, aka M1, of the political rap group Dead Prez continue discussing the acquittal of three NYPD in the execution of the 23-year-old unarmed Black man, Sean Bell. The police murdering Black people is not a phenomenon unique to New York. In the last couple of years Michael Walker and Sharron Grant were murdered by Chicago police, Raymond Smoot by Baltimore pigs, Gus Rugley by San Francisco pigs, 71-year-old Casper Banjo and 20-year-old Gary King by Oakland pigs, 52-year-old Anita Gaye by Berkeley pigs and 23-year-old Deondre Brunston by Compton pigs, and this is just a small drop in the bucket of police executions in Black communities around the nation and the world.

MOI JR: How does this tie in with the recent verdict that was rendered to political prisoner Mumia Abu Jamal? Can y’all address that?

Ch. Fred: A lot of times, different representatives of the ruling class and people who aspire to be part of the ruling class, or just the politically incorrect, will put up a facade that the people could seek justice in these kangaroo courts or through the electoral political system. As we state very clearly, we are able to recognize that at different stages in the game, we could recognize these tools to merely expose contradictions and heighten the level of consciousness of the people to move to another stage in development and to move forward with the total liberation of our people.

But the decisions rendered recently in response to the case of brother Mumia Abu Jamal, this case and so many other cases, is a slap in the face to the arguments that people put forward: “Well, maybe you didn’t have a good lawyer,” “Maybe they didn’t know all of the facts.”

These criminals are very intelligent; they know what they are doing. It is a slap in the face to people who continue to get us into what we refer to as this gerbil race – constantly getting on the treadmill, trying to keep this system in place, and continuing to hold up the façade. As Malcolm X stated, “Amerikkka’s democracy is a hypocrisy,” you dig?

Any decision that ever worked in the interest of the people, any concessions that capitalism has rendered to the people, if you trace the roots of it, it’s due to the resistance out there on the streets, you dig? And we have to be clear on that. And we have to take the position that Frantz Fanon articulated, that we will accept their concessions, and never compromise our principles, with our principles being the total independence of our people. Don’t get caught up in this gerbil race and believe that maybe they didn’t know this, or even as what we refer to as the sidetracking of the slave.

It has been continuous talk about how the judge and the prosecutors talked to some of the witnesses that came in to lay out what really went down with the execution of Brotha Sean Bell, putting them on trial: “You know they had old parking tickets” or “Were they gang affiliated?” These are some of the sidetracking of the slave tactics that this government has historically used on us.

In the beating of Rodney King, they will have you asking questions of whether he was speeding or not. We have to take an arrogant position, similar to when I was held captive. We said, “Free Fred Hampton Jr.!” with an exclamation point. No question marks, no commas, no nothing.

We say that we’re the OVs of terrorism, the original victims of terrorism. We got to be arrogant about addressing this terrorism and be very clear on who the criminal is and who the victims are. We are the victims of this continuous terrorism. Do not let them get us sidetracked with “Did you go to school this week? “ or “Are you married?” or “Did you pay this bill?” so on and so forth. The state is the criminal, and those who work in the interest of the state are the criminals. We have to hold them accountable.

MOI JR: How do you see it in terms of this legal system? In Gary King’s case right here in Oakland, some of the people in the community seem to think that the law will solve these problems, and I think that in Sean Bell’s case it is very clear. Also I want you guys to address that two of these pigs were of color. How do you see that?

M1: We can try to make it like the Obama thing and play the race card if we want, but I think that we have to be clear even more than anything that it is about what side you are on. You know it’s the side of the people or the side of the oppressor, and they’re white. White people have the ability to make a decision to unite with Black power, and Black people have the ability to unite with white power. And once you put on that uniform, just like once you sit in that seat, or whatever place that they select you to, I think it’s about you choosing exactly what side you sit on.

I don’t want the people to be confused on a certain kind of race nationalism politic. And that’s cool, I think that a lot of people can sum it up that way, and it should be. I think that race is a question when it comes down ultimately to the oppression of our people, because that’s going to determine how we turn the thang right side up.

On a serious level, it is because of the work that Black people have done in this country that has made this country such a powerful place. When we talk about the law and the future and how all of that is going to happen, we have to tie this thing here locally, the Sean Bell case, to everything that is happening nationally and worldwide.

I think that we have to talk about the squeeze for the resources. We got to talk about the justification for white power and white nationalism to run rampant around the world. In all parts and every corner of the globe, you see this particular kind of policy happening as it relates to our people. That is the law. That’s the unwritten law. That’s the law that has been laid down in Iraq and all throughout the whole world – in Kazakhstan, where I just came back from, and Amsterdam, where they try to make it seem like this class piece over this white nationalism, this imperialism.

And it is a class piece going down like that in New York, as they continue to create policy coming down from D.C. all through the boroughs and to the rest of the world. It’s linked. It’s linked inextricably to our whole aim at getting power in the hands of poor and oppressed people everywhere we live, specifically in the hands of Sean Bell and his family and anybody who feels like they are ready to seek justice, you know what I mean? 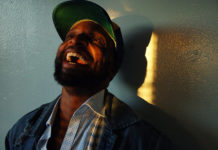