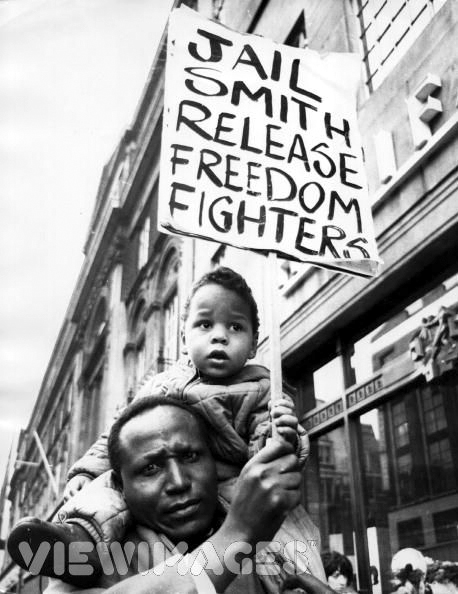 Forty years ago, on July 3, 1968, I celebrated my 20th birthday in Rhodesia, now known as Zimbabwe. Five fellow students and I and a professor at Baker University spent six weeks in the southern African country during a summer study program. I was the only Black person in the group.

Baker is a small liberal arts college in Kansas affiliated with the United Methodist Church, and in Rhodesia, I lived on a church mission, Old Umtali, today known as Old Mutare. It seemed appropriate that as the daughter of a United Methodist minister (my father, the Rev. J. Otis Erwin, died in 2003) I lived at Old Umtali with a young white United Methodist missionary, Shirley Culver. Born in Rhodesia to American missionaries, Shirley had returned to her native country after graduating from college in the United States. She was engaged to another missionary, Ted DeWolf. Today, the Rev. Shirley DeWolf continues to live in Old Mutare.

Back then, I knew almost nothing about Africa and assumed that African Blacks ruled their countries. After arriving in Rhodesia, I learned that the country was colonized by Great Britain in the late 19th century and that the white Rhodesian Front Party led by Ian Smith had illegally declared independence from Britain in 1965. (Smith died in South Africa in 2007 at age 88.) By 1968, the Black majority in Rhodesia had been completely stripped of their economic, political and social rights. Rhodesia reminded me of Mississippi in the 1950s. 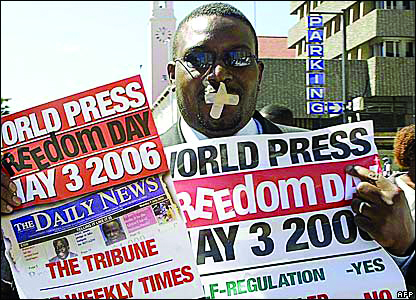 I was a journalism major at Baker University and was excited that my assignment at Old Umtali was to work for a Black newspaper, The Umbowo (The Witness). Articles in the newspaper were censored that were critical of the Smith regime, which the U.S. government supported despite economic sanctions imposed by the United Nations against Rhodesia.

When I arrived in Rhodesia, 1968 had already been a momentous year in the United States. U.S. setbacks in Vietnam had led Lyndon Johnson to announce his withdrawal from the 1968 presidential campaign. Days later, on April 4, Dr. Martin Luther King Jr. was assassinated, and Sen. Robert F. Kennedy was assassinated on June 5, shortly before the Baker group left for Rhodesia. Meanwhile, Black Power activists in the United States, led by young Blacks like me, were urging Black Americans to be proud of our African heritage. I felt lucky to be in Africa.

It was also a momentous time in Rhodesia. Fighting had recently erupted between government forces and armed Black freedom fighters near Rhodesia’s border with Mozambique. Old Umtali was near the border. Once I drove with Shirley and Ted to Mozambique to buy gas, which was cheaper there than in Rhodesia because of U.N. sanctions. I remember being afraid because we drove in an area where there was warfare.

Black people at Old Umtali were surprised to learn that I had come from America. Before engaging me in conversation, they assumed that I was a local and greeted me in Shona, their language. I only knew the Shona words for “good morning” and “good afternoon.” After that, I had to speak English, which, fortunately, many Blacks there also spoke. Most of the Black people at Old Umtali had never met a Black American. They were very friendly and treated me like a member of the community.

They were also full of questions. Some people told me they didn’t understand why there were so many Black protests in America. After all, they said, weren’t most Blacks in the United States rich? When I asked what had led them to this conclusion, some people said they had read about wealthy Blacks in U.S. magazines and newspapers. I explained that many Blacks in America lived in poverty.

That summer long ago in Rhodesia, I had my first experience of what it means to be an African in the Diaspora. I returned home more determined than ever to join the Black Power Movement. After graduating from Baker University in May 1970 and earning a master’s degree, I joined the Black Panther Party and moved to Oakland, Calif., where at party headquarters I worked on the BPP newspaper, The Black Panther Intercommunal News Service.

As a reporter and later editor of the BPP newspaper, I wrote many articles about the armed Black liberation struggle led by the Zimbabwe African Peoples Union and the Zimbabwe African National Union to regain control of their homeland. I also wrote about U.S. mercenary soldiers who fought with white Rhodesian soldiers to defeat the Black freedom fighters.

In 1983, three years after Black majority rule and 15 years after my summer in Rhodesia, I visited the new country of Zimbabwe. During a study trip sponsored by a non-profit organization where I worked, I talked with Black rural activists who were impatient for land reform. I visited a women’s organization, some of whose members complained that they had yet to attain equal status with men after having fought alongside them in the armed struggle. I also heard rumors about government corruption. Despite the new government’s problems, Black Zimbabweans were in control of their country.

As I reflect on my experiences in Rhodesia 40 years ago, Zimbabwe faces international condemnation for the violence surrounding the country’s recent controversial elections. The country undeniably faces difficult economic, social and political problems. The ZANU-Patriotic Front government led by President Robert Mugabe has failed to deliver on many of the promises it made when it assumed power in 1980 and bears much of the responsibility for the current crisis.

However, this crisis is irrevocably tied to the legacy of the nearly 100 years of white colonial rule that preceded Black majority rule – a fact that most mainstream U.S. news organizations rarely report about in depth. Consequently, I sometimes doubt the truth of the news I hear about Zimbabwe.

© 2008 by JoNina M. Abron. JoNina M. Abron, a journalist and veteran Black activist, is associate professor emerita of communications at Western Michigan University and former managing editor of Black Scholar magazine. A news correspondent at the 2001 U.N. World Conference Against Racism in Durban, South Africa, Abron was also a delegate at the conference’s meeting of non-governmental organizations. She lives in Nashville, Tenn., and can be reached at jonina1.1@juno.com.