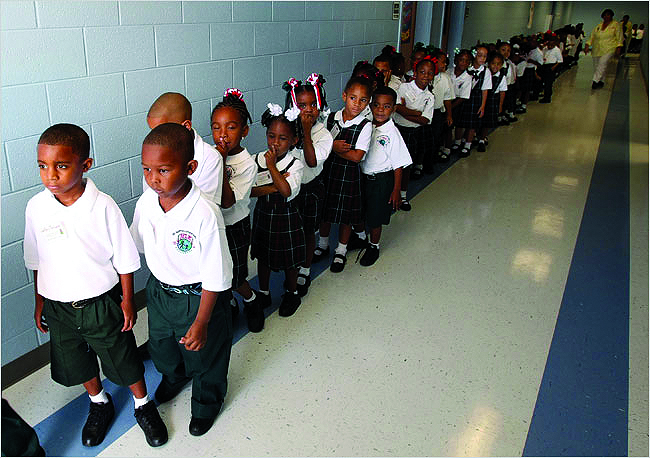 0. Number of apartments currently being built to replace the 963 public housing apartments formerly occupied and now demolished at the St. Bernard Housing Development.

.8. Percentage of the rental homes that were supposed to be repaired and occupied by August 2008 which were actually completed and occupied – a total of 82 finished out of 10,000 projected.

1. Rank of New Orleans among U.S. cities in percentage of housing vacant or ruined.

4. Number of the 13 City of New Orleans Planning Districts that are at the same risk of flooding as they were before Katrina.

10. Number of apartments being rehabbed so far to replace the 896 apartments formerly occupied and now demolished at the Lafitte Housing Development.

11. Percent of families who have returned to live in Lower 9th Ward.

17. Percent increase in wages in the hotel and food industry since before Katrina.

20-25. Years that experts estimate it will take to rebuild the City of New Orleans at current pace.

25. Percent fewer hospitals in metro New Orleans than before Katrina.

32. Percentage of the city’s neighborhoods that have fewer than half as many households as they did before Katrina.

36. Percent fewer tons of cargo that move through Port of New Orleans since Katrina.

41. Number of publicly funded privately run public charter schools in New Orleans out of total of 79 public schools in the city.

43. Percentage of child care available in New Orleans compared to before Katrina.

46. Percent increase in rents in New Orleans since Katrina.

81. Percentage of homeowners in New Orleans who received insufficient funds to cover the complete costs to repair their homes.

12,000. Number of homeless in New Orleans even after camps of people living under the bridge has been resettled – double the pre-Katrina number.

32,000. Number of children who have not returned to public school in New Orleans, leaving the public school population less than half what is was pre-Katrina.

39,000. Number of Louisiana homeowners who have applied for federal assistance in repair and rebuilding who have still not received any money.

214,000. Fewer people in New Orleans than before Katrina, according to the U.S. Census Bureau current population estimate of 239,000 in New Orleans.

453,726. Population of New Orleans before Katrina.

320 million. The number of trees destroyed in Louisiana and Mississippi by Katrina.

368 million. Dollar losses of five major metro New Orleans hospitals from Katrina through 2007. In 2008, these hospitals expect another $103 million in losses.

1.9 billion. FEMA dollars scheduled to be available to metro New Orleans for Katrina damages that have not yet been delivered.

2.6 billion. FEMA dollars scheduled to be available to state of Louisiana for Katrina damages that have not yet been delivered.

Bill Quigley is a human rights lawyer, a law professor at Loyola University New Orleans and author of the forthcoming book, “Storms Still Raging: Katrina, New Orleans and Social Justice.” A version with all sources included is available. Bill’s email is quigley77@gmail.com. For more information, see the Greater New Orleans Community Data Center at www.gnocdc.org and Policy Link at www.policylink.org.