Who’s on welfare now? For years, the rich have condemned and criminalized women of color who survive dire poverty with a little cash assistance from the government. But now, big business wants to cut into the welfare line.

In the last two weeks, multi-billion dollar banks, investment houses, and the largest company in the history of the world have collapsed into financial crisis. The very architects for our current recession and the source of our affordable housing crisis are falling victim to the very systems they created. Instead of facing due process or criminal conviction for the pain, havoc and loss they inflicted on hundreds of thousands of Americans, they are getting paid, big.

That’s $700 billion, so far. We are paying $2,000 each (man, woman and child) to the very corporate entities that set the trend to cut school budgets, raise our property taxes, eliminate our jobs and foreclose on our homes. With the failure of major financial institutions Bear Stearns, Merrill Lynch, Lehman Brothers and AIG, the national and international economies were facing meltdown. But in the final hour, government stepped in.

What is happening in the hallowed halls of finance and government is an abrupt about-face. For decades, there has been blind faith in the unrestricted market. The assumption is that, if left alone, the market is fair, unbiased and can regulate itself. But here we are in the middle of a massive meltdown that demonstrates just how inaccurate that is.

The sub-prime mortgage crisis is an amazing example of the corruption of the unregulated market. Big banks and venture capitalists made billions of dollars selling bad mortgages to people who could not afford them. After these mortgages were created, these lenders made more money bundling these bad loans together and selling them to investors all over the world. This means billions of dollars were made and thousands of stocks traded based on loans that everyone knew were destined to fail.

And fail they did. Miami went from being the biggest housing market in the nation to the city with the country’s highest foreclosure rate.

The sub-prime loan debacle is causing the largest loss of wealth among people of color, ever. Estimates are between $164 and $213 billion. This comes on the heels of decades of destruction of public housing and gutting housing programs that are the last resort for urban poor – housing programs that were often made poor as private corporations sought to increase profits by cutting wages or moving production overseas where labor laws are weak.

Free markets and competition are often cited by those in government who oppose universal health care. Although universal health care would save the government billions of dollars annually by covering the uninsured, we are told that the free market must prevail in order to get us the best. But anyone who has health insurance and has tried to use it knows how difficult it actually is to get any care out of private insurance agencies.

Now that deregulation has led to massive potential criminal activity among lenders and a collapse of banks that benefited at the expense of our neighbors, the same government opposed to public programs is bailing out not only the U.S.-based financial institutions but also foreign ones.

Let’s call this bail out what it is. Welfare. That’s right. After years of being told welfare is bad and decades of attacks on programs that are desperately needed, not just among the poor, but increasingly among the middle class, big business is jumping the line and getting its government check.

As government gets ready to sign a big fat check to the financial entities, it is clear that a free market is not the answer to all that troubles us. Some of the largest proponents of free market ideology are being forced to eat crow. A big space has opened up for us to demand more from a government that should be forced to give up hope on the free market.

During the Great Depression, mass public outrage in the form of protests, mobilizations and direct action at the welfare office led to huge shifts in government policy. Eventually, the federal government had to respond to the will of the people, the needs for the people, and create the New Deal, a matrix of programs that led to work, housing and social welfare.

The principles of the free market, growth and profit at all costs are running into the very real contradiction of human survival based on basic needs such as housing, food and energy. We have an opportunity to push a people-centered agenda that puts the needs of the people ahead of unfettered profit for the very few.

Sushma Sheth is the director of programs for the Miami Workers Center, an organization that develops strategies with grassroots organizations in an effort to end poverty. Email her at Sushma@TheWorkersCenter.org. This story appeared in the South Florida Times of Miami at www.sfltimes.com/index2.php?option=com_content&task=view&id=1962&pop=1&page=0&Itemid=188. 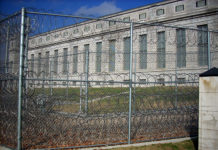 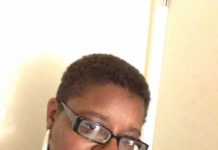 Part One: She was homeless, so cops and Child Protective Services took her kids, then imprisoned them on toxic Treasure Island 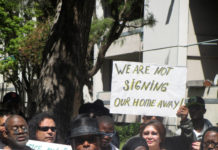 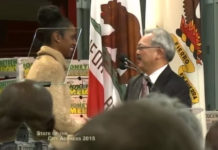