by Mary Ratcliff, editor of the San Francisco Bay View 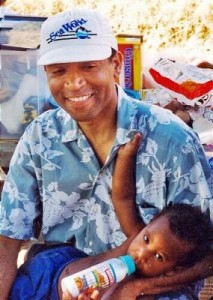 Everything about Chauncey Bailey’s life and work spoke of his devotion to the Black community. Yet the Chauncey Bailey Project, modeled after an earlier project to complete the investigation that had led to the murder of a journalist in Arizona, appears to have veered far off the course that Chauncey was taking.

“Barack Obama and Chauncey Bailey,” a Dave Newhouse column published in the Oakland Tribune Thursday, Nov. 6, cites a central theme for Chauncey and the Black community. Newhouse quotes Oakland Post Publisher Paul Cobb describing Chauncey’s exclusive interview with now President-elect Obama in early 2007: In his first question, Chauncey asked Obama “what would he do about ex-offenders and jobs?”

Ex-offenders and jobs are critical community concerns because of the rampant racism that locks Blacks in prison and out of the economy. The Oakland organization best known for giving jobs to ex-offenders was Your Black Muslim Bakery.

For that reason, Chauncey Bailey, while he may have been looking into the bakery’s finances, was unlikely to have been out to destroy the bakery. But due to the investigations by the police and the Chauncey Bailey Project, the bakery is now out of business – no longer able to give jobs to ex-offenders.

Oakland Post Editor Chauncey Bailey is generally presumed to have been killed to prevent him from reporting a story he was investigating. But was it a story about the bakery that got him killed?

In an interview by Bay View Associate Editor JR Valrey, Paul Cobb said that Chauncey was investigating police corruption just prior to his murder. It’s not surprising that the police wouldn’t be eager to follow that lead, but the Chauncey Bailey Project, too, has totally ignored it.

Instead, in its epic “Evidence ignored in Chauncey Bailey case,” published by the Tribune Oct. 25, the project has seized on the cell phone records of bakery head Yusuf Bey IV as evidence of a conspiracy to kill Chauncey. Now the frenzy stirred up by the project’s conspiracy theory may bring Oakland-mayor-turned-Attorney-General Jerry Brown back to Oakland and cause some high level heads to roll at the Oakland Police Department.

What conspiracy? The only evidence of the conspiracy cited by the project are cell phone records of conversations between Bey and my colleague JR Valrey the night before Chauncey’s murder. But, as JR explains in “A journalistic critique of the Chauncey Bailey Project,” those calls had nothing to do with Chauncey. Valrey was simply inviting Bey to a meeting the next day about the police shooting of a 15-year-old.

The police probably listened to the tapes of those calls and dismissed them as irrelevant. Why didn’t the eminent journalists of the Chauncey Bailey Project do likewise?

Bob Butler, one of the three writers of these Chauncey Bailey Project stories, also heads the Bay Area Black Journalists Association. That’s a post Chauncey once held. But unlike Bob Butler, whose writing displays his unfamiliarity with the work of both JR Valrey and the San Francisco Bay View, Chauncey held Black journalists and the Black press in high regard and was intimately familiar with and respectful of their work.

I am appalled by the Chauncey Bailey Project for journalism so sloppy – if not libelous – as to unquestioningly implicate a fellow journalist in its murder conspiracy theory. I am appalled too by the Tribune for its failure to fact-check the project’s stories – not to mention its firing of Chauncey, which infuriated the Black community. And finally, I am appalled by KPFA News for broadcasting the project’s conspiracy theory in an attempt to smear JR Valrey, a fellow KPFA staff member.

Chauncey Bailey was beloved for courageously defending and uplifting the Black community, but the project that bears his name seems oblivious to that legacy. Chauncey’s legacy is a tough challenge to perpetuate considering the virulent racism that is driving Blacks out of San Francisco and Oakland at a record-breaking rate. Clearly, these three media are not up to the challenge.

In attacking Valrey, a Black journalist who is undeniably carrying on Chauncey’s legacy, and the bakery, which undeniably provided jobs for ex-offenders, Chauncey’s top issue in his interview with the next president of the United States, it appears to me that all three of these major news media, with access to an audience of millions, are intentionally inflaming racial tensions and betraying the legacy of Chauncey Bailey.