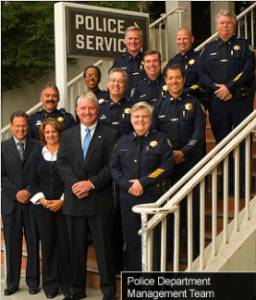 Racism. With the landslide victory of Barack Obama in our presidential election, there are segments of our society, nationally and globally, who feel this concept is a thing of the past. Thankfully, we have tyrants in positions of power like Palo Alto Police Chief Lynne Johnson to keep everything in proper perspective.

If you are not familiar, on Oct. 30, at a community meeting in Palo Alto, Johnson stated in response to a rash of robberies in the area, “If my officers see an African American who has a do-rag on his head, absolutely the officers will be stopping and trying to find out who that person is.” The most worrisome part of this whole ordeal is that the majority, if not all, of African-descended people who frequent the area are aware of this harsh reality.

Although she framed the comment as merely a response to recent robberies, this type of racial harassment is unofficial policy known by all parties involved. According to some elders, both Black and white, this is part of the city’s ethnic cleansing campaign of Blacks who occupy expensive property the ruling class deems should be used at their disposal.

In conversation with Black residents of East Palo Alto and surrounding cities, they have all told me that as soon as they cross the bridge, they are at risk of being pulled over. There is a perception that if you are Black and in Palo Alto, you are not living there and are furthermore a criminal threat to those who do.

This terrorism is so intense that residents of San Jose have discussed standing at the crossing point between East Palo Alto and Palo Alto in order to make sure that the constitutional and human rights of Blacks/Africans and other oppressed communities are not violated.

Despite the fact that on their website the police department states that policing is conducted without racial or ethnic bias, their own records show a completely different reality. Palo Alto consists of around 60,000 people, with Whites/European-Americans comprising 76 percent and Blacks/African-descendants making up around 2 percent of the population.

Concentrating on just the problem of Driving While Black in examining traffic stops, so far this year 270 people of European descent have been arrested after being stopped. With 45,000 people, that averages to one White person being arrested at a stop per 167 White residents. In stark contrast, with 186 arrests out of a population of around 1,200, one Black person will be arrested at a stop per six or seven Black residents!

Guess we better start walking. Oh wait, then that leaves open the possibility of being identified as a street robber stick-up kid as Chief Johnson has done to our community as a whole.

Mayor Larry Klein stated that Johnson’s comments were “unacceptable, unconstitutional and un-American.” I agree with the first two characterizations, but as this country has consistently shown, the demonizing and scapegoating of Black people and other oppressed communities is as American as apple pie.

Somehow, I feel that won’t change with just the election of a Black president. It takes the mobilization of the Black community. As always,

“Young Rebel” Yoreb Ku Ba, who writes for Silicon Valley De-Bug, can be reached at youngrebel84@yahoo.com. Junya, junya@idiom.com, a Palo Alto resident who wrote a series of articles for the Bay View about Albert Hopkins’ heroic battle for justice against the Palo Alto Police Department, supplied references for this story. 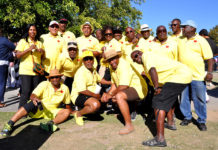 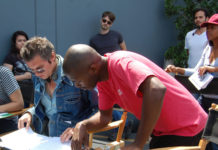 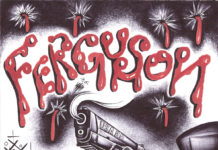 Hands up! Don’t shoot: The genocidal killing of Michael Brown 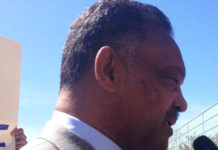