The Democratic Republic of Congo, formerly Zaire, has been entangled in a humanitarian catastrophe for the past 12 years. Some of us remember the first elected prime minister of the Congo, Patrice Lumumba, as he brought to the world the vision of a prosperous Congo where this beautiful land will benefit the Congolese people and not world corporations.

For many of us, our memory of the Congo is the “Rumble in the Jungle,” when Muhammad Ali pulled off the improbable victory against George Foreman in 1974. Today, there is plenty of rumbling in the Congo, and it does not bode well for the people.

A modern day holocaust is occurring in this picturesque land of abundance. This central African country, which sits in the heart of Africa, straddles the equator and is bordered by nine other African countries. It is the size of Western Europe and pivotal for the entire African continent; as Congo goes, so goes Africa. 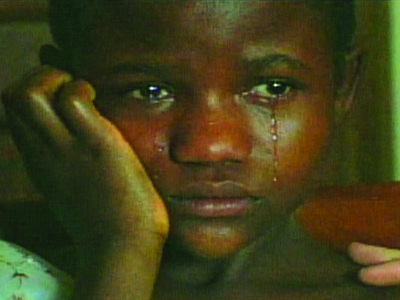 Since 1996, it is estimated that nearly 6 million people have died in the Congo, hundreds of thousands of women have been raped as a tool of war, and Congo’s enormous wealth has been plundered by the international community. The United Nations says that the conflict is the deadliest since World War II. Unfortunately, the conflict has been presented to our community through the pathological lens of the mainstream media, much the same way stories are presented about issues of violence in urban America.

We have been led to believe that this is a case of depraved Black people wantonly killing each other. As a result, we shy away from the issue in shame. The truth is 6,000 armed rebels backed by U.S. ally Rwanda are holding a nation of approximately 60 million peace-loving people hostage.

The central cause of the conflict is the scramble for Congo’s spectacular wealth of gold, diamonds, copper, cobalt, tin, zinc, coltan – a mineral that is central to the functioning of cell phones, lap top computers, video games and many electronic devices. The issue at hand is who is going to control Congo’s wealth and for whose benefit. This has been the main issue in the Congo since the late 1880s and what led to the assassination of Congo’s first freely elected prime minister, Patrice Lumumba, by the U.S. and Belgium.

President-elect Barack Obama is intimately aware of the current situation in the Congo. He sponsored a bill on the Congo as a senator, which passed in 2006. He is clear about the importance of the Congo to the entire African continent. He says, “If Africa is to achieve its promise, resolving the problem in the Congo will be critical.”

In light of the current upheaval in the Congo that has resulted in unbearable suffering for a beleaguered people, President-elect Barack Obama should put the Congo at the top of his list of foreign affairs issues to tackle. In addressing the Congo, there are concrete policy prescriptions that he can pursue which would put the Congo and the Central African region on a path to peace and stability.

1. Stop giving President Paul Kagame of Rwanda carte blanche to intervene in the Congo. Kagame invaded Congo twice, in 1996 and 1998, and occupied Congo for six years, from 1996 to 2002, and the biggest fight he had in the Congo was with his ally Uganda over minerals and not the so-called Hutu rebels who participated in the 1994 genocide in Rwanda, which he uses as a pretext for invading the Congo.

2. Call for a political process that leads to the democratization of the Rwandan political landscape, which would allow disaffected “Hutus” to leave Congo and go back to Rwanda to participate in political life. Lack of democracy in Rwanda feeds instability in the Congo

3. A radical change is needed in U.S. policy, which currently favors corporate exploitative interests – see Dan Rather’s “All Mine” report – and has contributed to the exacerbation of the problem in the country.

The International Crisis Group study of July 2007, “Consolidating the Peace,” clearly documents how the U.S. skewed the electoral system to favor former rebel leaders, one of whom is Joseph Kabila, who is now the president of Congo. Kabila had no political history whatsoever in the Congo, yet the West provided him nearly unconditional support to ascend to the head of government.

Many brilliant Congolese leaders who truly care about their people have been systematically sidelined because the U.S. is not confident that these Congolese men and women will serve its corporate interests. Hence, the U.S. assured the victory of a weak “leader” who would guarantee unfettered access by U.S. corporations to Congo’s wealth.

4. The solution to the current crisis is political and not military, as is being proffered by many European states. Should the U.S. tell Kagame to stop its support of proxy rebel forces in the Congo, the killing and mass displacement of the people would stop. The U.S. has enormous leverage over Kagame yet has not exercised it.

5. Finally, the U.S. should support national reconciliation in the Congo and support the rightful ownership of Congo’s wealth for the people of the Congo. The Carter Center and the United Nations have made clear policy recommendations that would further this policy but the U.S. government has refused to act on those recommendations, which would ultimately give the Congolese more control over their own wealth and set them on a path to self-sustainability.

For President-elect Obama and the newly strengthened Democratic majority in Congress to act on the above prescriptions, they must be made aware that there are people throughout the country who care about what happens to Black people in Africa. Join the global “Break the Silence” movement around the Congo and let our leaders know that change must come to Congo if Africa is to move forward as a continent.

Congolese activist Kambale Musavuli is student coordinator and a spokesperson for Friends of the Congo. He can be reached at Kambale@friendsofthecongo.org.