Why aren’t his lawyers listening to King, the Angola 3 member who freed himself with his legal expertise? 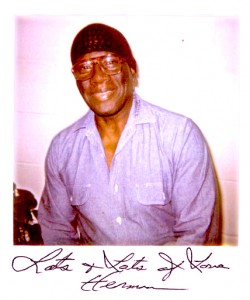 Robert H. King, Angola 3 activist, former political prisoner, called to tell me that Herman Wallace, while visiting with Jackie Sumell and her friend, had what appeared to be a heart attack or stroke. Alarmed, Jackie banged on the door of the locked visiting room to get guards’ attention. After what she described as a long time, they responded and sent for emergency medical aid.

At this printing, I don’t know where Herman is or what the diagnosis is. Was it a stroke? Was it a heart attack? How is he doing? He lost consciousness and I don’t know if he came to before he was taken away. What I gather is, now the treating physician is saying that Jackie overreacted and that Herman is fine and is being released tomorrow.

This is unbelievable! Given the current state of medical care in the prison system in California, due many say to overcrowding, and though this might be a contributing factor, the malaise associated with prison health care or lack thereof throughout the country has more to do with the careless disregard for life this government has for those citizens behind bars.

It is the same with Africans during slavery; animals were treated better. In many cases, they still are. My cat had a medical policy and got regular check-ups. She even had a homeopathic doctor – not so men and women behind bars. And it’s not because taxpayers like me don’t care. Many of us do.

In the radio series I hosted for three consecutive weeks this month on www.WandasPicks.asmnetwork.org, the last conversation we had a week ago looked at safety and the need for the attorneys to file a temporary restraining order for both Albert Woodfox and Herman Wallace, the other members of the Angola 3, three Black Panthers held in solitary confinement in the notorious Louisiana State Prison in Angola for a record three-plus decades, because their lives were in danger. Nothing has happened and the men are still in the hole.

Robert H. King, who knows the law, in some ways better than the attorneys representing Albert and Herman, has offered suggestions to the legal team to ensure the safety of his friends and their release – all ignored. King is the reason why Albert had a second trial and his efforts are the reason why he is free now. There are some things one can’t learn from a book and when the stakes are high and one’s life is in the balance – and the enemy is coming for you – you take a much sharper aim because you might only get one shot and that shot has to hit its target. 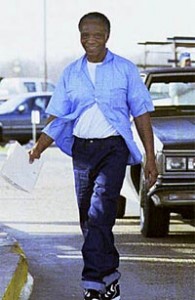 Why did the legal team advise Albert’s niece against speaking to her neighbors when she asked them if they thought it a good idea to alert them to her uncle’s release and stay with her during the court proceedings? If she had, then when the prosecution began their fear and slander campaign, the neighbors would have recognized it for what it was – lies and more lies.

Why didn’t the attorneys take the advice of comrades like Gail Shaw and others who suggested they give Judge Brady a list of possible residences – not just one – where Albert could reside when they did their summations? Now they have to scramble and get alternative places approved when, if the other had been in place a month ago, Albert would be out on bail now.

Why did the legal team stall for a year in filing a writ to make the state judge rule on Herman’s case in 2005? Instead the judge sat on it for a year and then it took another year, 2007, for the case to get moving in the courts again? King told the attorneys to file the paper and when they didn’t, he told Herman, but Herman believed in the team, and after waiting for 36 years, what was two more?

It might be unintentional, but white privilege is a disease that has no cure. Its bite is deadly and like rabid animals there is nothing left to do oftentimes other then shoot the beast. Now, I would hope the folks in A3’s corner just need a booster shot, but really they need to humble themselves and listen and follow instructions.

King and Geronimo ji jaga, former political prisoner and strong A3 supporter, are experts. This is not a lesson from a workbook; they know what it’s like to do long hard time in these places where one can never rest and one can never let his guard down, where one often cannot trust anyone other than oneself.

King said the A3 attorneys are waiting to hear what Angola Warden Burl Cain says about Herman’s condition. This is why they have not acted proactively and gone to see how Herman is doing with their own medical expert in tow.

The warden might be responsible for Herman’s condition. Food poisoning is not an unreasonable assumption. Why would the legal team believe anything the prison had to say when the position is Albert and Herman are guilty and they are not getting out, no matter what the federal justice system says?

Some conspiracy theories are valid. Did you see the recent BET special on COINTELPRO?

I certainly hope tomorrow I have good news for everyone, but I know this is not a fairytale and while I will remain optimistic, if the minds of the legal team don’t change then I am not very hopeful. If nothing else, this is a lesson why people of conscience need to get the degrees and licenses necessary so that they can do the work others cannot do. Visit www.Angola3.org and www.A3Grassroots.org.

Herman Wallace, incarcerated member of Angola 3, was hospitalized for a short time yesterday after passing out while visiting with Jackie Sumell, the artist he worked with on “The House that Herman Built.” Herman called his sister Vickie this morning and told her he was back in his cell and to tell everyone not to worry; he’s fine.

If we take the word of the prison authorities regarding the health and well-being of our brother, then we are more foolish than I thought. It’s a fifth weekend, which means at Angola State Prison in Louisiana, no one can visit on Saturday and Sunday. Attorneys can visit, however, and one of the legal team should visit Herman – and check on Albert too – so that he can assess the situation visually and hopefully medically, with an outside practitioner.

Herman does have a diagnosis of heart disease, Robert H. King said. We are not acting overzealously in our concern, which is what prison officials told Jackie I’m told. (I haven’t been able to reach Jackie either Friday or Saturday, Nov. 28 or 29.)

I spoke to Mwalimu Johnson of the Capital Post-Conviction Project of Louisiana and a former political prisoner, who suggested the legal team file the restraining order anyway – a recommendation from Geronimo ji jaga and Robert H. King, both former political prisoners and prisoners of war. Even without proof, the document will be on file and in Herman Wallace and Albert Woodfox’s records should the need arise to reference them.

Such legal foresight could also serve as a deterrent for any possible plans the institution might have for harming these men as they have over the almost 40 years the state of Louisiana has had control of their physical mobility.

Herman is still in the hole, after a short time spent in a hastily constructed cell block in May 2008, after nearly 36 consecutive years in solitary confinement. Both he and Albert are back in solitary confinement. Freedom is a constant struggle as is the struggle for justice and equality, especially for descendents of enslaved Africans on, of all places, a former plantation.