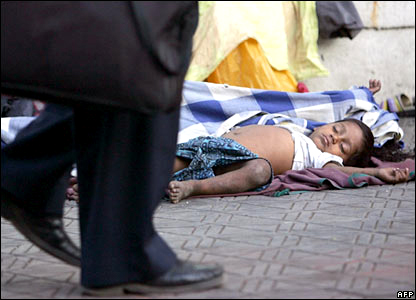 On the day he died, Dr. Martin Luther King Jr. called his mother to give her his next Sunday’s sermon title: “Why America May Go to Hell.” In his 1968 call for a Poor People’s Campaign, he warned that “America is going to hell if we don’t use her vast resources to end poverty and make it possible for all of God’s children to have the basic necessities of life.”

As Christians prepare to celebrate the birth of the most famous poor baby in history, imagine God seeing our very wealthy family blessed with six children. Five of them have enough to eat and comfortable warm rooms in which to sleep. One does not. She is often hungry and cold. On some nights, she has to sleep on the streets or in a shelter and even be taken away from her neglectful family and placed in foster care or a group home with strangers.

Imagine this rich family giving five of its children nourishing meals three times a day and snacks to fuel boundless energy but sending the sixth child from the table to school hungry, with only one or two meals and never the dessert the other children enjoy.

Imagine this very wealthy family making sure five of its children get all of their shots, regular health checkups before they get sick and immediate access to health care when illness strikes but ignoring the sixth child, who is plagued by chronic respiratory infections and painful toothaches, which can abscess and kill for lack of a doctor or a dentist.

Imagine this family sending five of its children to good stimulating preschools and making sure they have music and swimming lessons after school but sending the sixth child to unsafe daycare with untrained caregivers responsible for too many children or leaving her occasionally with an accommodating relative or neighbor or older sibling or alone.

Imagine five of the children living with books in a family that is able to read to most of its children every night, but leaving the other child unread to, untalked and unsung to, unhugged or propped before a television screen or video game that feeds her violence and sex and racially- and gender-charged messages, intellectual pablum, interrupted only by ceaseless ads for material things beyond the child’s grasp.

Imagine this family sending some of their children to high quality schools in safe neighborhoods with enough books and computers and laboratories and science equipment and well prepared teachers but sending the sixth child to a crumbling school building with peeling ceilings and leaks and lead in the paint and asbestos and old, old books – and not enough of them – and teachers untrained in the subjects they teach and with low expectations that all children can learn, especially the sixth child.

Imagine most of the family’s children being excited about learning and looking forward to finishing high school, going to college and getting a job but the sixth child falling further and further behind grade level, not being able to read, wanting to drop out of school, and being suspended and expelled at younger and younger ages, because no one has taught her to read and compute. And no one has diagnosed her attention deficit disorder or treated her health and mental health problems or helped her keep up with her peers.

Imagine five of the children engaged in sports and music and arts, in after-school activities and summer camps and in enrichment programs but the sixth child hanging out with dubious peers or going home alone because Mom and Dad are working, in prison or running away from their parenting responsibilities and escaping by using drugs and alcohol, leaving her alone or on the streets during idle non-school hours and weeks and months, at risk of being sucked into illegal activities and the prison pipeline or killed in our gun-saturated nation.

This is our American family today, where one in six of our children – 13 million children – lives in poverty in the richest nation on earth, more than 40 percent of them in extreme poverty. It is not a stable, healthy, economically sensible or just family. Our failure to invest in all our children before they get sick or drop out of school, get pregnant or get into trouble is extremely costly. Every year that we let 13 million children live in poverty costs $500 billion in lost productivity, crime and health costs.

As our political leaders ponder our nation’s choices over the next 60 days, let them remember the millions of children living in poverty and extreme poverty and without health coverage and put their needs first and not last. Our economic futures depend on it and so does our nation’s soul.

Marian Wright Edelman, whose latest book is “The Sea Is So Wide And My Boat Is So Small: Charting a Course for the Next Generation,” is president of the Children’s Defense Fund. 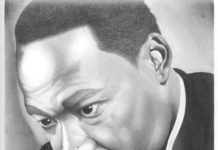