Special to the NNPA from the Richmond Free Press 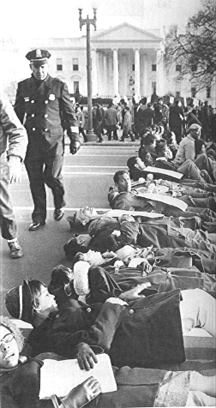 (NNPA) – When the new First Family takes up residence in the White House in January, Barack and Michelle Obama and their daughters will be living in a historic mansion that was built in large measure with slave labor.

From the early 1790s when the cornerstone of the White House was laid, to the mansion’s rebuilding in 1815 after a ruinous fire, the talent and labor of African-American slaves went into creating what is still considered today as America’s finest 18th-century stone building.

Free African-Americans and immigrant Scots also participated in the construction. Skilled slaves – from quarrymen to carpenters and brick makers to sawyers – turned raw materials into the lumber, stone, brick and nails that ultimately became the home at 1600 Pennsylvania Ave.

Slaves quarried and cut the rough stone from the government’s quarry at Aquia, in Northern Virginia.

They also turned out bricks used for the temporary worker huts that were built on the grounds. Much of the lumber came from a slave-managed mill at White Oak Swamp near Richmond. Many of the slaves were rented out by their owners to help construct the landmark, documents from the period show.

The owners were paid $5 a month. Slaves “handled carpentry, cleared the grounds, worked in the quarries and lumber mills and poured concrete,” according to a 2005 article in The Crisis, the national NAACP’s magazine. “Fed cornbread, beef and pork and living in huts on the Capitol grounds, the slaves were also given medical attention. The cost of clothing and inoculations were docked from the slave owners’ rent,” the article stated. When the White House was nearly finished in the late 1800s, President John Adams of Massachusetts was its first occupant.

The second occupant, Thomas Jefferson of Virginia, started a tradition that continued with other slave-holding presidents – they brought their personal slaves to help staff the White House.

In 1801, President Jefferson took about a dozen slaves from Monticello with him as he set up occupancy in the White House. Many lived in quarters on the White House’s first floor, while others slept on the second floor in the first family’s quarters.

While largely overlooked, the role of slaves in building the president’s home has drawn some attention in recent years. In 2005, Congress created a task force to recognize the role of slaves in the construction of the White House, the Capitol and other government buildings in the nation’s capital. A proposal to build a memorial to slaves later was introduced in Congress, but not approved.

However, Congress has authorized the Smithsonian to develop the National Museum of African-American History and Culture. 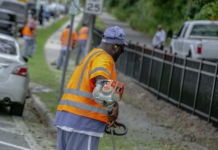