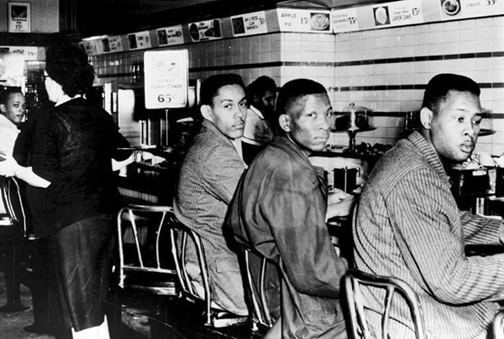 Chicago worker Raul Flores’ job is gone, but he’s still there. “I’ve got a family to support, so I’ve got to do whatever it takes,” he says. “It’s going to be hard. The economic situation is not good, but I can’t just wait for something to happen to me.”

That puts Flores in the same boat as millions of other U.S. workers. Last month alone 533,000 workers lost their jobs, the highest figure in 34 years. A week ago, the heads of the big three auto companies were in Washington, D.C., pleading for loans to keep their companies afloat.

As a price, lawmakers and pundits told them they had to become “leaner and meaner” and, in response, General Motors announced it would close nine plants and put tens of thousands of workers in the street. Ford and Chrysler described a similar job-elimination strategy.

What makes Flores special? He didn’t just accept the elimination of his job. Instead, he sat in at the Chicago plant where he worked for six days, together with 240 other union members at Republic Windows and Doors.

Republic workers were not demanding the reopening of their closed factory. They’ve been fighting for severance and benefits to help them survive the unemployment they know awaits them. Yet their occupation can’t help but raise deeper questions about the right of workers to their jobs.

Can a return to the militant tactics of direct action, that produced the greatest gains in union membership, wages and job security in U.S. history overturn “the inescapable logic of the marketplace”? Can employers, and the banks that hold their credit lines be forced to keep plants open?

Unlike the auto giants, Republic was not threatening bankruptcy. It makes a “green product,” Energy-Star compliant doors and windows that should be one of the bedrock industries for a new, more environmentally sustainable economy. But Bank of America, as it was receiving $25 billion in federal bailout funds, pulled the company’s credit line. 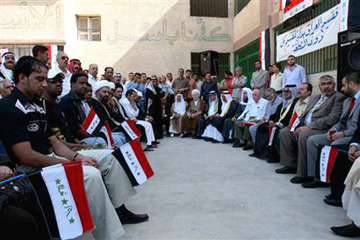 Perhaps that alone led President-elect Obama to support the workers. The bank-enforced closure undermines his program for using environmentally sustainable jobs to replace those eliminated in the spiraling recession. He called Republic workers “absolutely right. What’s happening to them is reflective of what’s happening across this economy.”

Federal law requires companies to give employees 60 days notice of a plant closure or pay them 60 days severance pay to give them breathing room to find other jobs. Republic workers got three days and no money.

“They knew they’d be out on the street penniless,” says Leah Fried, organizer for Local 1110 of the United Electrical Workers. “When the negotiating committee came back to the factory to report that the company didn’t even show up to talk with them, the workers were so enraged they voted unanimously not to leave until they got their severance and vacation pay.”

While the workers’ acted to gain their legally-mandated rights, the plant occupation resurrects a tactic with a radical history. In 1934, auto workers occupied the huge Fisher Body plants in Flint, Michigan, and when the battle was over, the United Auto Workers was born. Sit-down strikes spread across the country like wildfire. Occupying production lines in plant after plant, workers won unions, better wages and real changes in their lives.

Seventy years later, the workers who have inherited that legacy of unionization and security are on the brink of losing everything. Just since 2006, the United Auto Workers has lost 119,000 members. The threat of plant closure has been used to cut the wages of new hires in half, to $14.50, the same wage paid on the window lines at Republic, where the union is only four years old.

Flores certainly hopes that those whose livelihoods are in peril will rediscover the tactic. “This is the start of something,” he urges. “Don’t let it die. Learn something from it.”

And the sit-down was successful. After six days sitting-in and a rally of 1,000 people in front of the bank, JP Morgan, another beneficiary of federal assistance that owns 40 percent of Republic, put up $400,000, and Bank of America another $1.35 million. That was enough to pay the legally-mandated severance, the workers’ accrued vacation and two months of health care. Flores and his coworkers then voted to end the occupation.

Fran Tobin, Midwest organizer for Jobs with Justice, a coalition of labor and community groups with chapters around the country, shares Flores’ optimism. “I think this is not the last time we’re going to see American workers occupying American plants, as part of a move to save jobs and turn things around,” he says.

Organizers for Jobs with Justice are fanning out with a program they call a “Peoples’ Bailout.” “We need to ask, ‘What kind of an economy and recovery do we want?'” Tobin emphasizes. He lists funds for a jobs program, rather than huge loans to banks, along with a moratorium on home foreclosures, investment in infrastructure repair, and helping local and state governments – and public workers – survive the crisis without massive budget cuts.

Flores, Tobin and Fried all agree that none of those demands can be won without unions and workers willing to fight for them. That makes the Republic plant occupation more than just a local confrontation. “This might not be the right tactic in every situation, but people know we need to be fighting back,” Fried says.

Will the unions in auto plants and other workplaces hit by layoffs take up the challenge of the Republic workers? To Flores, they have to do something more than just watch the elimination of their jobs. “We’ve got to fight for our rights,” he emphasizes. “It’s not fair that they just kick us out on the street with nothing. Somebody has to respond.”

David Bacon is a Bay Area-based photojournalist documenting labor, globalization and migration. He is the author of “Illegal People: How Globalization Creates Migration and Criminalizes Immigrants,” “Communities Without Borders” and “The Children of NAFTA: Labor Wars on the U.S.-Mexico Border.” This story first appeared in New America Media, where Bacon is associate editor. For more of his articles and images, visit http://dbacon.igc.org.