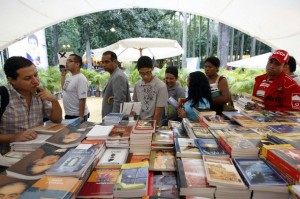 Democracy from the bottom is evolving as a 10-year social revolution in Venezuela. Led by President Hugo Chavez, the United Socialist Party of Venezuela (PSUV) gained over 1.5 million voters in the most recent elections Nov. 23.

“It was a wonderful victory,” said Professor Carmen Carrero with the communications studies department of the Bolivarian University in Caracas. “We won 81 percent of the city mayor positions and 17 of 23 state governors,” Carrero reported.

The Bolivarian University is housed in the former oil ministry building and now serves 8,000 students throughout Venezuela. The university (Universidad Bolivariana de Venezuela) is symbolic of the democratic socialist changes occurring throughout the country.

Before the election of Hugo Chavez as president in 1998, college attendance was primarily for the rich in Venezuela. Today over 1.8 million students attend college, three times the rate 10 years ago.

“Our university was established to resist domination and imperialism,” reported Principal (President) Marlene Yadira Cordova in an interview Nov. 10. “We are a university where we have a vision of life that the oppressed people have a place on this planet.”

The enthusiasm for learning and serious, thoughtful questions asked by students I saw that day was certainly representative of a belief in the potential of positive social change for human betterment. The university offers a fully-staffed free healthcare clinic, zero tuition and basic no-cost food for students in the cafeteria, all paid for by the oil revenues now being democratically shared by the people.

I interviewed Carmon while visiting the Patare community TV and radio station, one of 34 locally controlled community television stations and 400 radio stations now in the barrios throughout Venezuela. Community radio, TV and newspapers are the voice of the people, where they describe the viewers and listeners as the “users” of media instead of the passive audiences.

Democratic socialism means healthcare, jobs, food and security in neighborhoods where in many cases nothing but absolute poverty existed 10 years ago. With unemployment down to a U.S. level, sharing the wealth has taken real meaning in Venezuela.

“We have moved from a time of disdain [pre-revolution, when the upper classes saw working people as less than human] to a time of adjustment,” proclaimed Ecuador’s minister of culture, Gallo Mora Witt, at the opening ceremonies of the Fourth International Book Fair in Caracas Nov. 7. Venezuela’s minister of culture, Hector Soto, added, “We try not to leave anyone out … Before the revolution the elites published only 60-80 books a year; we will publish 1,200 Venezuelan authors this year … The book will never stop being the important tool for cultural feelings.”

In fact, some 25 million books – classics by Victor Hugo and Miguel de Cervantes along with Cindy Sheehan’s “Letter to George Bush” – were published in 2008 and are being distributed to the community councils nationwide. The theme of the International Book Fair was books as cultural support to the construction of the Bolivarian revolution and building socialism for the 21st century.

In Venezuela the corporate media are still owned by the elites. The five major TV networks and nine of 10 of the major newspapers maintain a continuing media effort to undermine Chavez and the socialist revolution.

But despite the corporate media and continuing U.S. taxpayer financial support to the anti-Chavez opposition institutions from USAID and the National Endowment for Democracy ($20 million annually), two thirds of the people in Venezuela continue to support President Hugo Chavez and the United Socialist Party of Venezuela.

The democracies of South America are realizing that the neo-liberal formulas for capitalism are not working for the people and that new forms of resource allocation are necessary for human betterment. It is a learning process for all involved and certainly a democratic effort from the bottom up.

Peter Phillips is a professor of sociology at Sonoma State University and director of Project Censored. The “Censored 2009” yearbook was just released in Spanish at the 2008 International Book Fair in Caracas. He can be reached at phillipp@sonoma.edu.